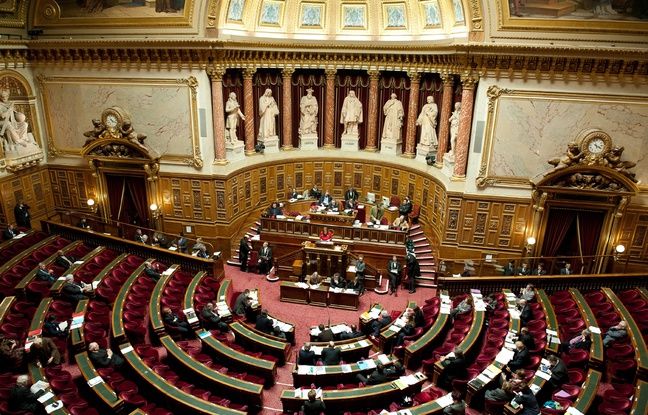 Today in France, 350,000 children and young people benefit from child protection. Shortcomings are regularly pointed out in the monitoring and reception of these minors, about half of whom are placed in institutions or with foster families. In order to remedy this, the Senate is considering a bill until Wednesday, the final adoption of which is scheduled for the beginning of the year.

This text “aims first of all to improve the safety of children, whether emotional, material or physical”, assures the Secretary of State in charge of Children Adrien Taquet. Voted unanimously at first reading by the National Assembly in July, the bill is eagerly awaited by senators, even if they consider it “quite limited”.

Among the “shivers that go in the right direction”, the centrist Nadia Sollogoub notes the fact that the possibility of entrusting the child to a member of his family or to a “trustworthy third party” is systematically sought. The consecration of the “sponsorship” of children taken in charge by the ASE by volunteers. Or the principle of providing for the care of siblings in the same place of reception. The bill was adopted in committee by senators on October 20.

“Nobody’s Child”, inspired by my story and directed by Akim Isker, will be broadcast this Monday at 9 pm on @ France2tv. I hope that this punchy film will raise awareness about the plight of children in care.

Among the main changes made in committee, the senators have provided for a total ban on the accommodation of protected minors in hotels. The deputies had kept the possibility of resorting to it “on an exceptional basis” for two months maximum, in order to respond to emergency situations. This ban would apply within two years. Only emergency receptions in “youth and sport” structures would be authorized.

Regarding young adults, whose text strengthens support towards autonomy, they have explicitly included the principle of a “right of return” to Social Assistance for Children (ASE) up to 21 years. . An addition that the government will support. It was also hailed as “a crucial point” by the Collectif Cause Majeur, which brings together around twenty child protection associations, but which nevertheless considers “necessary to go further”. The government will propose an amendment in the hemicycle to “clarify” the wording.

The SOS Children’s Villages association also calls for the reinstatement of the article adding young adults followed by ASE to the priority public for the allocation of social housing, deleted by the senators in committee. Today, “a quarter of homeless people born in France are former children placed with ASE “, Notes the Collective, a figure which reaches 40% for those under 25 years old.

The senators propose the creation, on an experimental basis, and for the departments which so wish, of a departmental committee for the protection of children. They approved in committee an increase in the remuneration of family assistants, who take in placed children in their homes. And they have planned that they will be involved in the development and monitoring of the project for the child. The senators further clarified the procedures for checking the criminal records of child protection workers, particularly in matters of sexual offenses.

The left will oppose the article making compulsory the use of the national file AEM (“support for the evaluation of the minority”), in order to better identify young foreigners who have filed protection applications in several departments.

The government has also tabled an amendment to this text to include support for child victims of prostitution among the missions of social assistance to children.