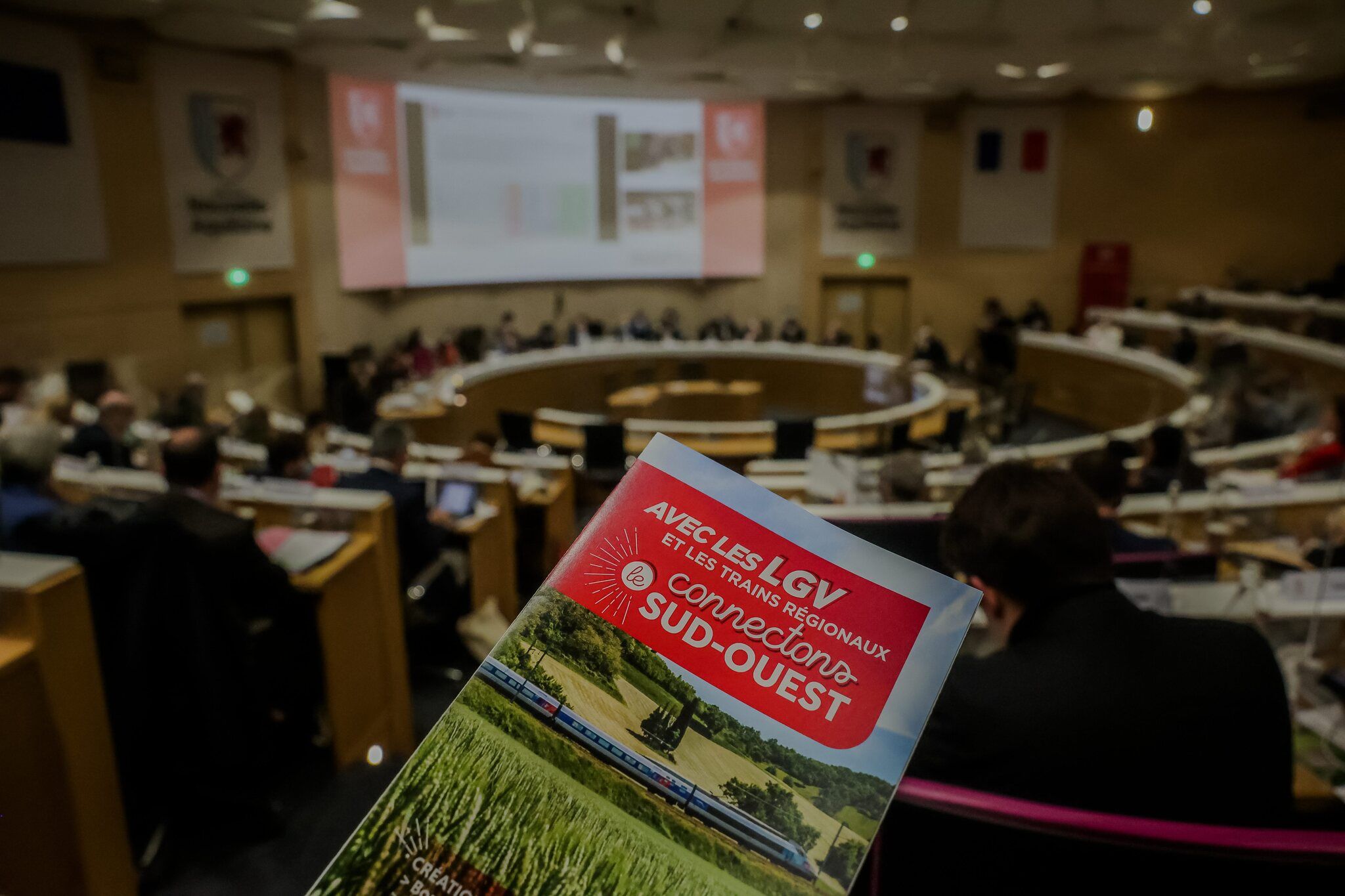 Unsurprisingly, the Nouvelle-Aquitaine region voted, Monday, December 13, to finance two high-speed rail lines (LGV) to Toulouse and Dax. Regional elected officials have decided to allocate 710 million euros to the public establishment responsible for financing the Grand Projet du Sud-Ouest (GPSO), which provides for the creation of these new lines as an extension of the Paris-Bordeaux LGV.

The president (PS) of the region, Alain Rousset, welcomed a vote “by a large majority” – only the environmental groups and RNs had spoken out against – which commits “the life of the region for today” hui, tomorrow and the day after tomorrow ”.

The objective of the GPSO, an old project relaunched this year by the government, is to save an hour of travel to Toulouse, putting the 4th largest city in France at 3:10 from Paris, and 20 minutes to Dax. Its bill, estimated at 14.3 billion euros, must be settled at 40% by the State, which will release 4.1 billion for Bordeaux-Toulouse but has not yet committed to Bordeaux-Dax, at 40% by the local authorities of Occitanie and Nouvelle-Aquitaine, and 20% by the European Union. Its financing plan must be finalized these days, which will allow the creation by ordinance by April of the public financing establishment.

If the 16 communities of Occitania concerned quickly agreed to raise 2.2 billion euros, this was not the case for the eleven communities of Nouvelle-Aquitaine, which must bring together 1.7 billion euros. ‘euros. The departments of Lot-et-Garonne and Gironde have preferred to finance “daily trains”. Saturday, December 18, the urban community of the Basque Country could also vote “against”.

→ ANALYSIS. Bordeaux and New Aquitaine tear up over LGV projects

This week, the agglomeration communities of Dax, Agen and Pau, and the department of Pyrénées-Atlantiques, could join the “pro” camp. One hundred and fifty million euros could be missing from the neo-Aquitaine common pot, which is not “insurmountable”, estimated Alain Rousset last week.

Coming from Lot-et-Garonne and Gironde, some 150 people – including twenty local elected officials in tricolor sashes – also demonstrated, Monday morning, in Bordeaux, in front of the regional hotel, throwing into the air ” 10 billion euros “in Monopoly notes, symbol according to them of the” mismanagement “of public money of the project. These demonstrators also denounced the creation of a “LGV tax” which will affect individuals and businesses living within an hour of future lines. In session, the elected ecologist Lot-et-Garonnaise Maryse Combres accused the GPSO of “inflating the figures to justify its new lines” and stigmatized “a project from another time” which will affect “5,000 hectares of space natural areas, 236 hectares of wetlands and eight Natura 2000 zones ”.