It was necessary to blow on the embers and rekindle the flame. Above all, it was necessary to get rid of this dirty “hangover” – in the words of Ronan O’Gara, the coach of the Stade Rochelais -, which had left the two lost finals of last season in the European Cup and in Top 14. In their home, the Maritimes soothed these old stigmas by winning 20-13 for their Champions Cup debut against the Scots of Glasgow on Sunday 12 December.

From the kick-off, the Rochelais’ desire to do well was obvious. But the speed and rhythm cocktail, sprinkled with a certain nervousness, for a long time pushed them to the fault. Opportunities wasted by balls fallen on rough passes or escaping on contact, by a lack of support or by errors of attention such as this imprecise dismissal of West (9th) who offers possession to the Scots. At the end of the match, a new hand fault prevented them from validating the breakthrough of the third center line Grégory Alldritt (69th, 20-13) and from taking shelter from a transformed try. 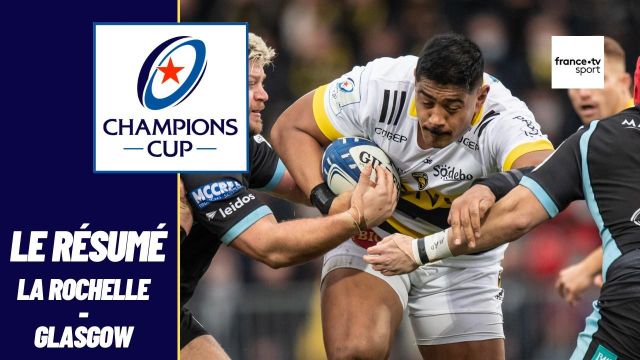 Overall, in conquest, nothing was easy for the Rochelais against a team which aligned on its scoresheet 13 Scottish internationals. Deprived of the ball in the first period, Ronan O’Gara’s players had to wait twenty minutes to reach the opposing 22 meters. For his part, the opener, Ross Thompson (22), great prospect of Scottish rugby, took advantage of their faults (8th, 15th) to offer the advantage to his team and perpetuate doubt in the minds of the Maritimes.

Approximate to start the game properly after a touchdown phase (12th, 20th, 26th), yet it is in this sector that the Maritimes ended up finding the solution and really entering their game. In the 31st, the left pillar Wardi escaped from a ball carried to unlock his team’s counter, while Ihaia West’s paw allowed them to be in front at half-time despite everything (10-6) . Despite the try of the winger Buliruarua (58th), came into play to replace Retière left on a stretcher for a suspicion of a fracture to the ankle, the Rochelais game could only be expressed in short sequences, cut by a slew of in-front.

“Solidarity made up for the friend’s mistake throughout the match,” summed up the second maritime line, Romain Sazy, perfectly at the end of the meeting. “We had to change the competition, adapt to refereeing. Victory is the main thing,” he added. It is a lesser evil in this competition where the club is ambitious and where the new hyper tight group format does not really offer room for error. To rule out headaches a little further, the Rochelais have every interest in validating this success as quickly as possible. They will have the perfect opportunity to face England’s Bath, the last of the Premiership.