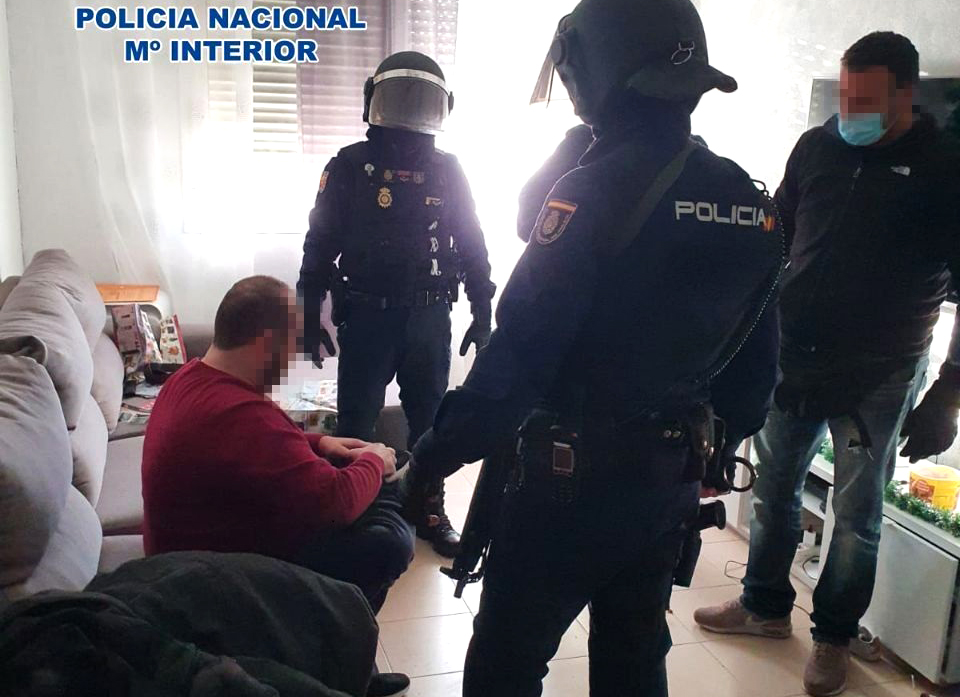 Life for Armando came to a halt in December 2017, the day he was sentenced to 11 years in prison for abusing his disabled cousin. Not at all. Inside his apartment in Torrejón de Ardoz, he tried to maintain a certain normality and had even placed Christmas decorations. Of course, he did not even look out of the windows for fear that they might see him, as he himself told the officers who detained him. His precautions were not enough to escape from the Police, who have just arrested him after four years in hiding so as not to comply with his sentence.

In all this time, the only person outside the family who was able to enter the home was an evangelical pastor. The fugitive assured the police that he has strong religious beliefs and most of the time he spent in hiding was dedicated to “reading the bible.” In four years, he only left his home on one occasion, when he became seriously ill from covid and had to go to a hospital. He showed up at the entrance window with his brother’s ID. Some of his relatives have helped and protected him during all this time, they were the ones who brought him everything he needed from the outside world.

He suffered from a chronic illness and it was his partner who was in charge of buying his medicines. His closest environment resided in a house in the same official protection block, which aroused the suspicions of the agents. Something that also caught his attention was that those close to him always agreed by calling the telephone, instead of using their keys. When his daughters asked him why he did not leave the house, he simply replied that he was sick and could not walk on the street.

For two years, the agents have kept a close watch on that farm until they found that the fugitive could only remain hidden there. They never saw him walk out the door. There was no rental or sale contract, no telephone line or vehicle in his name. He used his family members to continue his life as a fugitive.

According to the ruling of the Provincial Court of Madrid to which EL PAÍS has had access, Armando, who is now 42 years old, was convicted of repeatedly abusing his cousin who had a 38% disability. The minor, M., who was 13 years old when the abuse began, began to live with the detainee after the death of his parents in 2012. His mother was the fugitive’s aunt. His wife and two young children lived in the house of the detainee at that time, but in 2013 the couple separated for a time and Armando and his cousin moved to the house of the detainee’s parents. It was there that the touching began.

Shortly after, the minor was transferred to a children’s home, but the detainee could take him away on weekends. As stated in the court ruling, the detainee “was the only person with whom the minor maintained a link assimilable to the family member.” During the three successive years, the abuses were repeated each time the little boy was in the home of Armando’s parents. The minor he abused suffered a cognitive delay, but that did not prevent him from recounting in detail what his cousin did to him. “I didn’t like it,” “I was scared,” he told the police. The judges gave full credibility to the victim’s account and also sentenced the guilty to pay 5,000 euros to the minor for moral damages.

Several educators from her children’s home also participated in the trial. The director of the center assured that the victim was not “an imaginative child or a liar, he had no reason to invent it.” He also described the state of nervousness in which the little one returned from his outings with his cousin and that he had asked him several times not to go with him again. Armando denied everything and attributed the testimony of the minor to the jealousy that, according to him, he had of the attention he paid to his children. The detainee has a criminal record and the agents assure that he has “proven ability to evade police action.” He has eluded her for four years.

Videos | Derksen with Today Inside back on TV: ‘Even if I fall down dead, no excuses’