Miss France: “To pose in front of the TV to criticize women, to rate them, compare them, makes no sense”, denounces Dare feminism 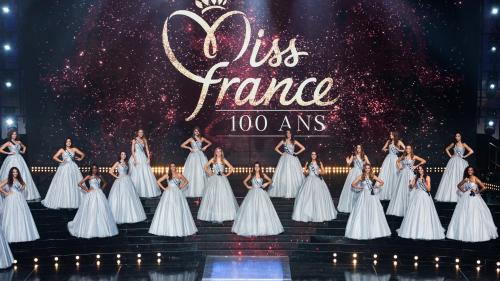 “The show as it exists conveys an image of the woman who is retrograde through all the criteria put in place”, denounced Saturday, December 11 on franceinfo Ursula Le Menn, the spokesperson for the Dare feminism association. The Miss France 2022 contest is held on Saturday evening in Caen at the Zénith de Caen, in Calvados, where the current Miss France is from, who will return her scarf “with a lot of nostalgia but without any regret”. The feminist association also denounces the absence of an employment contract for these women, and explains having initiated legal proceedings against the organizers of the competition.

What are the reasons for your denunciation of the organization of this Miss France contest?

Ursula Le Menn: The subject on which we have a lot of things to say is that of the production company Endemol and that of the company Miss France, which organize this whole show. This is a for-profit show on the back of the free labor of these women rehearsing for a month and a half without a contract of employment. They are not allowed to make irony in public on political matters, nor to smoke in public, nor to drink in public, or to have a boyfriend in public. This represents as much total control over their behaviors which are unacceptable.

According to you, this Miss France contest no longer needs to be?

We would like to be in a society which considers that sitting down in front of the television one evening to criticize women, to evaluate them, to rate them, to compare them, does not make any sense. For the moment, we are not there. What we are asking, what we want to do, is to create the debate so that, precisely, each and everyone can ask themselves if this program still has a meaning, in 2021, after MeToo?

“We understand that this is a show that appeals to people. There are still a lot of shows that are very watched despite the fact that they are misogynistic shows. There is no subject on it. t is important to question what we are watching, why we are watching it. “

We can also ask ourselves the question of why the Mister France competition has completely collapsed. It was simply because no one wanted to compare, rate and criticize their male physique. On the other hand, for women, it works very well. The answer is quite simply because we are in a society in which women are ubiquitous aesthetic objects.

Are you officially asking for the Miss France contest to be banned?

We are already asking that Miss France submit to the law, which is not the case in our opinion. This is why we have initiated proceedings against the competition and the company which organizes it. They do not have an employment contract. Endemol went back on his basics, saying there was no need for them to have one. Finally, they will have one for the show tonight.

However, they still do not have an employment contract for the month and a half during which she is preparing tonight’s show. Once they have an employment contract, the Labor Code applies and the Labor Code says that discrimination concerning, for example, being single, having a certain height, not having child, these are totally illegal hiring criteria.

Do you think that there is a France cut in two: the one which supports MeToo and denounces the machismo, and the one which watches Miss France?

I do not think that Miss France is the only revealing element of a France cut in two. We’re not saying that everyone who watches Miss France is inherently misogynistic. In any case, the spectacle as it exists conveys an image of the woman who is retrograde through all the criteria put in place. We find the image of the good woman to marry, of the young virgin well in all respects, who does not take up too much space, who does not speak too loudly, who does not pose too many problems. This image is completely outdated.