Last August the screening of the film Women at the edge of a nervous attack (1988) in the park of La Bombilla put to the test the most common way we have to watch movies. That day, the usual silence that reigns in this Madrid summer cinema was cut short by the loud comments of an exalted audience who knew how to recite each dialogue from Pedro Almodóvar’s script. The humorous and thoughtful incisions of the journalist and writer Valeria Vegas, in charge of directing the session, encouraged this, forcing the tape to be paused repeatedly, with a monologue that reached its climax when Vegas bathed in gazpacho in tribute to its protagonists. In the background, during the repeated breaks that lengthened the film until dawn, Paco Clavel warmed the atmosphere with hits of the time.

This Bollywood style of watching movies, explain its creators, was the key to the success of Cine Caliente, the film series performance of the Veranos de la Villa that sold out its 500 seats in a matter of days: “I spent several years in India and there they experience cinema in a totally different way. Sessions last five hours and people laugh, comment, eat, sleep, clap, and outrageously condemn or defend what they want. Something unthinkable in our way of seeing cinema ”, reflects Rosa Ureta, cultural manager and architect together with Juan Gómez Alemán of The Juan Gallery, the first gallery in Spain dedicated to living art which is authored by Cine Caliente. 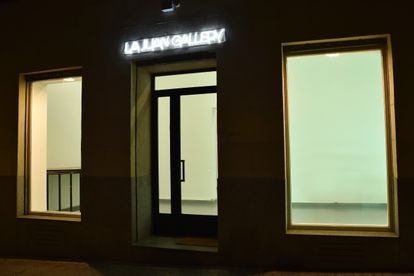 From their new headquarters in Madrid’s calle Fray Luis de León, they are changing the way of understanding performance art in our country, a subject that transcends, they point out, all kinds of areas, be it a film show, photography, art digital or dance. “The performance It is the artistic discipline that is most active among young people because it encompasses all the others. The body is the axis of everything ”, explains Ureta.

Its space in the Arganzuela district is not what you would expect from a typical gallery. There are no works, only snowy walls that are enlivened with their live programming every weekend at popular prices. “We do not represent artists or sell art, but rather a place to enjoy and live it. We have attracted very young people and underground, something very difficult today for the art world. This has a lot to do with the fact that we handle prices between three and 10 euros, sometimes it is even free. Culture is something very expensive in our country ”, points out La Ureta. With capacities still reduced by the pandemic, this space inaugurated this fall consolidates an agenda that began in September 2020 with the commissioning of the monthly cycle Canal Performance in the Teatros del Canal, which will soon host the guided tour of the Galician Lua Gandara or the work of the experimental artist Nora silva. 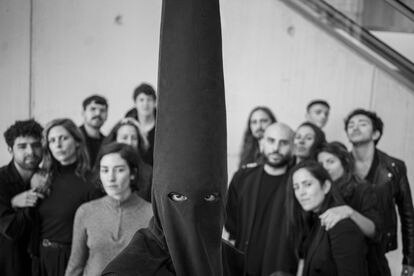 Defined as an intergenerational, inclusive, transversal and sectarian-free space, the gallery houses the most disparate artists. There is the activist silence of Miss Beige, there is the multidisciplinary work of Ernesto Artillo, there is the performance photographic of Marta Pinilla. Humor, denunciation or political commitment are well seen. The only thing that is excluded are purism and offense. “More than artists we are interested in ideas, the universes around which the works are generated. We try to have established artists together with new creators, it is a space open to anyone who wants to present a project to us ”, points out its artistic director Juan Gómez. This man from Madrid founded the original gallery together with the artist Alex de la Croix in 2015, in La Latina, when the performance he was still looking for his place. “I come from the performing arts, I wrote and directed what I thought was theater but one day, by chance, a curator, Rafael Doctor, came to see one of my works and recommended that I focus on the performance. I started with it and realized that there were no spaces dedicated solely to action art. So I set up La Juan Gallery ”.

Since La Croix came out and Rosa Ureta joined in the summer of 2020, the gallery has acquired a more multidisciplinary profile. “When I left [el centro cultural contemporáneo] The Factory was not very clear about how to approach my future, and then I met Juan again [Gómez]. We met in Manchester, the city where I live, and I saw that the gallery had a very interesting vein to exploit. The objective we set was to grow until working with public institutions, festivals and projects for others, but without losing the essence of The Juan”. 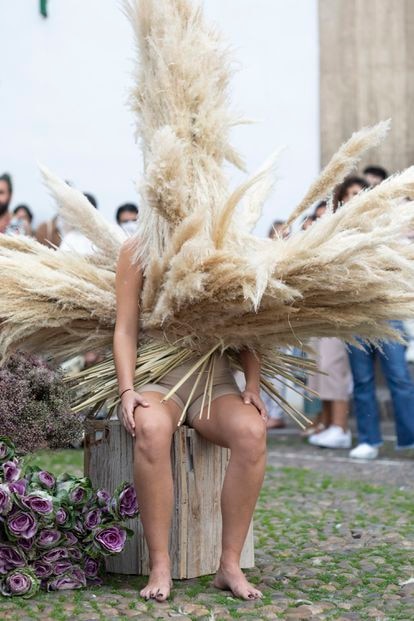 The floral work ‘Metamorfosis’ promoted by the performer Nacho Gamma, the floral artist María Eugenia Diego and the musician Fernando Vacas was held in the historic center of Córdoba within the framework of the Flora festival.

In addition to the Cine Caliente, La Juan Gallery has presented the project Live Art in the Villas, a cycle of exhibitions and activities focused on performance. But its field of action is not limited to Madrid. The performance floral Metamorphosis that they developed in the historic center of Córdoba within the framework of the Flora festival or the multiperformance Xm2 action together with the Instituto Cervantes in Manchester are examples of its external projection. With a festival about memes in the chamber and a new and more ambitious edition of La Juan is on Moda, a happening that transformed the streets of Madrid into a fashion catwalk, for La Juan Gallery limits are only real if they impose them themselves.

“We don’t wait for things to be ordered from us. We invent a project, we think about where to adapt it and then we sell it ”, concludes Ureta. The only restriction is the here and now. “The performances Either they live or you miss them. Seeing it in photos or broadcasting it seems ridiculous to us. What we like and it is fun is that you come see it ”.