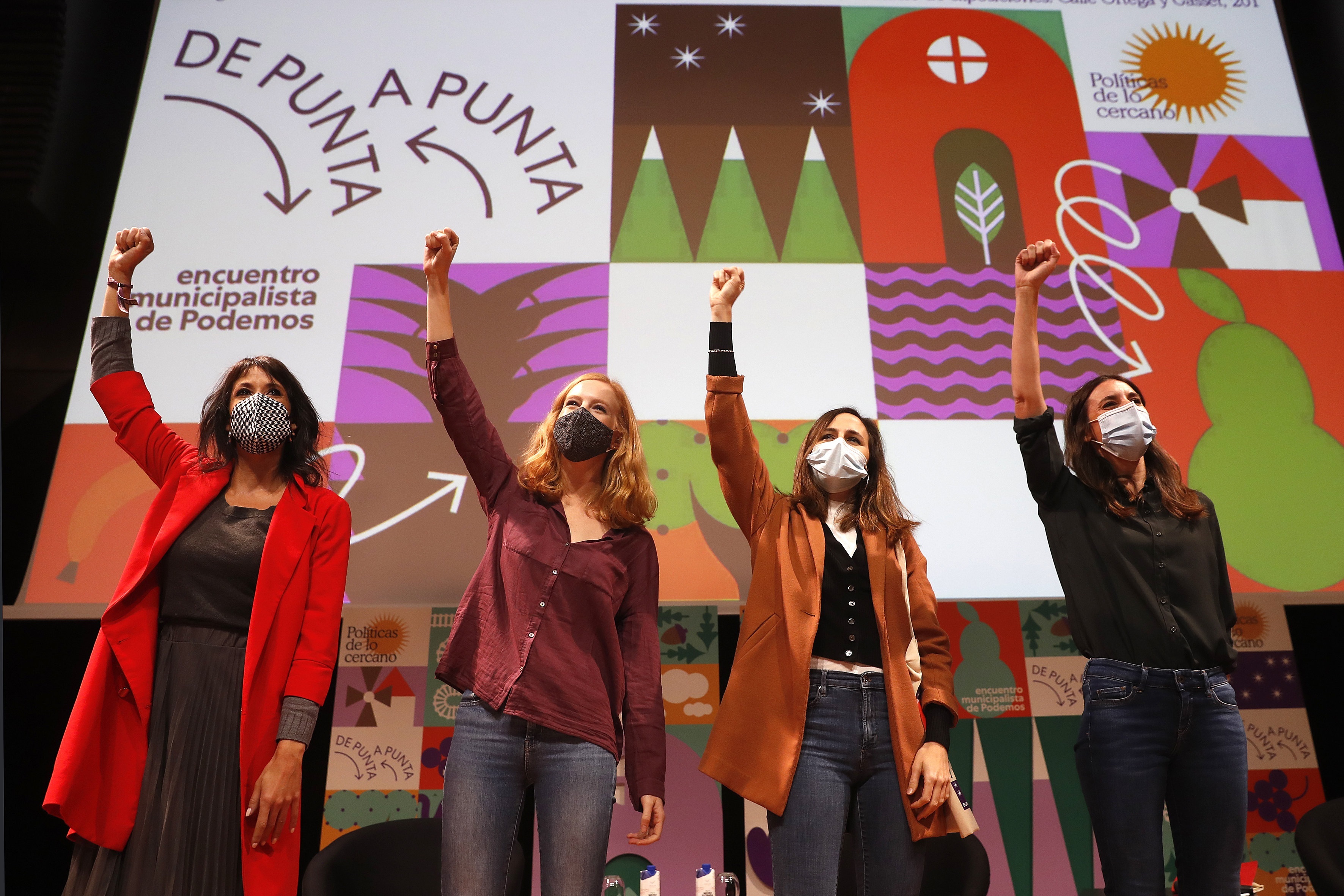 The secretary general of Podemos, Ione Belarra, has encouraged her local positions this Saturday to “build” municipal candidacies “broad and strong” that serve as a prelude to the general elections scheduled for 2023 and allow the Vice President of the Government Yolanda Díaz to The Moncloa. During her speech at the opening of the first conference on local politics of the party, held in Malaga, the minister of Social Rights also defended the will to “open” the project to “other forces”. Along with her, the Minister of Equality and number From of the formation has supported Díaz’s proposal to “face” the next electoral cycle with a “broad front”, but at the same time has vindicated the role of organizations in the new political alternative and the “pride” of partisan militancy.

Díaz, who in recent times seeks to broaden his political profile, has not yet made public his decision on whether or not to run as head of the list in the following elections. In the absence of an electoral advance, the municipal and regional elections should be held a few months before the general elections, which can complicate the realization of its “country project” —the formula it uses to refer to the platform in which it works— in territories. such as Madrid or Valencia, where Más Madrid or Compromís might want to keep their independent ballot.

While waiting for the vice president to define her intentions in detail, Podemos publicly supports a future candidacy of Galician politics and draws up its roadmap: to work from now on to shape that broad front seeking to advance in the coalition with the United Left – in Castilla and León, for example, the two organizations attended separately in 2019 – and joined social movements and “other political forces,” as specified by Belarra this Saturday. “We need to open up and govern in all possible municipalities,” said the secretary general of Podemos. “Only in this way can we build a winning state candidacy that will make Yolanda Díaz the first president of the Government of our country,” the minister concluded.

Along the same lines, Montero defended “promoting” that “broad front” to “grow and consolidate the space of United We Can as a government force” in the next elections. In addition to the municipal and regional elections of 2023, Andalusia plans to hold its elections next year and some sectors point to an electoral advance in Castilla y León. “We have come to stay,” he insisted. It was in the final part of her speech when the Minister of Equality vindicated the “pride of Podemos’s militancy” and the importance of political organizations. “Anyone who reads a little of the history of our country and of the history of humanity realizes that we have not achieved any rights alone. All social conquests have always been a collective task ”, he pointed out. For this reason, he asked “not to forget how important political activism is.” “It is the only tool, however imperfect, that can allow us to make the transformations and achieve the advances in rights and freedoms that our country needs.” A little over a week ago, in an interview on Radiocable, Díaz cooled down the role of political groups in his project, which he said were perceived as an “obstacle.” “We will see about the parties, they are very important, I thank them very much for the work, but the social constructions belong to the people and should be different, there is a huge distance [con la ciudadanía]”, he pointed.

The meeting, titled From end to end: politics of proximityor, its objective is to “reinforce and recognize” the political work of the more than 400 councilors that Podemos has in 140 city councils in Spain, in addition to “coordinating” strategies. In his speech, Belarra has asked “to redouble forces” to make the municipalities “the engine of reconstruction” of the country and that “European funds are more than a patch.” He has also referred to the city councils “of change” as the first “to show that Podemos was a government force” when in 2015 the formation managed to take over the mayors of Madrid, Barcelona, ​​Cádiz, A Coruña or Valladolid, among others. A good part of that initial strength was consumed in the following municipalities, leaving a party with a weakened structure in large areas of the territory. Although Unidos Podemos entered six regional governments in 2019, it disappeared from the parliaments of Castilla-La Mancha and Cantabria and lost the majority of local corporations. In 2020 it was also left without representation in Galicia. The new Belarra leadership, which began its mandate last June, has precisely as its main objective to reverse this situation and strengthen the organization throughout the state, a task coordinated by the party’s Secretary for Organization, Lilith Verstrynge.

Return of the King Emeritus

Belarra was in favor this Saturday that the emeritus king only return to Spain to “render accounts before the justice and the citizens” and advocated a reform of the Constitution. “It has to guarantee that we are all effectively equal before the law and a truly democratic system that avoids what we have seen in these years with the monarchy, which has become the most perfect mechanism for corruption,” criticized the secretary general of Podemos. “Because the problem,” Belarra continued, “is not who holds the post, but whoever holds the post can do again what Juan Carlos I did.”

In his opinion, the Basic Law must have “not only fathers, but also mothers, sons and daughters” and must be a “living text”, which “is updated in light of the new feminist consensus and the protection of the environment and the animals, “he said.