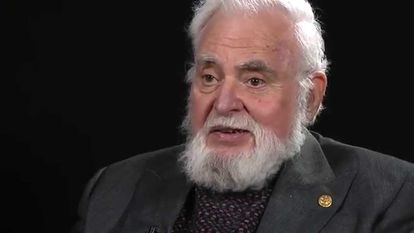 The famous Ramanujan number, as we saw last week, is the smallest that can be expressed in two different ways as the sum of two cubes: 1729 = 12³ + 1³ = 10³ + 9³; but only if we specify that we are talking about natural numbers, that is, integers and positives, because if we also take into account negative integers, there are infinities less than 1729 that meet the condition (without going any further, –1729).

On the other hand, Hardy’s assertion that the number was uninteresting carries in itself a paradox, pointed out in his day by the master Martin Gardner, regardless of the property observed by Ramanujan. What paradox?

The quantitative relationship between polyominoes and Young’s schemes has not elicited comments from readers, so the question remains open.

And speaking of Martin Gardner and polyominoes, let us remember that, although it was Solomon W. Golomb who “baptized” them in the middle of the last century, it was Gardner who popularized them in his mathematical games section of Scientific American, and that one of the problems it raised was the fault lines. For example, in the figure we see a 5×12 rectangle, formed by five pentominoes, in which there is no fracture line, that is, no horizontal or vertical line that goes from side to side, and in the case of a physical construction would represent a structural weakness.

On the next two tatami mats, however, both 4×4 and 6×6, there are two vertical fault lines. 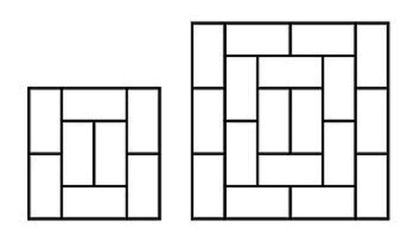 Could its pieces be rearranged so that there were no such fracture lines? And in the event that it is not possible, how can such impossibility be demonstrated?

In the case of the 4×4 tatami, the impossibility becomes apparent after a few tries, but in the 6×6 it is not so obvious, and Golomb himself gave an elegant demonstration that I invite my astute readers to try to emulate (or improve, come the case). Given the impossibility in the case of 6×6, it is worth asking what is the smallest rectangle without fracture lines that can be formed with dominoes. And once this minimum rectangle is found, can we use it as a starting point to, by adding the necessary dominoes, to form an 8×8 square (that is, a chessboard covering) without fracture lines?

Obviously, for a rectangle to be covered by dominoes, its area (taking as a unit the smaller side of a domino) must be even, and for it to be covered without fracture lines, its two sides must be greater than 4. It You can show (how?) that all rectangles and squares that meet both requirements can be domino coated without fracture lines, with the one notable exception of the 6×6 square.

Based on these considerations, whoever owns a set of dominoes will be able to give it a new and instructive use. And those who dare to go a step further can experiment with the trominos, trying to discover, for example, what is the minimum rectangle that can be covered with straight trominos (that is, 1×3 rectangles) without fracture lines.

Carlo Frabetti is a writer and mathematician, member of the New York Academy of Sciences. He has published more than 50 popular science works for adults, children and young people, including ‘Damn physics’, ‘Damn mathematics’ or ‘The great game’. He was a screenwriter for ‘La bola de cristal’.