Heavy metal pollution: on the Greek island of Syros, shipyards want to lay down the law 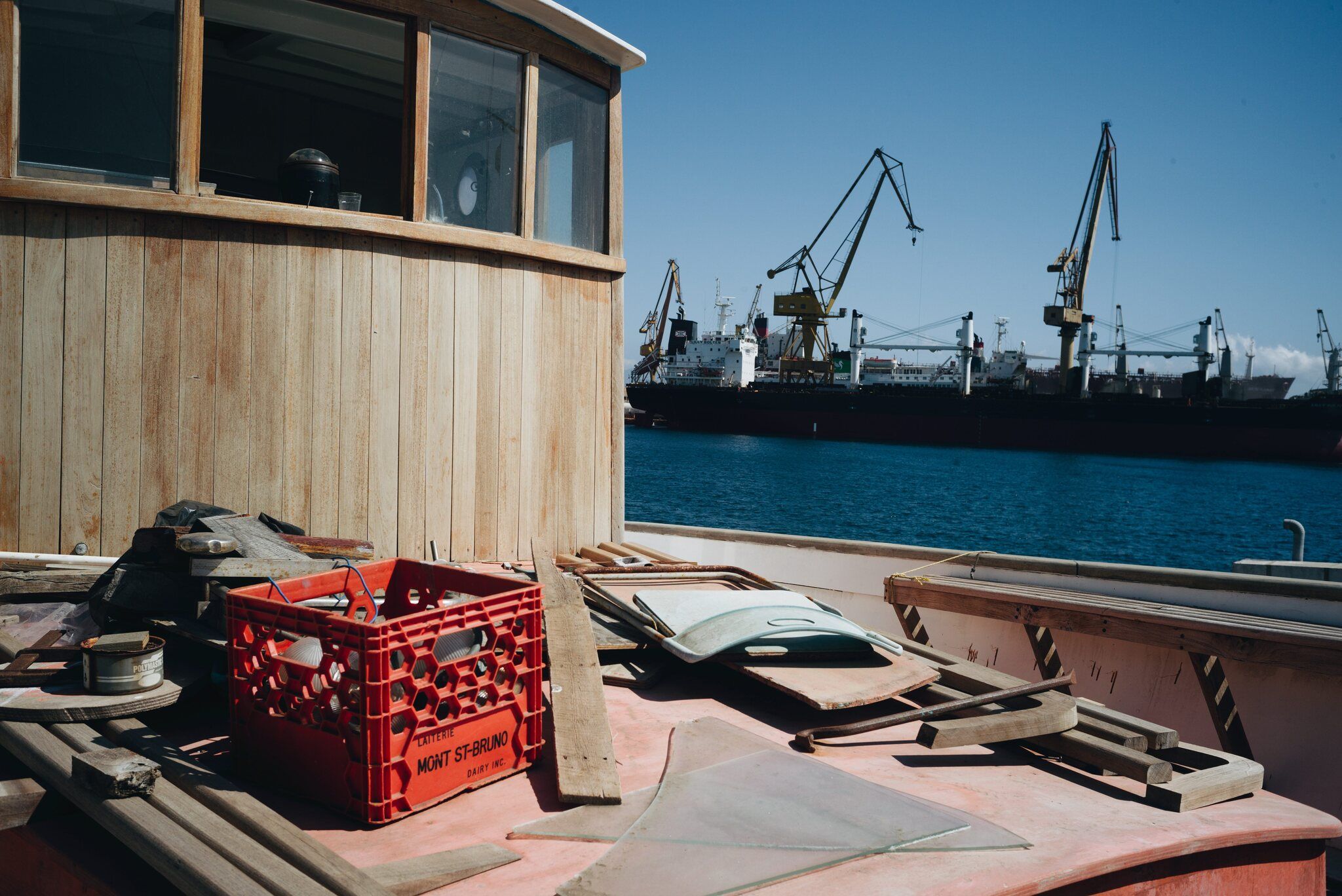 Arriving by boat on the Greek island of Syros, one sees only them: the enormous bright red buildings of the shipyards obscure the traditional blue and white of the houses of the port of Ermoupoli. The Onex Neorion company, of Greco-American interest, supports hundreds of families on this small Cycladic island as large as intramural Paris. And she also intends to lay down the law.

Onex Neorion is suing for defamation three of the inhabitants who have created an Environmental Observatory to monitor the pollution caused by the tanker cleaning activity. The company claims from them each no less than 1 million euros in damages for “loss of earnings”: their accusing remarks would have, according to the company, scared potential customers. The trial opened this Friday, December 10 on the island.

The case erupted in September 2019, when an ordinary sediment sample in the port revealed high concentrations of heavy metals: lead, copper, chromium, zinc and even arsenic. However, for years, the population has wondered about the cloud of sand laden with heavy metals, which hovers over the island as soon as the wind picks up.

“We can do nothing to make this dust go away,” says Maria, in her sixties. “When there is a cloud, the laundry hanging out to dry becomes hard and as rough as sandpaper. “Her husband insists:” He also covers the cars, but it is the shipyards that pay for their cleaning in a special garage. Sometimes the cloud even reaches the neighboring Cycladic islands of Sifnos and Serifos.

The most committed inhabitants have created the Observatory which collects and publishes photos and documents showing the change in color of the sea depending on the paint used on the shipyards or the tons of sand loaded with heavy metals, stored in the air free.

Lung cancers on the rise

Stavors Zolotas, the president of the Observatory, is angry: “Every time I spoke to the press, we received a complaint from the construction sites. But, to strip the hulls, they resort to practices prohibited in the open air: the technique of pressurized sand injection or sand injection with pressurized water. They want us to reverse our statements, but this is out of the question. “

The case was brought to Parliament by the former radical left-wing economy minister Yanis Varoufakis, who did not hesitate to speak of “mafia policy” aimed at scaring citizens. But, argues the spokesperson for the environment ministry, responsibility for coastal waters rests with the region, under a 2010 law.

For Elena Kambéri, chemist of Elkethe, the Greek public body for the study of the seabed, “we must now carry out an in-depth study to see if the entire port is affected and to verify whether these heavy metals are present in marine organisms, fish and mussels. “Promised for two years by the town hall and the region, these studies have never been carried out. However, according to associations of victims, the number of lung cancer on the island continues to increase. “Nobody wants the sites to close, insists Panayiotis Karaktsanis, whose wife died of cancer in 2000. Many residents work there. But we just want them to respect environmental standards. It is not much to ask for. “