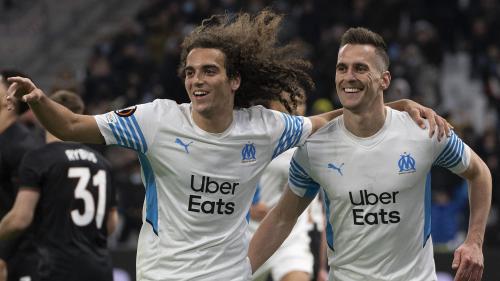 Olympique de Marseille will still play the European Cup in 2022. Already eliminated from the Europa League, the Marseillais secured third place in the group by winning at home against Lokomotiv Moscow (1-0), Thursday, December 9 , thanks to a goal from Arkadiusz Milik. They are transferred to the play-offs of the Europa Conference Conference, which they will play on February 17 and 24, 2022.

While they only needed a draw to keep third place, the Marseillais ended their group stage with a victory, the first of the season in the Europa League. If the adversity of Lokomotiv Moscow is to be put into perspective, this first success remains a performance since it is only OM’s second in its last 20 meetings on the European scene.

Marseille were not sparkling in their game despite some good sequences but at least had the merit of not shaking during this “final”, in the words of Jorge Sampaoli. “We were superior, as we had already been in Moscow and in almost all Europa League matches,” said the Argentine coach after the match. OM were ultimately true to themselves: less exciting offensively than at the start of the season but much more solid on the other side of the field.

Proof of a timid attack, the only goal of the game came from a set piece. Left-hander Cengiz Ünder finding the head of Arkadiusz Milik 35 ‘on a corner), surprisingly alone one meter from the goal. Substitute in the last two matches, the Pole took advantage of regaining a starting place to score his fifth goal of the season, the fourth in the Europa League.

The decisive passer, Cengiz Ünder, has been one of the most prominent men on the Olympian side, as has Gerson, who has been building up in recent weeks in a more attacking role. They have also often combined together: the Turk in particular finding the head of the Brazilian not powerful enough (51st). Gerson should then have put his family permanently away on a service from Valentin Rongier but he lost his face-to-face with Daniil Khudyakov (67th). “We have to improve a lot in the finish to continue to progress. If we had been better in this area, we would have qualified easily, regretted Sampaoli. We are working on it. There are periods of inefficiency. We need to more goals. “

And as often this season, even when he seemed to master his match, OM played to scare themselves. Already overthrown in Ligue 1 on Saturday against Brest (2-1) while they were leading the score, the Marseillais never managed to score a second goal allowing them to take shelter permanently. Valentin Rongier even left his teammates ten at the end of the game for a second yellow card (80th). But the Muscovites had two goals anyway to hope to dethrone OM from third place.

Marseille can now plan on the play-offs of the Europa Conference Conference next February where it will possibly face an affordable team. “We will play a new competition with very good teams. It’s important to have qualified to represent the club in the best possible way,” said the Marseille coach.

A competition in which the Olympians can and must nurture real ambitions. “In this city, there is a great desire to win a title and we want to give back to people the support they give us. We have the responsibility of trying to win the competition,” said Jorge Sampaoli, Wednesday, in press conference. The people of Marseille have been waiting for a coronation since the League Cup in 2012.