A blue angel on Fortnite to help abused children 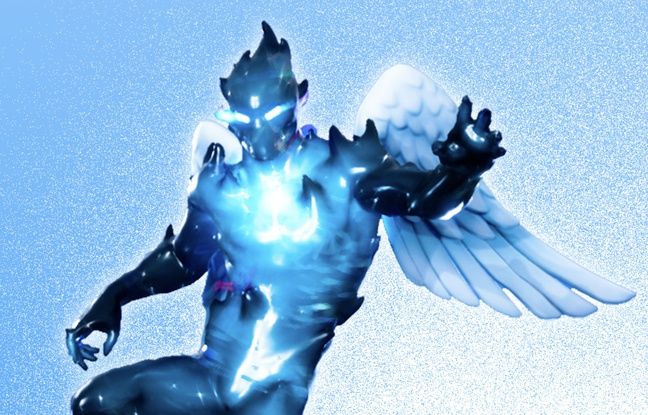 He’s a blue character with wings that some Fortnite game users have come across during a network game. An avatar like there are thousands of them, with the difference that no player is behind. Through it, children victims of abuse within their homes could discreetly come into contact with volunteers from
the association L’Enfant bleu who are relayed, day and night, during the first confinement, to respond to them and guide them. This unique project in the world, carried out jointly by the association, the Havas agency and the French police, earned the latter, last September, an innovation prize awarded by the European agency Europol.

[#Distinction] The DGPN presented the innovation prize of#Europol to the #PoliceJudiciaire for his action alongside @AssoEnfantBleu and @Havas_SE_Fr ➡️ creation of an avatar on #Fortnite, allowing young players to discreetly report a dangerous situation. pic.twitter.com/du3jO2glxj

March 2020. While the sporting events are canceled one after the other due to the health crisis, the teams from the Havas Sports & Entertainment agency are imagining this device. “Children could no longer go to school or go to sports clubs, places where they can denounce the violence of which they are victims. However, they spend time in front of video games, so it was necessary to reach them through this means ”, explains Fabrice Plazolles, creative director within the communication agency. The L’Enfant bleu association is then associated with the project. “We co-built the device with them to make it safe and efficient,” continues Fabrice Plazolles. For example, the character had to not be falsifiable. “

A month and a half later, the character, named after the association, arrived in the game Fornite, which is popular with young children and adolescents. “They could add him as a friend, converse and confide, through him, with people trained to hear the words of children. We had 1,200 connections over the period, which is huge because we had not advertised it, ”says Isabelle Debré, president of the L’Enfant bleu association.

In order for child victims to hear about this unprecedented experience, influencers such as YouTuber Just Riadh were contacted. “These are people known almost as children, or teenagers. They were instructed not to talk about the device except on lives or storys, ephemeral content, so that adults do not have access to this information, ”explains Pauline Grison, communications officer within the association.

The team responsible for responding to children and directing them to specialized structures was trained to “question them without being suggestive, which is very important”, underlines Commander Véronique Béchu, head of the central group of minors victims of the OCRVP (Central Office for the Suppression of Violence against Persons).

“It was necessary to know if the child had a helmet, if the parents were in the room, if he could speak or not, specifies Pauline Grison. We adapted by asking him, for example, to jump into the game twice with his character if he was the victim of abuse. We were trying to get a phone number, an e-mail address so that he could get in touch with someone from the association. And if the danger was imminent, we referred to the police. “

Fortunately, no “situation of extreme emergency” was encountered, “but there were reports made to the prosecution and investigations carried out in terms of educational assistance”, continues Véronique Béchu. “It also made it possible to shed light on certain families who went under the radar and in which there is a climate that may be incestual or possibly violent. “

For the police, the project also had another interest. “It was a tool that can be used by investigators to infiltrate video games because we know that the pedophile community is very present there now. This is the new way they have to come into contact with prepubescent children, ”observes Véronique Béchu. Her American counterparts recently alerted her to an increase on the other side of the Atlantic in the number of cases of child sexual abuse via video games. This prompted French investigators to look more into the phenomenon.

“We had several serial pedophile files,” the policewoman also points out. Before confinement, we investigated an individual who was doing grooming, which consists of charming a child until he obtained benefits from him. There were 156 victims, children between 8 and 10 years old. To pass levels in a game, the child had to undress and self-penetrate in front of the camera. He then provided them with codes. “

The character of The Blue Child “is no longer operational”, indicates Isabelle Debré. The association now wants the operation to serve as a springboard for a lasting device, so that video games become a means for children in danger to raise the alarm. A working group was thus formed around the association. Since September, it has brought together representatives of video game publishers, magistrates and specialized police officers, as well as the Secretary of State for Child Protection, Adrien Taquet.