The Festival of Lights offers a “light fair” to children

Would you have imagined one day spending a Festival of Lights playing with your children at Power 4 and Snake on giant installations? Already present on the 2011 and 2017 editions in the Presqu’île, with puppets and luminous spiders, the Laps group indeed invites families to go to Blandan Park (Lyon 7th), from Wednesday to Saturday. “Our work has always been accessible to children, but there we set out on eight interactive sound and light installations,” recalls Pierre Froment, artistic collaborator of the
Laps group. We made sure to make them intuitive and collective, so that young audiences feel included in this event, by participating and not just watching a show. “

All these games, which were designed for use with the feet, in order to adapt to the constraints linked to Covid-19, illustrate the desire of the EELV town hall to “make the party more inclusive” thanks to “a very strong focus on children ”. “Blandan Park is going to become a big illuminated funfair,” recalls Marion Traversi, head of the Festival of Lights project at the city of Lyon for 18 months. 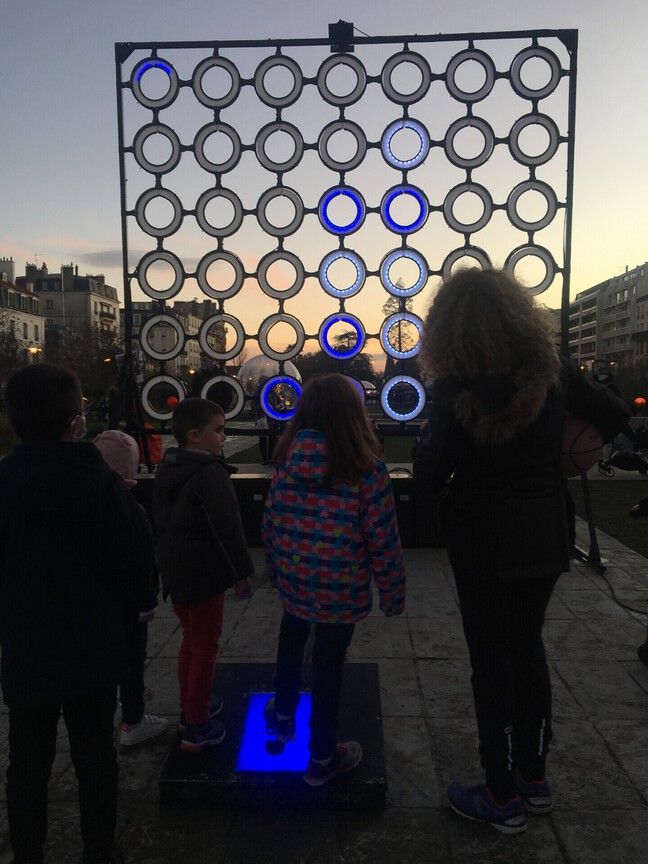 The “Line 4” project will be presented to Lyonnais this Wednesday at Blandan Park. – Laps Group

“Everyone immediately takes to the game”

On the menu an adaptation of the very old school game Simon, with sequences of four color signals to repeat, but also a very special hopscotch, and the possibility of illuminating the 18 windows of the old barracks in the event of a well coordinated jump. three. Line 4, imposing Power 4 of… 4 by 4 meters, will also be one of the great curiosities of this Festival of Lights 2021. A year ago, it already proved its worth in Vincennes (Val-de -Marl).

“When they left school, the children were eager to come and play,” remembers Pierre Froment. It’s funny how every time everyone, including adults, immediately takes to the game without even knowing their opponent or having taken the time to greet them beforehand. If the eight installations of the Laps group are found in Blandan Park, and not in the Presqu’île, and this at an adapted schedule from 6 to 10 pm, it is anything but a coincidence.

Towards projects “created collectively with the pupils”?

“We wanted to get out of the hypercentre to better manage the crowd and allow breathing bubbles for families,” says Marion Traversi. In this context, children will easily appropriate the games. »Free and reaching between 2 and 4 million visitors on each edition, the Festival of Lights has historically been able to delight many toddlers, between works such as the telephone booth and the aquarium digger, the Anooki eskimos, or a treasure hunt to find a thief of dreams between Croix-Rousse and Saint-Jean. 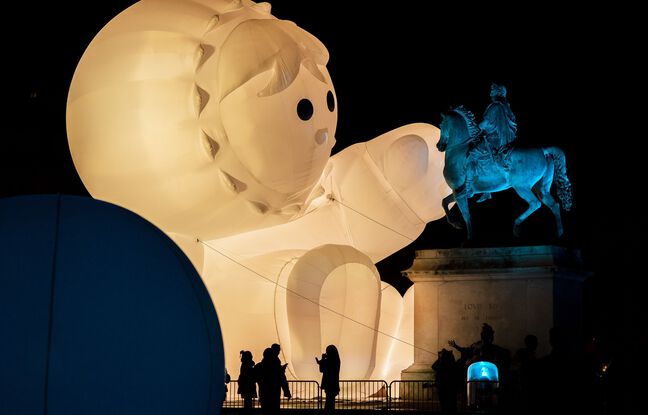 An Anooki eskimo, here during the 2018 Festival of Lights on Place Bellecour. – Bony / SIPA

But in addition to Blandan Park, several creations such as the traditional Mexican tale Le Lapin dans la lune aux Terreaux, a monumental Vague in Bellecour, La Créature du lac as well as the Ricochets show at the Tête d’Or park have everything to please children. This year. For the first time, a 24-page game book was also published (45,000 copies) for 6-11 year olds in the metropolis of Lyon, with puzzles. “It follows a mediation process that was carried out during extracurricular times in a dozen schools in order to explain how the works are made and what meaning there is behind,” sums up Marion Traversi. The Festival of Lights is in transition and we have in mind, for future editions, to create projects collectively with the students. “