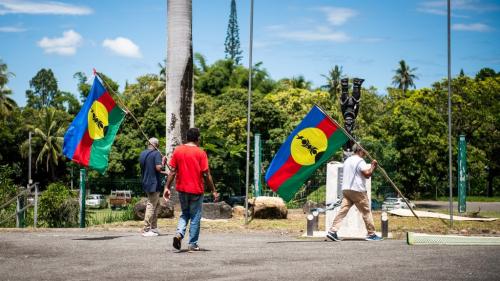 In Paris, the Council of State has just rejected the request for postponement of the referendum, formulated by voters and associations of New Caledonia, a few days before the poll.

Unsurprisingly, the Council of State has just rejected the request to postpone the third referendum. The request was made on December 3 by voters and associations of New Caledonia who asked the judge to order the postponement of the consultation to October 2, 2022. They argued in particular a “serious breach of the principle of equality before suffrage “and the” free expression “thereof, invoking the urgency of the request in the face of the health situation and the proximity to the presidential elections.

To these arguments, the Council of State responded point by point. Regarding the health situation, the institution claims that it has improved markedly, citing a steadily decreasing incidence rate and the good level of vaccination of the Caledonian population.

The health protection measures still maintained do not prevent the conduct of the referendum campaign: travel is now authorized throughout the territory of New Caledonia, the measure limiting the number of meeting participants to 30. not apply to those of a political nature which subsequently allow the organization of large gatherings within the framework of the campaign and the political parties and groups authorized to participate in the official campaign have had regular access to the public radio and television service, send a circular to voters and put up posters on election boards.

The Council of State also rejects the argument of the one-year mourning decreed by the customary senate for families of Kanak origin, “particularly struck by the disease”, considering that this does not affect the proper conduct of the ballot .

The applicants maintained that “up to 2000 voters” from the communes of Bélép, Île des Pins, Lifou, Maré and Ouvéa had not been able to register on the electoral rolls due to the restrictive measures. sanitary. The Council of State replied that “it does not appear from the instruction that the registration procedure provided for […] would have been hampered by the health context “and recalls that the deadlines were extended until November 6.

Finally, adds the institution, the proximity in the political calendar to the presidential elections scheduled for April 2022 “is not such as to characterize an infringement of a fundamental freedom”.