Olivia Voisin, for the love of the 19th century 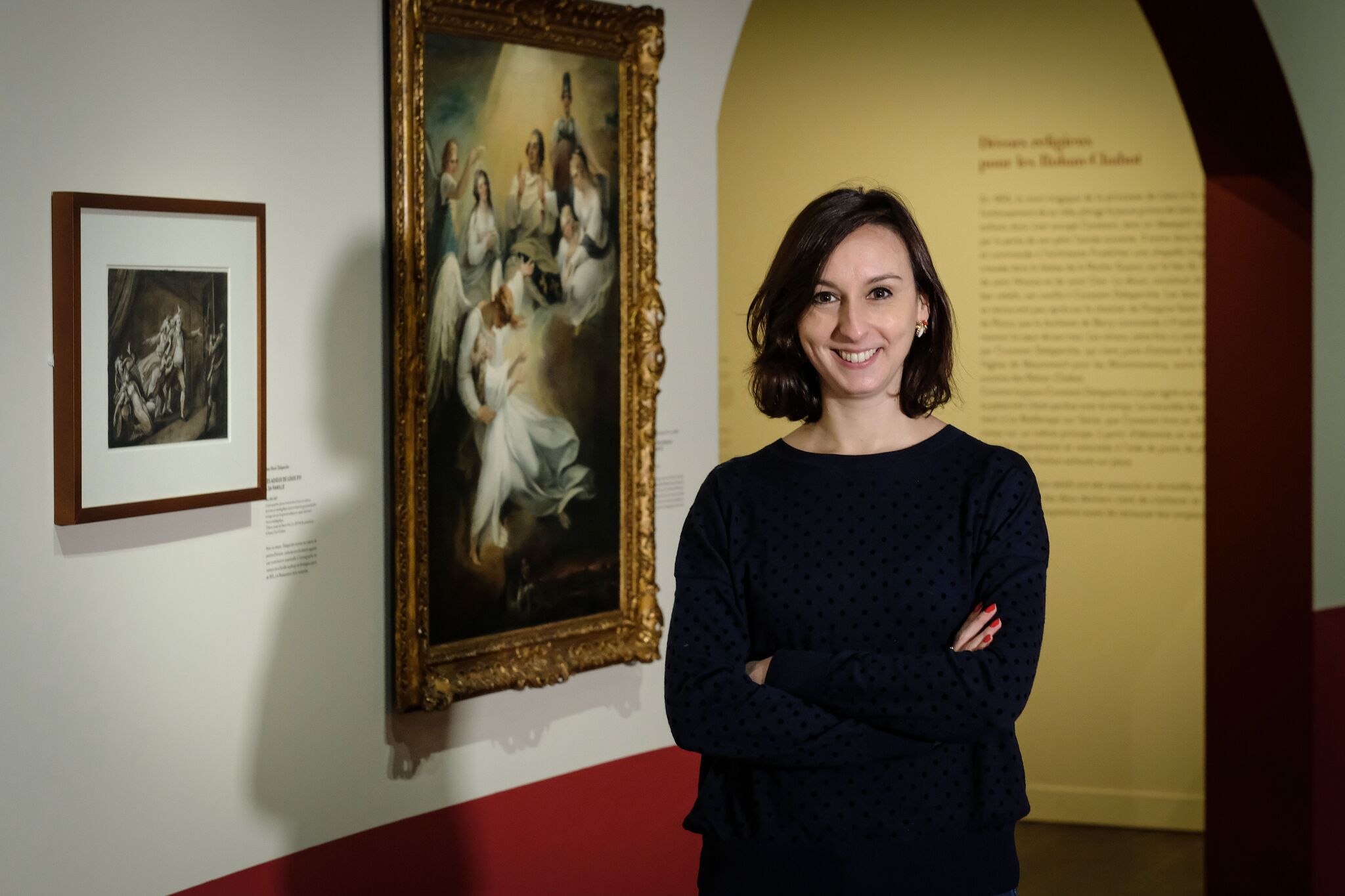 Hidden behind her mask, Olivia Voisin’s face lights up like that of a child in front of a toy merchant when she presents the magnificent restored rooms dedicated to the 19th century of the Musée des Beaux-Arts in Orléans. This daughter of teachers, who gave her a sense of public service, is working to restore luster to this cultural center.

It is leading the final phase of the work head-on – the repair of spaces covering the period from 1870 to the present day -, prepares the Internet portal which will reference all the collections and fine-tunes the contours of the next events: an exhibition Zao Wou- ki, French painter of Chinese origin who had settled in Loiret, and a retrospective on the immense Eudoxe Marcille collection (1814-1890).

A passion for romanticism

The director of the Orléans museums, passed through the Musée des Beaux-Arts d’Amiens (Somme) and the Comédie-Française before her arrival in December 2015, had made a beautiful discovery in the museum’s reserves: a rich collection of works of romanticism, his “heart period”. The establishment boasts an impressive collection of 50,000 prints, 13,000 drawings, around 4,000 paintings and a thousand sculptures, mostly acquired by Eudoxe Marcille. This illustrious predecessor had built, from 1870 until his death, “one of the largest collections in the world of works from the 18th to the 19th century”.

And yet, the museum installed in premises of cold modernity opposite the regional hotel and the cathedral, was not identified “as a 19th century place”. Olivia Voisin is working to correct this anomaly. “The 20th century did not like the 19th century. Beyond that, it is the whole story of museum reserves and the taste of curators, who decide to exhibit only what they like. “

→ CRITICAL. In Orleans, the mysteries of “Saint Thomas” by Velázquez

She herself does not try to hide her happiness in transmitting her passion for the Romantic period, born in adolescence after reading Théophile Gautier, Alexandre Dumas or Charles Baudelaire, her “great love”. Nothing pleases her as much as “returning these collections to the public”, increasing the hanging of works, embellished with copious labels that illuminate the historical and artistic context of an era that she has explored for more than fifteen years. “I worked a lot on the links between the arts during Romanticism, between painting, theater, literature or music, because the artists conceived their production in that way, at that time”, exposes she does.

Do justice to the forgotten

In high school, she was first interested in literature and archeology. She accidentally discovered the history of art “to leave the Latin option”, she smiles. She was swept away by “absolute love at first sight” for the discipline, which led her to follow a course at the University of Pau (Pyrénées-Atlantiques) then at the Louvre school.

Today she cultivates the pleasure of doing justice to forgotten artists. For example in 2019 with the magnificent exhibition rehabilitating the delicate and profuse work of Jean-Marie Delaperche.

→ READ. Jean-Marie Delaperche, the fate of a rehabilitated genius

It is moved by the same enthusiasm that she reserved a significant place, among the picture rails of the Museum of Fine Arts, for the paintings of Léon Cogniet (1794-1880). “I have always been interested in the oppressed and the forgotten. Art history allows me to look at them in a pretty way. “

Posterity is, for her, totally independent of the artist’s talent: “Hugo is the only one to have built his posterity at the same time as he writes his first lines, when others forget this detail. Many of them did not think for a second what they would leave on earth. “

An infinite field of exploration

Her face wakes up again in front of all the fields of research which open to her. “What a joy after all! There are so many great signatures and very nice little names to rediscover “, she exclaims, inviting her gaze to contemplate the sculptures of Louis Roguet (1824-1850):” Twenty-five years of life on earth, relatively few works, but what he produced belongs to the history of art. “

Trying to revive the actors of this effervescent era, she plans to embark on a thesis on the Devéria brothers, painters of the nineteenth century, for whom she wrote the catalog raisonné. She nonetheless remains attentive to contemporary artistic production, citing with the same enthusiasm Armure en cristal, a work by Patrick Neu, which belongs to the Frac Lorraine collection.

“I am guided by the energy that all these artists have deployed throughout history to defend their aesthetic convictions, as if the life of the world depended on it. They have helped change the face of the world. Would the revolution of 1830 have taken place without the commitment of painters, photographers, theater writers, writers? This applies to all periods. The Devéria brothers – with whom I have the impression of sharing my life – are, in this respect, very emblematic. But there are so many more. Eudoxe Marcille became a model for me because he had this conviction that art should be shared by all. It is wonderful and, for me, the basis of happiness. “