Good morning! We have a fresh news alarm waiting for you. Here’s everything you missed last night and what’s going to happen today. But first you want to know if you should put on a raincoat today.

The sun and clouds alternate today. Especially at the sea it can sometimes rain and it can even start thunderstorms and hail. Today it remains about 5 to 7 degrees.

– Weapons of Napoleon have been auctioned for about 2.5 million euros. Napoleon was an important French leader who lived and waged wars more than 200 years ago. It concerns a set that Napoleon carried with him: a carbine (a kind of rifle), two large pistols and an ornamental sword: 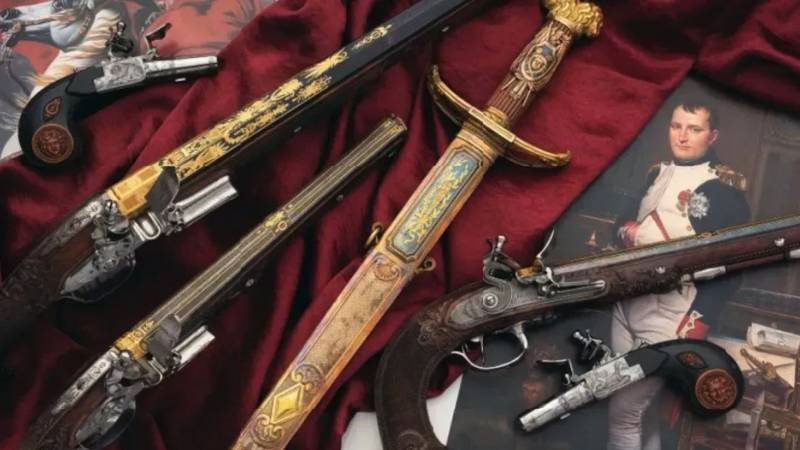 – There are many positive reactions to the news that singer S10 to the Eurovision Song Contest goes for the Netherlands. It is not yet known which song she will participate in, but it is known that it will be in Dutch. In the past 11 years, the Netherlands only participated in English songs. So now back in Dutch. What do you think about that?

– Princess Amalia, who turned 18 yesterday, takes a look at the Council of State for the first time today. This is a group of people who advise the government on laws. Amalia has been allowed to participate in this group since she was 18, but she is not obliged to do so. In the Jeugdjournaal you can see how she finds her first day tonight.

– PSV will play the last game in the group stage of the tonight Europa League. The people of Eindhoven play against the Spanish Real Sociedad. They have to win if they want to play in the Europa League after the winter break. If they lose, they will play in the Conference League.

– The police are concerned about illegal fireworks. It is becoming easier to get over the internet, even for children. And at the same time the bangs get bigger and louder. Reporter Tamara was allowed to watch theexplosives disposal service where experts investigate these illegal fireworks.