Christine “Lady Bird” McPherson (Saoirse Ronan) is a high school girl on the wrong side of the track. She longs for adventure and opportunity, but finds none at her Catholic high school in Sacramento. We follow her through her senior year of high school, including her first love, her participation in the school play, and her application to college.

The comedy drama film is directed by Greta Gerwig, known for Little Women (2019). She is currently working on Barbie starring Margot Robbie. With Lady Bird she won no less than five Oscar nominations. Unfortunately, the film won none.

Lady Bird is now available on Netflix. For a complete overview of all new movies and series, you can now visit our New on Netflix page. 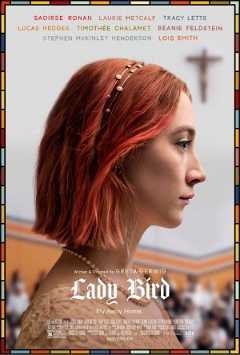 7.4 Watch on Netflix • Christine ‘Lady Bird’ McPherson (Saoirse Ronan) rebels against her wayward mother (Laurie Metcalf), but she’s more like her than she thinks.