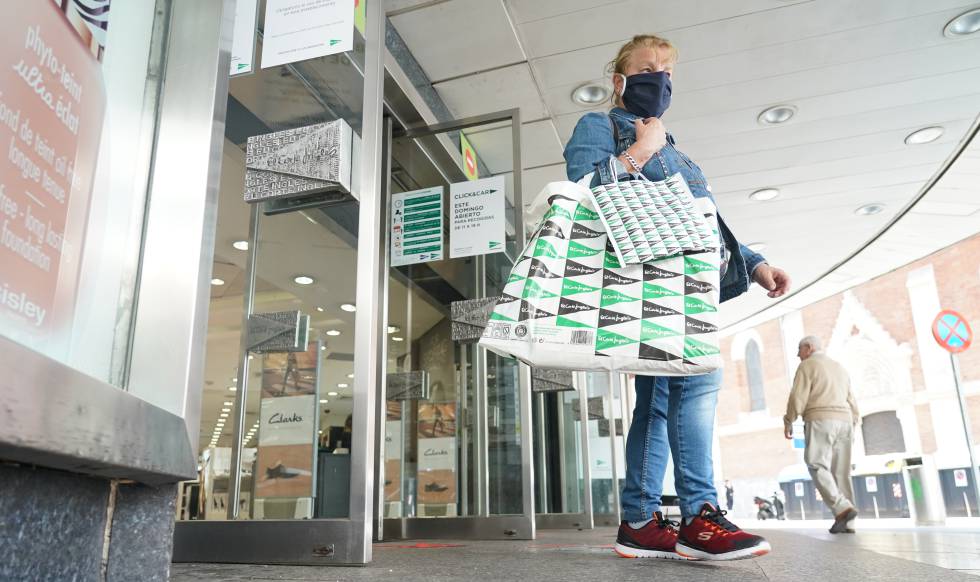 The English Court and Tendam, the textile group that owns Cortefiel, will continue to improve their operating profitability during the next year, although both will continue to be below pre-pandemic levels in this variable. This is how the rating agency Moody’s estimates it in its latest report on the recovery of the European retail sector, for which it foresees stability in its operations for the next year and a half.

For the two Spanish companies that are under credit review, the agency’s forecasts differ from one to the other. For El Corte Inglés, Moody’s estimates a growth of its adjusted ebitda of between 0% and 5% for its fiscal year 2022, which will begin on March 1 and end on February 28, 2023, compared to the one that will register at the end of the accounting year still in progress. Until the first half of the year, this was 248 million, according to the results presented by the company, while at the end of last year it was 67 million.

However, the group chaired by Marta Álvarez is one of those that Moody’s indicates among the list of companies whose ebitda in 2022 will continue to be lower than the one they had in the year prior to the pandemic. In his case, this was 1,181 million at the end of his fiscal year 2019. The Spanish distribution company has set the objective of reaching an EBITDA of 1,700 million in 2026, within its strategic plan drawn up for the next five years.

In the latest review of its credit rating, which Moody’s maintained at Ba1, the agency was confident that El Corte Inglés “will be able to recover in the next 12-18 months from the significant impact that the coronavirus pandemic has had on its operations. ”.

Then, it also estimated a turnover of 11,615 million for this exercise, 11% more than in 2020 but still far from the pre-pandemic levels, to approach the 13,000 million at the end of the 2022 exercise. Moody’s maintained its note thanks to its “leadership position in most of the segments in which it operates”, a “strong brand awareness” and a “high interest from third-party brands to be in its stores”, in addition to its vast real estate portfolio.

The prospects for the rating agency are better in the case of Tendam. For the company chaired by Jaume Miquel, he speaks of a growth in its adjusted ebitda of between 10% and 20% for the next year, although, as in the case of El Corte Inglés, it will still be below the level prior to the Covid- 19. In July, Moody’s upgraded the textile outlook from negative to stable, due to its expectation that its “sales and earnings will recover strongly in the next 12-18 months on more normalized market conditions.” It also highlighted its good liquidity position, which as of August 31 of this year was close to 400 million, and the fact that it does not have significant debt maturities until 2024.

At a general level, Moody’s outlines a stable scenario for the distribution and fashion sector in Europe, although it acknowledges that the recent spikes in the incidence of the coronavirus “increase the risks of the estimates.” Another element that can hamper company operations is the supply crisis. “Electronics and home furnishings specialists are at higher risk of erosion on their margins,” says Moody’s Vice President Guillaume Leglise.

The report also explains that operators specialized in luxury, discounts and casual fashion will advance above the industry average. For textiles as a whole, it foresees an ebitda growth of 11.5% by 2022, the highest of the analyzed subsectors.