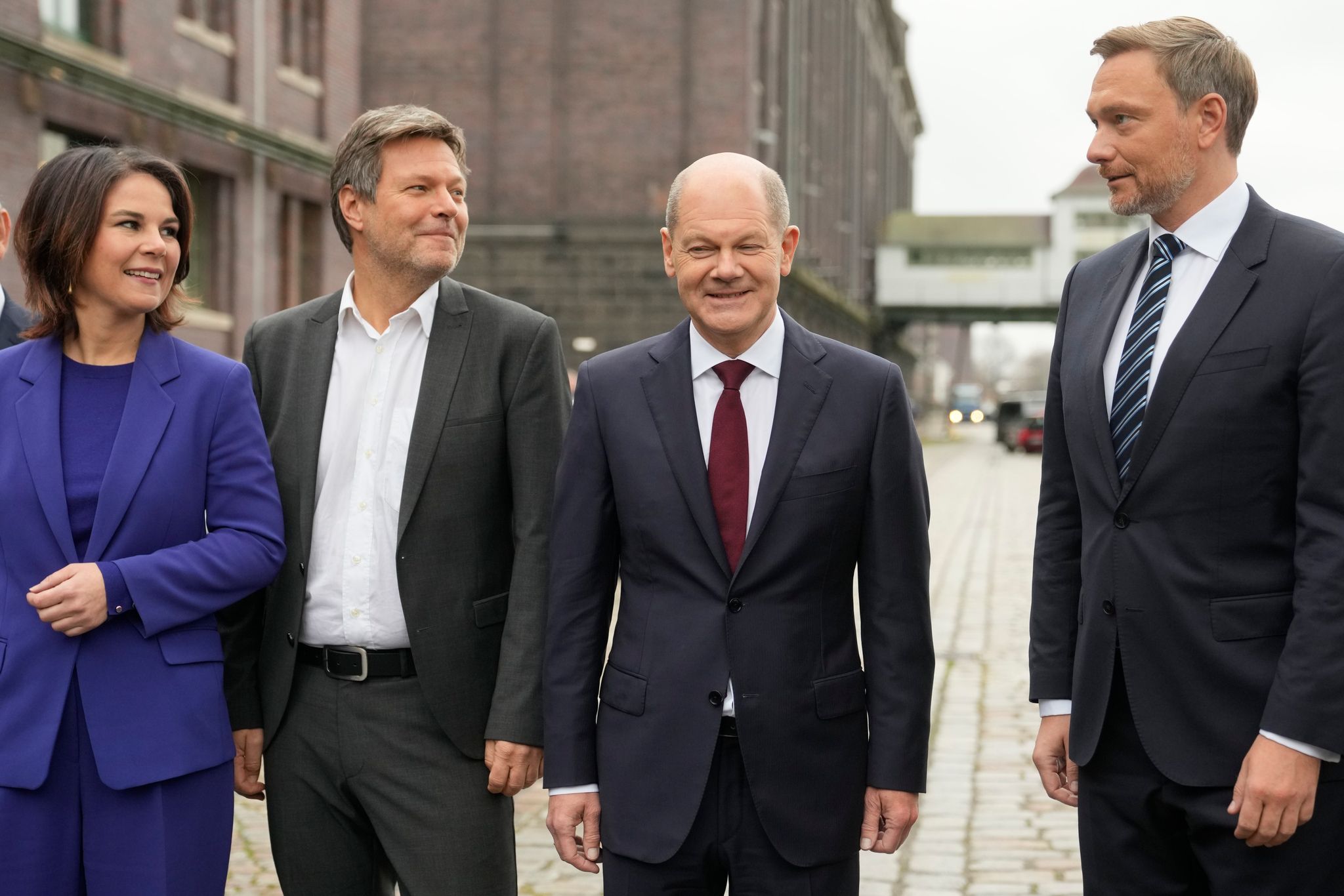 In the first row, there will of course be the Chancellor, the Social Democrat Olaf Scholz. But who will be the real number two in the German government? The liberal Christian Lindner, who will become finance minister on Wednesday, December 8, or the ecologist Robert Habeck, who will hold a “super-ministry” for the economy, climate protection and energy?

Without question, for the two men, these appointments are consecrations. The first will occupy one of the most influential positions in German politics, as his predecessors, Wolfgang Schäuble – “Mr. Nein” during the euro crisis – have proved, then Olaf Scholz, who will become chancellor in two days.

At barely 42 years old, Christian Lindner, young president of the Free Democrats Party (FDP), will hold the purse strings of the country at a time when his coalition government, made up of the Social Democrats, the Greens and the FDP, plans tens of billions of euros of investment to “modernize the country” and move its powerful industry towards carbon neutrality.

Following an austere budgetary policy, it will have the delicate function of financing these projects without resorting to tax increases or debts not provided for by the Constitution. A sizeable mission for this deputy without ministerial experience.

For his colleague Robert Habeck too, this post of super-minister is a challenge. This 52-year-old North German is not an economist but a philosopher, author of novels and, since 2018, co-president of the environmental party Alliance 90 / The Greens. Previously Minister for Energy Transition, Environment and Agriculture in his northern Land of Schleswig-Holstein, he was the first to be given both the economic and climate portfolios.

He will thus have to launch the ecological transition of the German economy – the first in Europe and the fourth in the world – and ensure that his country does everything to limit the rise in temperatures to 1.5 ° C as required by the agreement. from Paris. He will thus have the right to oversee the various laws and will also become vice-chancellor. On paper, he can call himself number two in the future government.

“Reconciliation between economy and ecology”

For Thorsten Faas, of the Free University of Berlin, “Robert Habeck will however have to go through a trial period” because “he made certain errors during public outings, was imprecise on certain subjects”. Business circles are giving the benefit of the doubt to the future super-minister of the economy and the climate, known for his “hyper-realism”.

Like Winfried Kretschmann, the ecologist who has headed Baden-Württemberg, one of the strongholds of the German automobile industry, for nearly ten years, Robert Habeck does not frighten industrial circles. Nikolas Stihl, boss of the company of the same name, specializing in engines, even believes that it represents “the reconciliation between economy and ecology”.

Do not undermine the rules of economic and monetary union

Faced with him, will Christian Lindner be tempted to play the fathers buggers? Asked on this point, he replied that he did not “want to join a government to constantly quarrel with his partners” but to “modernize his country”. A posture also held by Robert Habeck.

Among Europeans who are worried about the arrival of a liberal at the Ministry of Finance, Christian Lindner is also reassuring. In an interview with ZDF television channel, he hinted at some flexibility. “Our country must act for stability but cannot act like a small Nordic country,” he said. Neither can we stand unilaterally on the side of those who want to undermine the rules of economic and monetary union. This means that we have a leadership role to play. “

Robert Habeck and he have four years to prove it and make lie those who doubt an effective alliance between liberals and ecologists.

The German Chamber of Deputies (Bundestag) will elect the Social Democrat Olaf Scholz as Chancellor on Wednesday 8 December and thus turn the page of Angela Merkel’s sixteen years in power. The latter will pass the reins to someone who has been both a political opponent but also his vice-chancellor and minister of finance.

Olaf Scholz will be at the head of an unprecedented coalition of three parties: the Social Democratic Party (SPD), the Greens and the Liberals of the FDP. In the general elections of September 26, the SPD won ahead of the Christian Democrats of the CDU-CSU, followed by the Greens and the FDP.

For the first time in German history, the government is set up with gender parity. The ministers of foreign affairs, interior and defense, in particular, will be women.