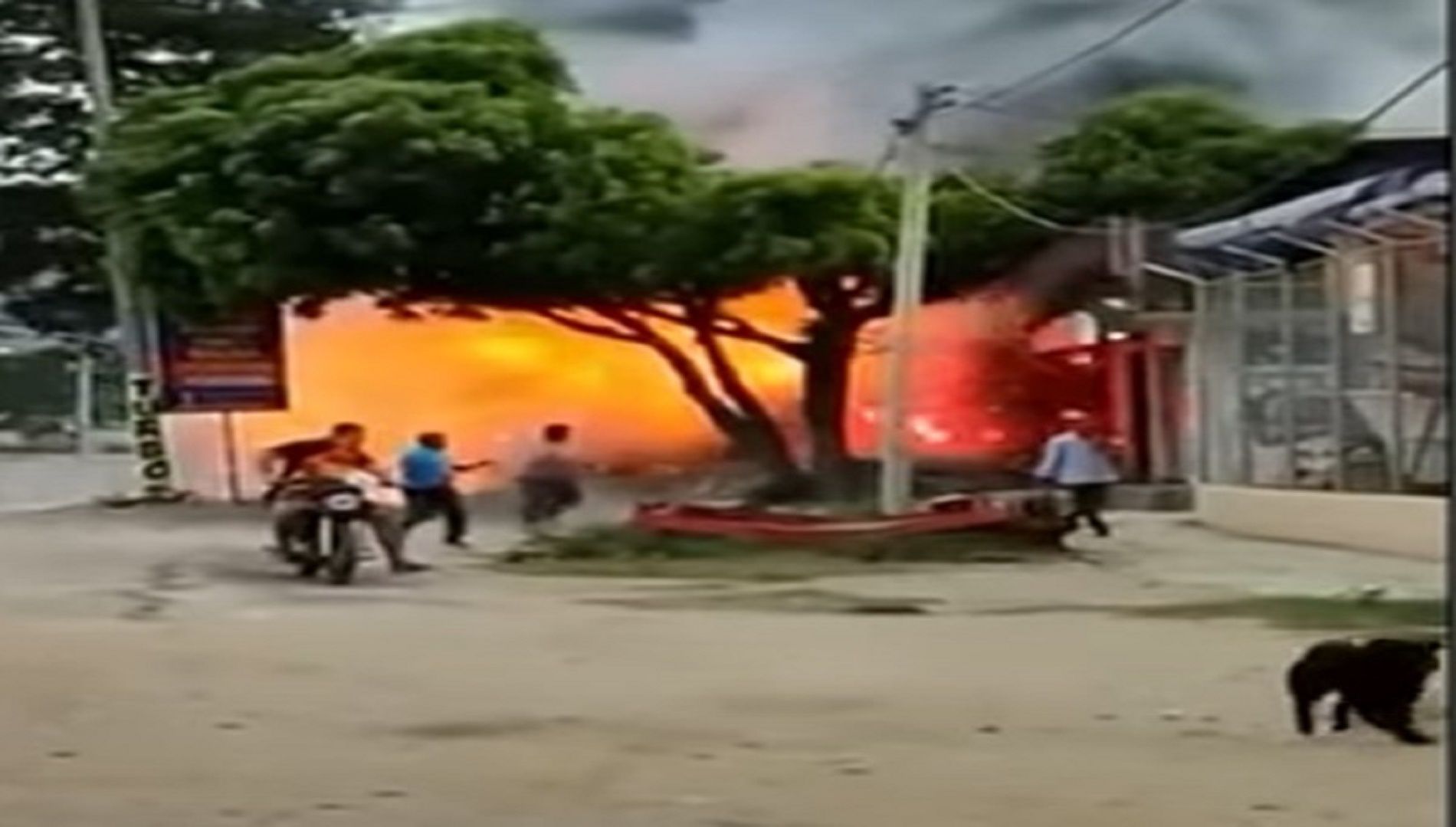 A man and a woman were the fatal victims of the explosion of a powder store in the El Vaquero store, located in the La Lucha sector, in Santa Marta, Magdalena department.

The victims were identified as Isaac Díaz, whose body appeared charred in the remains of the powder store, while the women responded to the name of Angie Gutiérrez, from Ciénaga, who, according to the Semana report, would have traveled to the premises to train a new employee for the holiday season.

In addition, a firefighter was injured while intervening to contain the flames that, apparently, would have arisen from works of adaptation in welding inside the powder shop.

“Welding work was being carried out irresponsibly in this establishment, but all this is a matter of investigation by the competent authorities”Said the head of District Risk Management, Jorge Lizarazo in statements to the Magdalena section of the Blu Radio station. 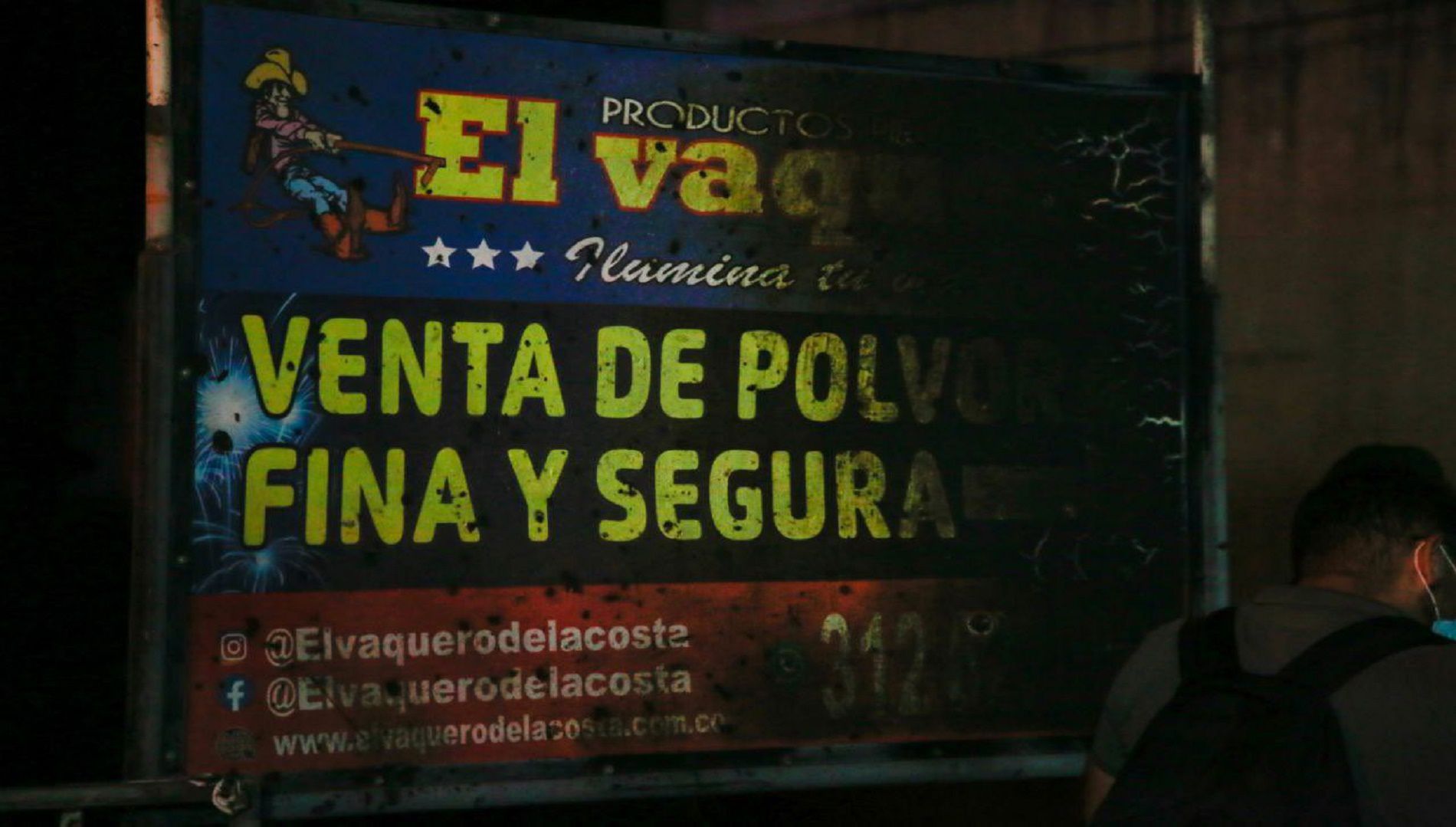 Another report indicated that two more people were injured by the conflagration of this place located in a popular area of ​​the Samaritan capital.

“This dustpan exploded and sadly two people died, Similarly, two other people were transferred to clinics in the city after burns registered on their bodies”, Declared the commander of the Santa Marta Fire Department, Richard Chaín to the digital media Justicia Valledupar.

This is the video, courtesy of NotiCosta, on Twitter:

Faced with the situation, the city’s mayor’s office issued a communication via Twitter in which it lamented the incident as well as the loss of human life: “We regret the death of two people who were at the scene. From the District we are doing accompaniment in this unfortunate event, the authorities will be in charge of carrying out investigations to clarify the facts”. 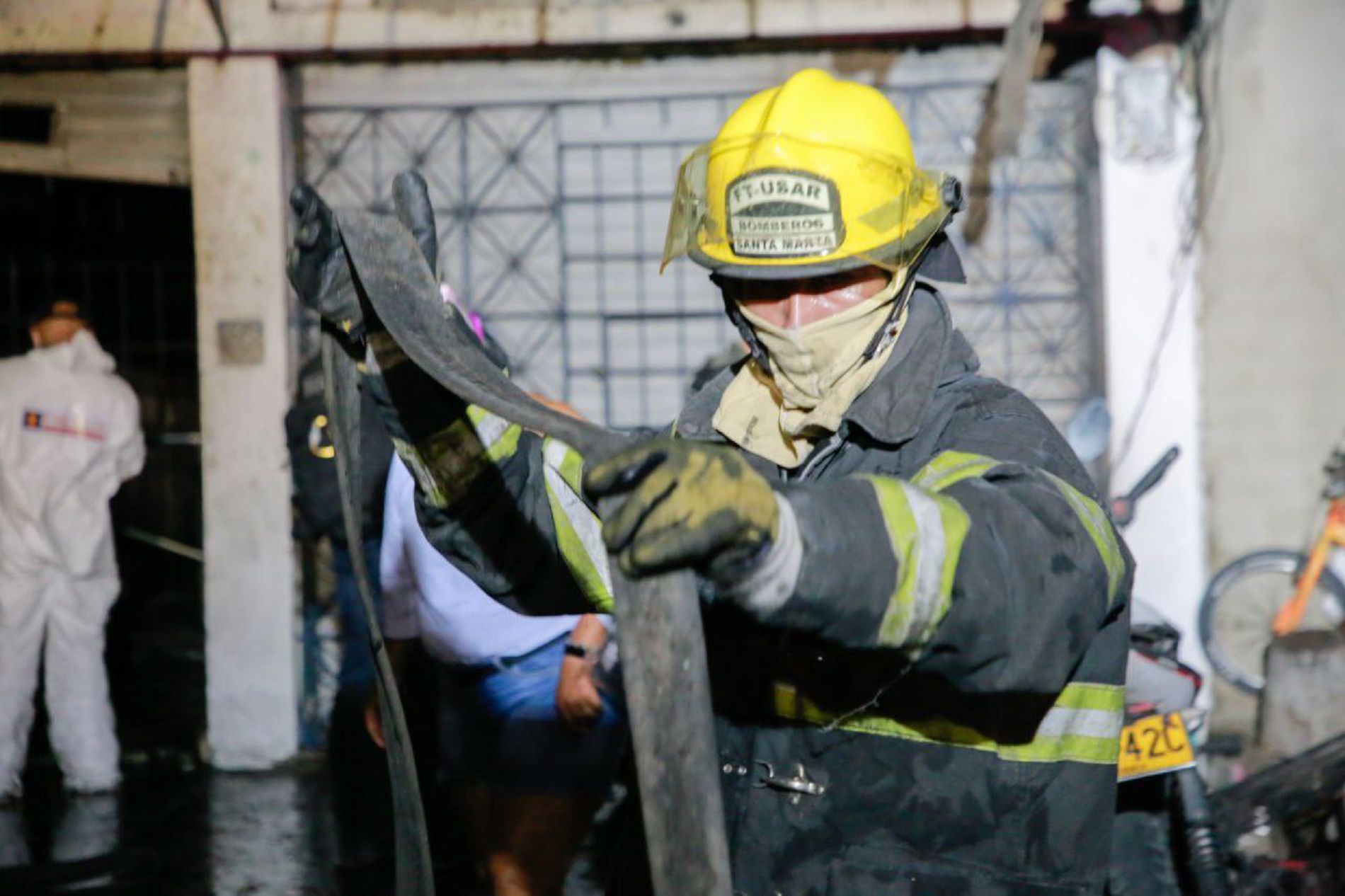 The head of the Office for Risk Management and Climate Change of Santa Marta, Jorge Lizarazo, issued an alert message for these December holidays and asked citizens to avoid the manipulation of this type of artifact.

In statements collected by Snail Radio, the official stated that “We are in a month where families to see lights, colors, use this type of gunpowder or devices that generate explosion and They can affect both the lives of children and adults who dare to manipulate these types of substances that can generate explosions and affect the lives of Samarians”.

During the early hours of Monday, investigators from the Fire Department and the CTI carry out the investigations to clearly establish the causes that caused the conflagration as well as identify the people who lost their lives in the events that occurred last Sunday.

According to the National Institute of Health (INS), during the season of the end of the year and the new year 2020-2021, there were 703 injuries throughout the country; What is important about this figure is that 243 minors were affected by the mishandling of these artifacts. The most important thing is that this figure occurred at the most serious moment of the pandemic caused by covid-19.