Incidents demand toll, no supporters in Belgium for the time being 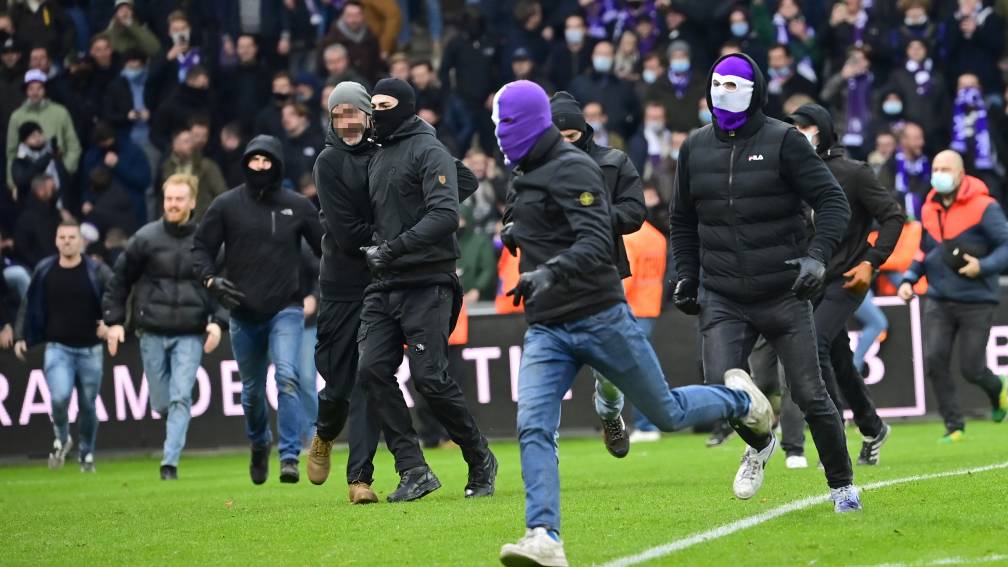 In Belgium, until the end of this year, away supporters are no longer welcome in football stadiums. This has been decided by the board of directors of the Pro League after two matches in the highest league went wrong last weekend.

At the match between Beerschot and Royal Antwerp FC, supporters entered the field on Sunday and fireworks were thrown towards the branch. The same happened in the match between Standard Liège and Charleroi, which was definitively stopped after 87 minutes.

“After consultation, the board of directors has decided not to allow visiting supporters in all matches of the Pro League from the next match day until the end of the calendar year.” It concerns the Jupiler Pro League, 1B Pro League and Croky Cup.

The incidents followed a call to comply with the corona measures and to wear a face mask. According to the Pro league, this is unacceptable and criminal behaviour.

“This measure will install a cooling-off period around our matches and, by temporarily suspending bus travel by visiting fans, will also have an impact on the virus circulation that we can limit.”

Standard also intervened earlier in the day. Part of the stands will be closed and there are no more tickets for sale for the next home games.

Kuipers: Influx of corona patients in hospitals has passed its peak

Kuipers: Influx of corona patients in hospitals has passed its peak