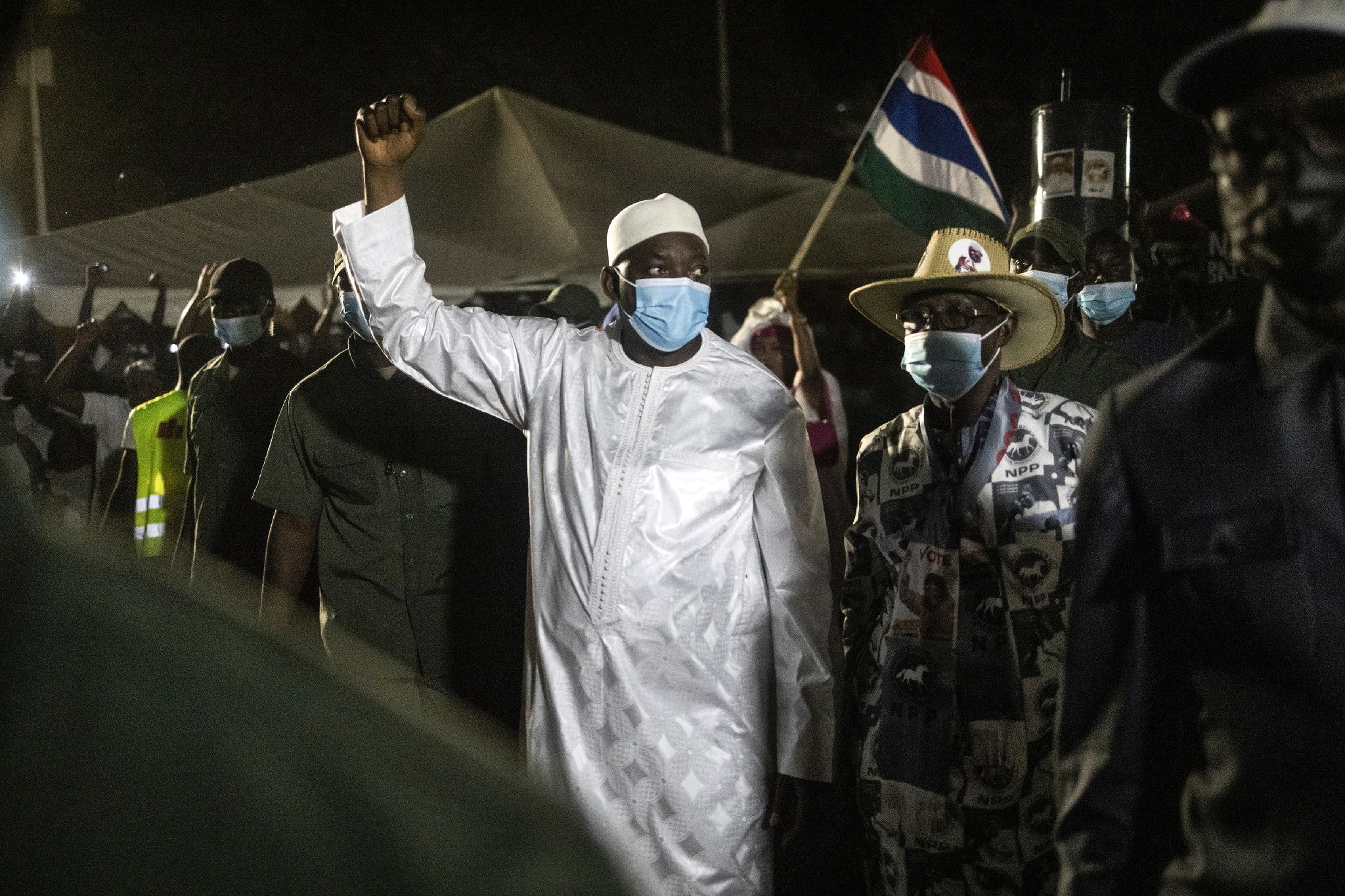 The outgoing Adama Barrow was declared Sunday, December 5, overwhelmingly the winner of the presidential election in The Gambia, a proclamation disputed by his opponents. He received more than 53% of the vote, against 27.7% for his main competitor Ousainou Darboe, according to the results released by the electoral commission. The chairman of the commission, Alieu Momarr Njai, told reporters Adama Barrow “duly elected to serve as President of the Republic of The Gambia”.

→ THE CONTEXT. Gambia, the first presidential election after Yahya Jammeh

Five years ago, Adama Barrow, a former property developer now 56 years old and then almost unknown, defied the prognosis and beat the dictator Yahya Jammeh after more than twenty years of rule characterized by a multitude of atrocities committed by the State and its agents: assassinations, enforced disappearances, rapes, torture, etc. The 2021 presidential election is the first without Yahya Jammeh since 1996.

Results rejected by its competitors

Crowds of supporters marched part of the night amid a din of horns and horns in the streets of the capital. They danced on a vast esplanade and gave Adama Barrow a standing ovation when he spoke to them to endorse the victory “with a great sense of joy and humility”, and call on them to “respect” the voters of his competitors. The election, which was played on a round, was “free, fair and transparent,” he said.

But his opponents have said they dispute these results and reserve “all means of action”. “For the moment, we reject the results so far announced” by the commission, declared to the press Ousainou Darboe, alongside two other of his competitors. “All the means of action are on the table,” he added, calling on “all Gambians to remain calm and peaceful” while investigations are carried out. The representatives of these candidates present at the time of the counting operations noted “a number of problems”, he said.

Economic crisis and the fate of Yahya Jammeh

Gambians flocked to voting booths on Saturday, producing a turnout of around 87%, according to official results. The fate of the former dictator Yahya Jammeh, the economic crisis as well as the consolidation of democracy were among the stakes of this election. Adama Barrow calls for the return of freedoms, the construction of roads and markets and the pacification of relations with the international community.

→ READ. Yahya Jammeh, the fall of the “king defying the rivers”

About one of the two million inhabitants were called upon to choose from among six candidates, all men, the one who will lead for five years the smallest country in continental Africa, which is also one of the poorest in the world. The Gambia has been severely affected by the Covid-19, which has dried up the flow of tourists, one of the country’s primary sources of income with agriculture.