Eric Zemmour was injured in the wrist during his meeting, according to his team 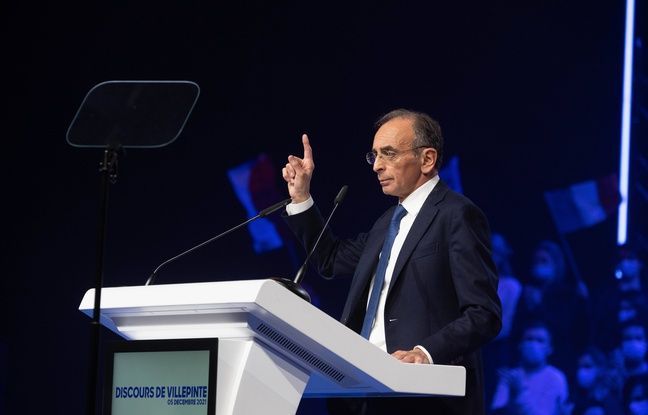 Tensions were high at Eric Zemmour’s meeting on Sunday in Villepinte in Seine-Saint-Denis. According to those around him, the candidate was injured in the wrist there when an individual grabbed him just before he went on stage to deliver his speech. He was also prescribed by a doctor 9 days of ITT.

A complaint is envisaged, added Antoine Diers, spokesperson for Eric Zemmour’s new Reconquest party, saluting the “courage” of the presidential candidate, who held his first campaign rally. A total incapacity for work greater than 8 days can be worth, in the event of conviction by the justice, a penalty of up to 3 years of imprisonment and a 45,000 euros fine, according to the Ministry of the Interior.

After a series of supportive speeches at the podium, Eric Zemmour arrived in the room around 5.30 p.m. In the middle of a cheering crowd, an individual grabbed him. “The aggressor” was immediately exfiltrated, according to the candidate’s team. He was then arrested by the police.

Before the meeting started, a team from the Quotidien program was booed by the audience with cries of “everyone hates” Daily “”, before being briefly sheltered. SOS Racism activists leading an action that wanted to be “non-violent”, by unveiling clothes to say “no to racism” were attacked by participants. Five people were injured, two of whom were taken care of by firefighters, according to the association.