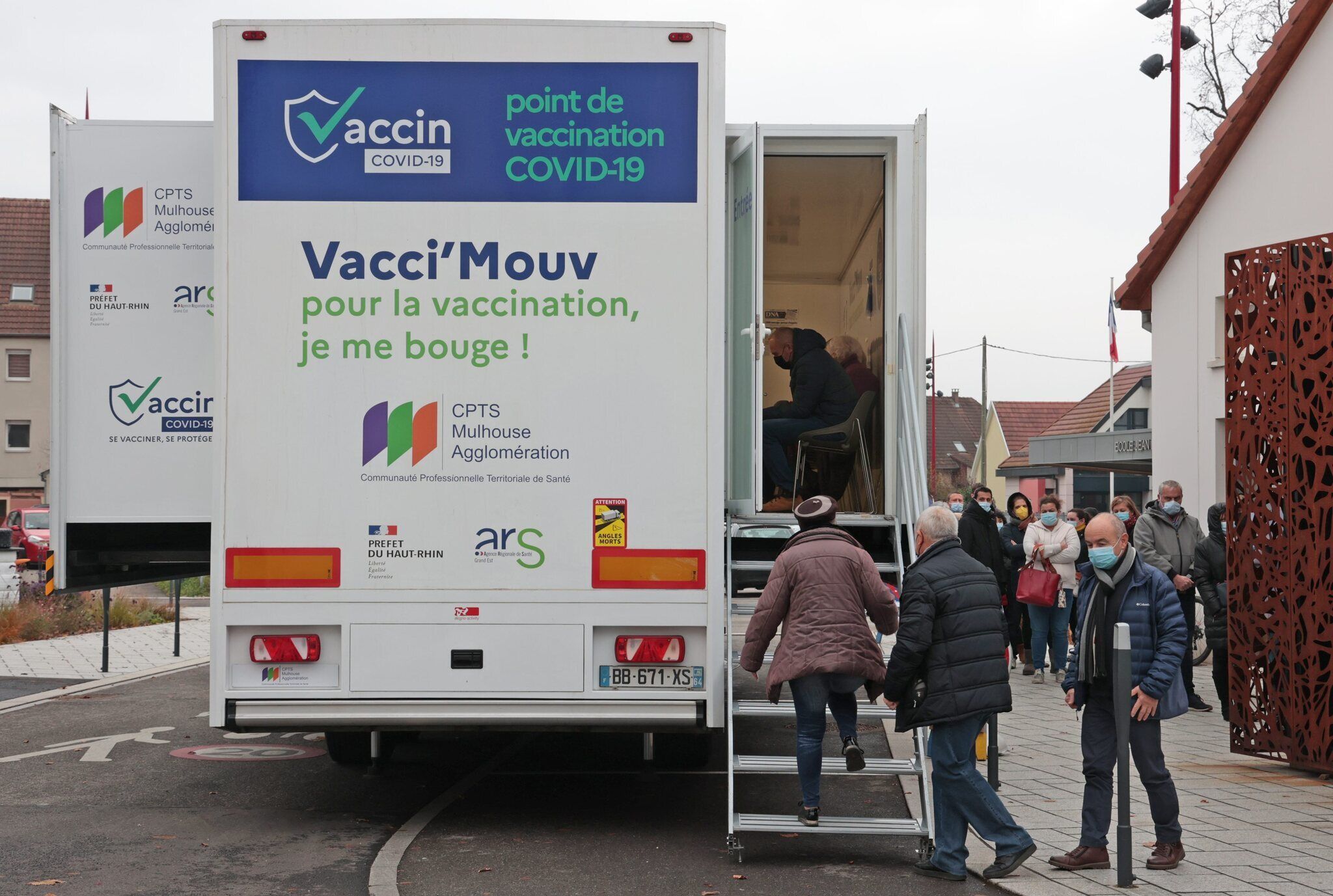 ► “In Germany, the measure is more like a duty than an obligation”

Isabelle Bourgeois, specialist in Germany and co-founder of Tandem-Europe

“In Germany, the virulent fourth wave of coronavirus kills nearly 400 per day, and particularly affects the unvaccinated. Despite health restrictions, the proportion of the population fully vaccinated has not risen from 68% (against 70% for France). This situation has pushed the social democrat Olaf Scholz to upset the order of things, while he will not officially don the costume of chancellor until next week.

→ READ. Can we make vaccination compulsory?

Without waiting, and in reverse of his previous positions, he declared himself in favor of the vaccination obligation, Tuesday, November 30, while launching the debate in the Bundestag. Parliament is essential for the adoption of such a measure. It is a long process with intense debates which will include three readings, and which should not result in the publication of the implementing decree before March. Germany is therefore taking the path of Austria, which has already adopted such an obligation, as of February 1, 2022.

A precedent exists in Germany: since 2019, children must be vaccinated against measles. And Olaf Scholz comes to the same conclusion as a majority of Germans: two-thirds of opinion is now for the vaccination obligation, while the same proportion was against this summer, when the danger seemed over. It should be understood that, in Germany, the measure is more akin to a duty than an obligation. The principle of subsidiarity, which implies acting at the right decision scale, begins with the individual. It is very clear in German society: responsibility is the corollary of freedom.

Since it is a question of avoiding a great danger, the Constitutional Court of Karlsruhe should not go against the vaccination obligation. Everything indicates that it will find the measure proportionate to the circumstances, and therefore in conformity with the fundamental law. On November 30, in fact, the highest court in the country took a decision in this direction, considering that the containment measures decided in April (curfews, school closures, exit restrictions) were in accordance with the law. This certainly comforted Olaf Scholz in his choice.

→ EXPLANATION. Omicron: how Europe is preparing against the new variant of Covid

There will always remain a margin of the population resolutely opposed to vaccination, undoubtedly more in the East than in the West. We can expect demonstrations which in case of violence will become the business of the police. But neither will there be a police officer behind each citizen to forcibly vaccinate them, even if once the text has been corrected by the deputies, fines should not be excluded. The whole point of the parliamentary debate will be to define acceptable methods of control. “

“Before establishing a vaccination obligation, several ethical and practical questions should be asked. The proportionality of the measure, its merits, the transparency of decisions and the balance between two main principles: individual autonomy versus collective protection… Would a vaccination obligation be proportional to the situation? It would be if it guaranteed efficiency in terms of better control of the pandemic or exit from the crisis. However, I am not sure of this merits.

→ ANALYSIS. What do anti-Covid vaccines protect against?

Because what would be the objective, the benefit, of a compulsory vaccination? Protect the unvaccinated from severe forms to relieve intensive care? The argument is only half convincing, the people most at risk of severe form already being widely vaccinated. Is it then to prevent falling ill again? The obligation would not change anything, the vaccine not preventing recurrence. Finally, the third objective, to put the brakes on the circulation of the virus? There, again, we see that even with a largely vaccinated population, this circulation is not decreasing, if one relies on the current incidence rate. In fact, the vaccine is mainly used to protect serious forms. It is only fully effective on this component. To believe that the vaccine obligation will get us out of the crisis would therefore be an illusion. Or at least wouldn’t be scientifically honest.

Therefore, the compulsory vaccine would become a political choice rather than a scientific one. But in public health, there needs to be a minimum of support from the population. And what I fear, not as a scientist, but as a citizen, is that such a decision will accentuate the divisions. Introducing an obligation will add a layer of discontent, of frustration, in an already suspicious part of the population. What we should rather be trying to find a part – the most extreme being impossible to convince – of the 6 million French people not yet vaccinated. Otherwise, the frustration created by the obligation risks leading to a kind of radicalization and leading to a relaxation of everything (barrier gestures, wearing a mask, etc.). And there it would be a disaster, because the vaccine is only one of the safeguards of the epidemic.

→ READ. Covid-19, should children be vaccinated?

And practically, how to apply an obligation to the whole of a population? How would we go about looking for the recalcitrant? How are they sanctioned? If there really was a need for compulsory vaccination, why not imagine that it only concerns frail people, those over 65 who have not yet received an injection, for example, or those with comorbidity? But if a “sectoral” vaccination is easier to control, it nevertheless creates discrimination. “