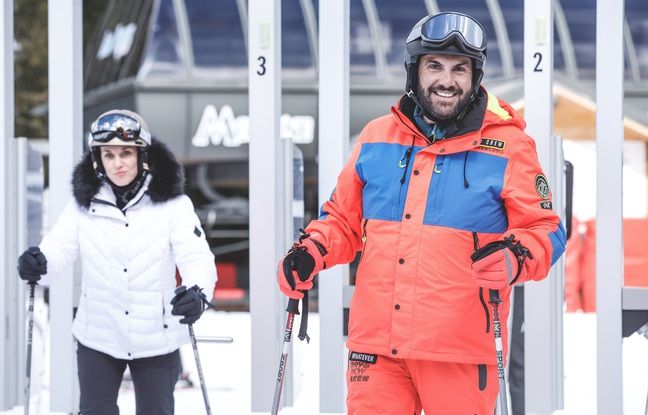 Like the Bronzed, they go from the beach to the mountains. This Monday, the members of the Camping Paradis team are leaving the south of France to put their bags down in Morzine, in Haute-Savoie. Forget the flip-flops, après-ski is in order for this rather special episode for two reasons. It is first of all the first time that Tom Delormes and his friends have left the campsite, but above all, the shooting took much longer than expected.

It is March 10, 2020. The coronavirus, which we have been talking about for only a few weeks, has arrived in Europe. That day, Italy was confined. About fifty kilometers north of the country, the production of Camping Paradis begins filming a new episode despite the vision of a noose that tightens over the days. “It was quite obvious that it was going to fall on us,” recalls Laurent Ournac, interviewed by 20 Minutes. Closure of schools, ski resorts, tourist sites, Emmanuel Macron’s announcements are not reassuring. After only four days of work, the decision is made to turn off the cameras, put away the equipment and go home.

“We had shot only one week out of the four planned so we could have said that it could go in the trash and that it was going to be too complicated to manage financially”, says Laurent Ournac who directs this episode. Finally, TF1 and the production company decide to postpone the boxing of the episode. The appointment is made for January 2021.

As long as there is snow there is hope

Almost a year later, the Camping Paradis gang returned to Morzine to (finally) put an end to ten months of waiting and it was with great surprise that they discovered that the conditions were better than the previous season. . “The mountain postcard had to be perfect with the snowy slopes, the smoke coming out of the chimney roofs, the trees covered in snow… The first year, it was more Morzine in spring than in winter”, smiles Laurent Ournac.

Nothing to rejoice at having been confined for several months, but this observation was an opportunity to draw some positive from this situation. “It’s true that it was a bad thing for a good because we can do special effects to add snow but it still costs relatively expensive and it would have complicated the task for us if we had had to continue in the conditions of the month of March, ”continues the director.

Returning to the snowy road to Morzine in January was not a big challenge for the troupe in the series. “We were part of the privileged intermittent spectacle who were able to resume work quickly, unlike the world of culture and performing arts. Everyone arrived with this desire and realizing the chance we had to resume, ”testifies Laurent Ournac.

A year, an eternity for a teenager

Due to the Covid-19 health crisis, the government had imposed the closure of ski lifts, forcing the mountain tourism sector to spend a white season. For the needs of TF1’s fiction, the Morzine resort set up one or two chairlifts in order to give the illusion, on the screen, that the routine continued. Since the devil is in the details, Laurent Ournac also went to the side of the Swiss border, where the stations were open, to film vacationers descending along the slopes.

In front of their TV Monday evening, TF1 viewers should not realize the adventures that the teams went through to deliver this episode. Unless the most discerning fans pay attention to the character of the young Leo whose interpreter, Antonin Brunelle-Rémy, was between 12 and 13 years old when he played in the series. “He took two or six centimeters but he didn’t change except the height. It is not visible, assures Laurent Ournac. Me, I gained a few kilos because of the confinement but with the images mixed with the others, it does not show too much. “

Soon, Laurent Ournac will be heading back to the south of France, not for the filming of Camping Paradis but to slip behind the camera of Here Everything Begins. The daily soap opera will welcome the actor as director for a month-long session in January 2022.