The National Court cuts the wings of Pollo Carvajal 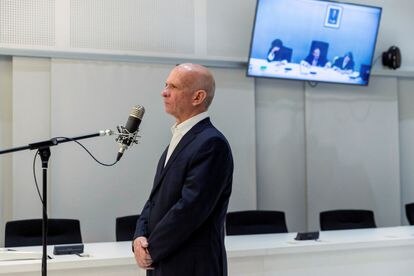 Hugo Carvajal, during the 2019 hearing on his extradition at the National High Court.POOL (Reuters)

The bullets run out for the elusive Hugo Armando Carvajal, The Carvajal Chicken, the former head of Chavista counterintelligence who spent almost two years on the run from Spanish justice after his extradition to the United States was approved in 2019. After his recapture in Madrid last September, the courts have so far frustrated all attempts by the ex-military to cancel his surrender to the North American country, where he is being sued for narco-terrorism. The big blow came this week, when the National Court rejected the latest allegations made by his defense. A decision of the magistrates against which there is no recourse and that not only cuts the wings of the Venezuelan – who is in jail – to fly free, but also leaves him on the verge of boarding for the United States.

“The appeal presented by Carvajal is rejected,” the Criminal Chamber of the National High Court ruled last Friday, which is about the end of a long history of leaks and deception. Even so, the former military’s lawyer does not give up and, according to Europa Press, will present a new document to the court requesting that the extradition be suspended after submitting a second asylum request. A maneuver that comes after the first was rejected and after the magistrates themselves accused the defense of deploying a “delaying strategy” to prevent the execution of judicial decisions.

Because the ex-military’s passage through Spain has always been full of entanglements. From the beginning. One of the many magistrates who has studied his case describes it like this: “El Pollo looks a lot like Commissioner José Manuel Villarejo. You can’t trust it ”. The ex-military man, who was a confidant of Hugo Chávez and Nicolás Maduro until his departure from Venezuela after breaking with the regime, landed in the country in 2019 with a false passport in the name of Adolfo José Mouriño. Claimed by Washington, his disguise barely held. He would be detained a few weeks later and a judicial process would then begin that gave the green light that same year to his extradition, but which would be interrupted by his escape – the Venezuelan was at that time at liberty waiting to hear the decision of the Court. National-. 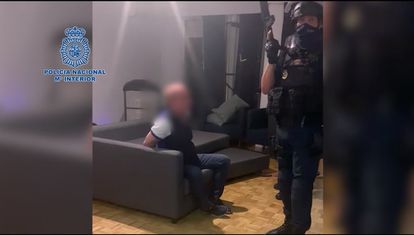 El Pollo Carvajal, after his arrest by the Police in 2021. NATIONAL POLICE (Europa Press)

Carvajal disappeared for two long years. Until he was captured again in Madrid in 2021. At that time, the judicial machinery was reactivated to set him on his way to the United States, but the former head of the Chavista counterintelligence counterattacked with a whole battery of resources and allegations that have prevented his delivery. These maneuvers have included appeals before the Supreme Court – which have failed – and a statement against Podemos, which he has accused of irregular financing and on which he has delivered documentation that, according to him, proves his words – which caused the reopening of a cause against the left party. Someone has provided those papers in his defense, since the National High Court keeps him imprisoned. He doesn’t trust him.

Despite the lawyer’s allegations, in their resolution last Friday, the magistrates of the Criminal Chamber reiterated that they accepted the guarantees offered by the United States that El Pollo, who even faces life imprisonment, would not suffer “torture nor inhuman or degrading treatment or punishment ”. For this reason, the National Court ordered to immediately communicate its decision to the General Sub-Directorate for International Legal Cooperation and Interpol.