The cry of Pope Francis in Lesbos: “Let’s stop this sinking of civilization!” “ 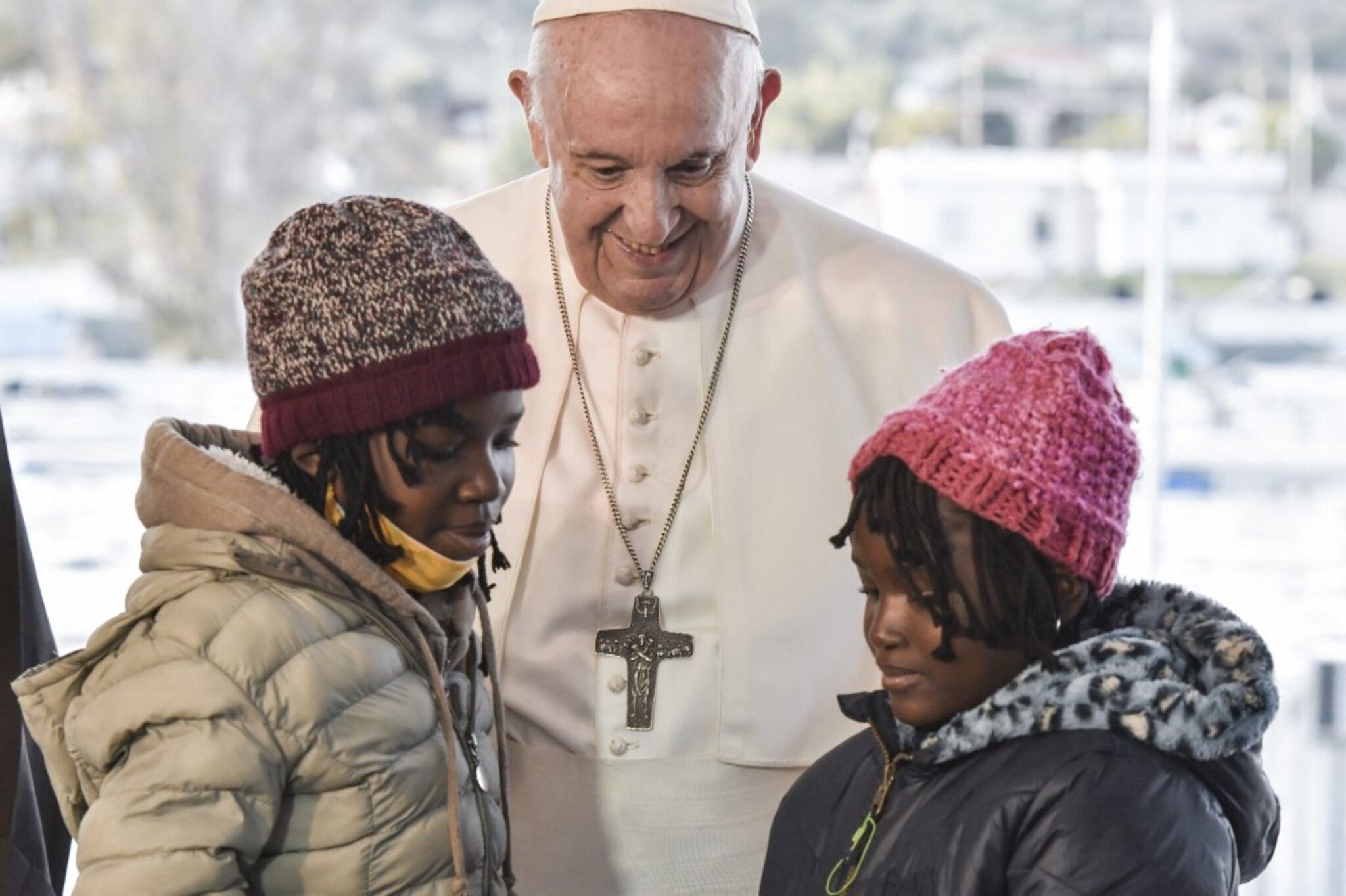 In Lesbos, the Pope uttered a loud cry. Not those cries intended to galvanize the crowds. But those that we make heard when we have no other choice. A cry of cold anger and incomprehension, a cry of faith and a call to leap. On this island at the other end of Europe, not far from the Turkish coast, François sent, Sunday, December 5, on the fourth day of his trip to the Mediterranean coasts, a powerful appeal to the West.

Under the white tent specially erected in the middle of this camp by the sea, and surrounded by walls, fences and barbed wire, the Pope once again thundered against the “personal and national egoisms” of European states, estimating even that they became “the criterion of everything”. Once again, he prayed to God to “wake us up from oblivion”, to “shake us off from the individualism that excludes”. Once again, he begged “man, all men” to “overcome the paralysis of fear, indifference that kills, cynical disinterest”.

“I promised it to the refugees”

Five years after his first visit to Lesbos, in 2016, François seemed to take note of a failure. “Not much has changed on the migration issue,” he euphemistically. A collective failure, that of a Europe unable to organize itself. But also perhaps his own inability, despite strong and regular speeches, to awaken consciences.

As if the Pope had perceived the weariness produced in some by his words, so often repeated that they too ended up being the object of the indifference that he never ceases to denounce. No doubt this is the reason why François wanted to return to Lesbos. “I promised it to the refugees,” he said privately some time ago.

“Let’s not let this ‘sea of ​​memories’ become the ‘sea of ​​oblivion’. I beg you, let’s stop this sinking of civilization! Isn’t the Mediterranean, visible behind him, in the process of becoming “a cold cemetery without tombstones” and even, in its striking phrase, “a mirror of death”?

In this setting, the Pope reiterated his shame. The shame of this “mare nostrum” which has become “mare mortum”. That felt, above all, in front of “the faces of the children” who were then in front of him. “They are innocent and represent the future,” recalled the Pope. “They challenge our consciences and ask us: ‘what world do you want to give us?’ “

Did the Pope lay his eyes, while pronouncing these words, on little Daniela, seated just to her right, behind the choir of Congolese who had sung for the arrival of the Pope? Near the little girl born in the camp 20 months ago, Jessica, her mother, has in any case lost nothing of the intervention of the man in white. Arrived two years ago, the 23-year-old arrived two years ago from the Democratic Republic of the Congo, after having spent several months in Turkey.

→ READ. In Cyprus, Pope Francis calls on the Church to be a “model of fraternity”

When questioned, she tells a story heard several times: a flight from Kinshasa to escape a forced marriage, a visa for Turkey, entry into a prostitution network, and finally arrival in Lesbos, after six hours of navigation in a makeshift boat, in exchange for his cell phone. And the difficult life in Lesbos, where she is supported by the Catholic parish, the religion of which she is so proud.

On arriving in the camp, Pope Francis also greeted at length the refugees massed near the temporary tents and prefabricated buildings, taking the time to walk, often leaning on the arm of one of his collaborators, the path separating the entrance to the camp and the platform reserved for it.

During his speech, the Argentine Pope confronted Europe with its contradictions, the Old Continent being, according to him, incapable of guaranteeing “respect for people and human rights” while “promoting them throughout the world” . Frontline states like Cyprus and Greece have welcomed far more than they could, Francis said in substance. The other countries must now take over.

Through his exceptionally strong words, this is how the Pope called Europe to start, and in particular to “the union of forces to take care of others”. He blasted the leaders: “It is easy to lead public opinion by spreading fear of the other. Why, on the contrary, not speak with the same vigor of the exploitation of the poor? “There are no easy answers to complex problems,” he hammered.

To Christians refusing to welcome migrants in the name of a Christian identity whose disappearance they fear, he also sent a message that could not be clearer: “It is God that we offend by despising the man created in his image, leaving him at the mercy of the waves in the lapping of indifference, sometimes even justified in the name of so-called Christian values. Faith, on the contrary, demands compassion and mercy. She urges us to hospitality. “

Before continuing: “It’s not religious ideology, it’s concrete Christian roots. Jesus solemnly affirms that he is there, abroad (…). And the Christian program is to be where Jesus is. “

But this visit to Lesbos, for which the Pope crossed all of Europe, and which we knew in advance would be one of the highlights of this trip, had been preceded, 48 hours before, by another anger, this time unexpected. Words “coming from the bottom of his heart”, had described a little later one of his collaborators.

On Friday evening, at the end of an ecumenical prayer with migrants, in the Church of the Holy Cross in Nicosia, in Cyprus, the country which constituted the first stage of his speech, the Pope thus left the text which had been prepared for him. And he had, in a few minutes, testified to his deep exasperation. Anger betrayed in its midst by this disarming confession, that of a pope who is struggling to make himself heard: “Excuse me, but I would like to say what I have on my heart”.

Before the migrants from Nicosia, he had passed a harsh judgment on the fate of those who, leaving their homes, at night and by boat, found themselves face to face with barbed wire, forced to turn back and finally to find oneself in camps, “real places of confinement, torture and slavery”.

An allusion to the Libyan camps constituting a formidable system which is similar, had then castigated François at a mechanism equivalent to those implemented by the worst totalitarian regimes, those of Hitler and Stalin. “This is the story of this developed civilization that we call the West! », He had launched.

Will these words succeed in shaking the conscience? In Lesbos, Jessica hopes so. “I know very well that the Pope is not God, but he is a heard voice. He can change things. The young woman does not know what the future holds for her. ” I do not know. But I carry my head up high, I am a fighter. “

Britt Dekker about horses, blunders and a nice virus

Meeting de Mélenchon: “It is not lost in advance”, for the LFI deputy Alexis Corbière

Meeting de Mélenchon: "It is not lost in advance", for the LFI deputy Alexis Corbière