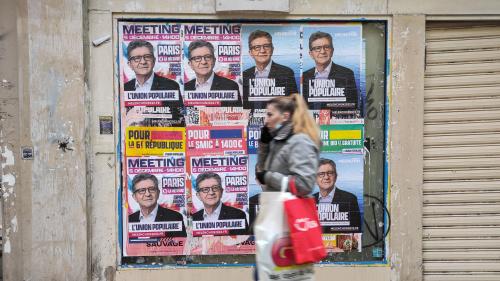 First life-size test for Eric Zemmour, who swaps, Sunday, December 5, the television sets for the stage of the Parc des Expositions de Villepinte (Seine-Saint-Denis) behind his slogan “Impossible is not French”. A little earlier, Jean-Luc Mélenchon defended his program, L’Avenir en commun, in the Espace Grande Arche Parvis de la Défense (Hauts-de-Seine). “A meeting is always a show of force,” and that contributes to a campaign dynamic, “insists Manuel Bompard, its campaign manager.

Jean-Luc Mélenchon starts at La Défense. The candidate of La France insoumise mobilizes his militants and wants to show that he can “unite from the base”, failing to do so with the other contenders on the left. Its meeting should mark the launch of a “People’s Union parliament” made up of 200 people, half from the trade union, associative and cultural world.

Eric Zemmour is measured at Villepinte. The far-right candidate intends to make a show of force during his first meeting at the Parc des Expositions de Villepinte (Seine-Saint-Denis). This day is classified “at risk”, according to the police, because of possible clashes with opponents of Eric Zemmour.

Valérie Pécresse wants to believe in her chances. Barely appointed LR’s presidential candidate, the president of Ile-de-France began a new campaign, with the challenge of successfully combining the social right with the hard right. “I can beat Emmanuel Macron”, she declares in the Sunday Journal.