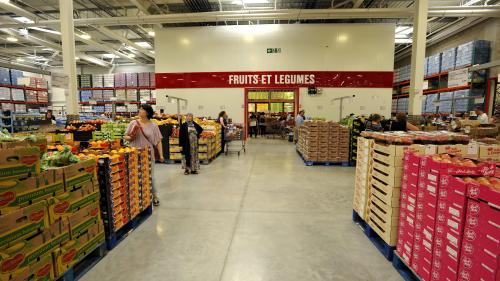 Four years after the opening of a first store in France, in Villebon-sur-Yvette, in Essonne, the American Costco opens a second on Saturday, December 4 in Pontault-Combault, in Seine-et-Marne. The principle is always the same: a “warehouse club”, halfway between a classic supermarket and a wholesaler, filled with products at knockdown prices. The only condition: it is only accessible to members for 35 euros per year.

Two to three times a month, Olivier has fun and goes shopping for around 150 euros. “I’m taking time,” he smiles. “I can stay an hour and a half, two hours doing all the rays.” He says he saw “a zodiac once”, but also “surfs”.

“It’s a bit like a treasure hunt. You have to know how to hold back because the opportunities are numerous, but you have the right to give in.”

Olivier shares his tips with the Facebook group he created, which has become a real community of over 30,000 fans. “I sometimes come with friends since the membership card allows me to bring two or three people with me, he explains. They discover, they have big eyes, it’s a bit Disney for them, and they leave with products and especially the menu. “

The distributor has 165,000 members, not enough to be profitable, especially as the second store was delayed, after many pitfalls before finally opening in Seine-et-Marne. Its competitors in French supermarkets have filed numerous appeals, delaying Costco’s projects in France. “In 2017, we had a second store on which we were working, and then unfortunately, this second project is not Happened, explains Gary Swindells, President of Costco France. At the administrative level, giving people the right to appeal is normal. On the other hand, there should perhaps be committees to see if the appeal is admissible or not. “

“Make no mistake, the appeals, 99%, are made to delay the project more than anything else.”

So, what future for this format in France? Without online sales, without fast delivery? “This model of commerce, it is that of accumulation and that of overconsumption, which is called into question, but we are not all in consumerist sobriety, analyzes Vincent Chabot, sociologist, teacher researcher at the University of Paris. And then Costco does not arrive in virgin commercial territory. You have a lot of solicitations by the new hard-discount, if I may say so: the Actions, the Stokomani, etc. And then there is also the trade in line which exerts a very strong competition on the non-food. “

But the American distributor has two advantages to attract elected officials. It rehabilitates vacant premises (no artificialization of land) and promises 300 jobs on site.