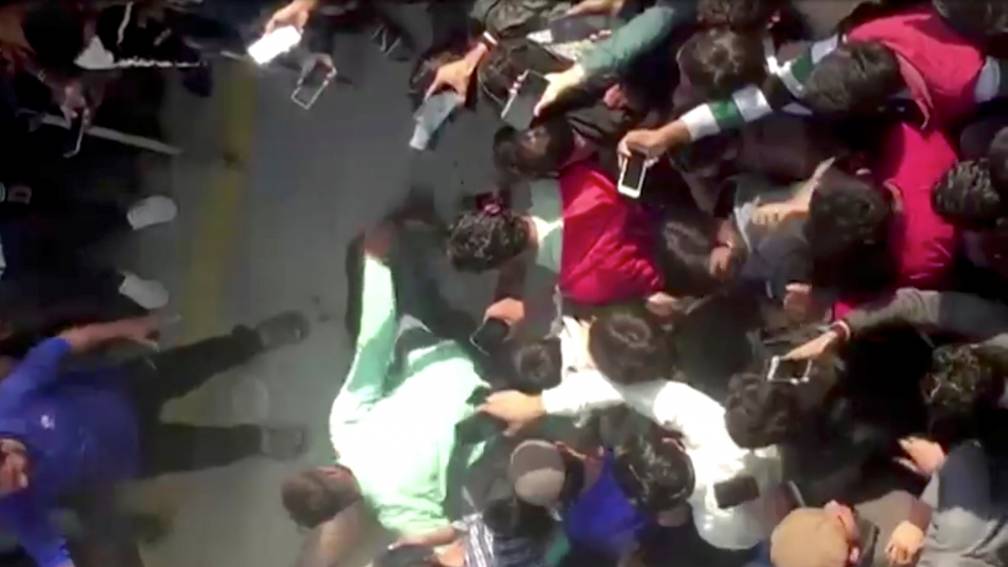 Police in Pakistan have arrested at least 13 suspects involved in the lynching of a man from Sri Lanka. Another 120 others are incarcerated for investigation.

A mob of hundreds of angry Muslims marched towards a sportswear factory in East Pakistan’s Punjab province where the Sri Lankan worked as a manager. He was accused of blasphemy. Factory workers attacked the manager for allegedly removing a poster with sacred Islamic sayings.

The victim was killed and his body publicly set on fire. According to the police, prominent suspects have been arrested who allegedly incited factory workers to violence. Also, according to the police, a video shows suspects who killed the man, carried him outside, took selfies with his burning body and proudly admitted it all.

Blasphemy is a crime punishable by death in Pakistan. Groups of radical Muslims are more likely to carry out attacks after accusations of blasphemy.

Prime Minister Khan reacted with horror to the incident and spoke of a day of shame for Pakistan. The lynching is also condemned from religious angles and the army.

Sinterklaas creates busy shopping streets, but measures are being complied with