Each person who reads these lines has 3 billion letters inside their cells that contain all the instructions for their body to function properly. In that book – the genome – there are misprints that can trigger cancer or cause death from an adverse reaction to a drug – a problem that causes 1 in 10 emergency admissions to a hospital. Until now, Spain did not have a plan so that doctors can access these instructions, understand them and treat each of their patients based on them. Now, a great project that involves hospitals and doctors from all over the country is going to lay the foundations for citizens to have universal access to this practice.

In the not too distant future, genetic analysis of patients may change the essence of medicine. Now the sick patient is treated, but if his genome is known in advance, doctors can anticipate the disease and perhaps avoid it, explains Ángel Carracedo, coordinator of the Precision Medicine Infrastructure Associated with Science and Technology (Impact ). “The data obtained will make it possible to improve the diagnosis of some types of cancer, rare diseases and personalize diagnoses and treatments,” he adds.

Until now, the implementation of clinical genetics has been uneven according to the autonomous community. In addition, there is no recognized clinical genetics specialty, which makes it difficult to train new professionals, explains Carracedo. Impact, financed with almost 24 million euros by the Ministry of Science and Innovation, intends to generalize these practices in the next three years. Several of those responsible for this program explained its characteristics in the Interdisciplinary Congress of Human Genetics held in Valencia.

The project will try to help people in whom a metastasis is detected without knowing in which organ the primary tumor originated. They are cancers that have a poor prognosis, but this can improve if a detailed genetic analysis is done. “There are 40% of patients who can benefit from a more specific therapy for the genetic profile of their tumor. One of the objectives is for there to be equity throughout Spain to access these services, regardless of the region in which they live ”, highlights Carracedo. Another of the pilot projects is trying to help people suffering from hereditary cancer with an unknown genetic cause.

Extremadura doctor Adrián Llerena coordinates the application of genetics to another universal problem: preventing the damage that doctors sometimes do in their attempt to heal. “A good part of the population is hypermedicalized, drug combinations are taken that have not been studied and their effects are unknown,” explains Llerena, director of the Clinical Research Center of the Extremadura University Hospital.

The problem is that there is no exact dose of any medicine. “Those doses are based on a statistical average based on the majority.” But the same amount of drug does not work for everyone. Many people develop serious side effects that land them in the hospital and can even kill them. There are cases in which if the genome had been analyzed it would have been seen that there was a mutation of intolerance to this compound. “At this time, genetic factors are known on 60% of frequently used drugs,” explains the doctor.

It is thought that at least 10% of hospital emergencies are due to these adverse effects and that figure can reach 25%, that is, one in four patients, as Llerena has verified during the implementation of a pilot project to try to tackle this problem in Extremadura. In this community, the aim is to first analyze the genome of the most vulnerable people – mentally ill, cancer patients and other diseases – and then the rest of the population. 10 genes that provide information on about 70 drugs are analyzed and treatment is adjusted if necessary. This is known as pharmacogenetics.

Another objective is to attack diseases of genetic origin caused by a single misprint of the genome, which can ruin a person’s life and, what is worse, that doctors do not know how to explain what happens to them. Impact will analyze the genome of patients with a probable undiagnosed rare disease to try to identify it. It is likely that this search will end up identifying new ailments, as the team of Pablo Lapunzina, geneticist at Hospital La Paz in Madrid and coordinator of this part of the project, has already done. 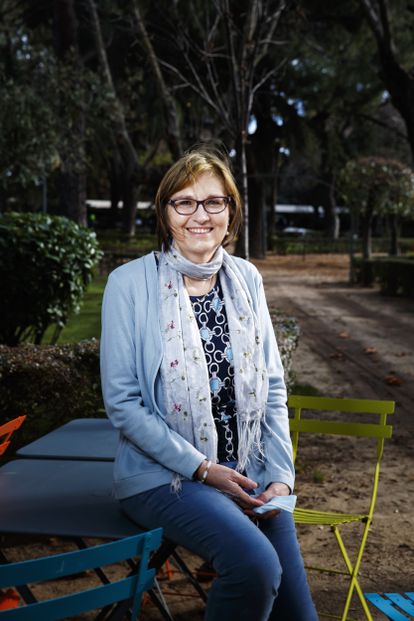 Another of the pillars is the creation of the largest cohort of patients in Spain. It will be necessary to know their medical history, their previous illnesses, their genetic profile and probably their lifestyle: what they eat, how much sport they do, if they smoke or drink regularly. The goal is for 200,000 people to participate, a representative sample from all over Spain. “It is an important challenge because other countries have only reached a small fraction of the final goal,” explains Marina Pollán, director of the National Epidemiology Center and responsible for this part of the project. Countries such as the United Kingdom, France or Germany already have these cohorts that allow them to carry out scientific studies on the prevalence of common diseases in their population. “It is time for Spain to do the same because in part we have considerable differences, not so much genetic as environmental, for example our diet and our way of life,” says Pollán. “To make this work we depend on the generosity of the people; that allow us to know your data and your genes. It is very possible that they do not benefit directly, but their information can save the lives of others ”, he highlights.

Aina and MarIA, the medical ‘alexas’ in Catalan and Spanish

“Putting together medical history, medical images and genetic data is very complex,” he explains. Alfonso Valencia, Head of Life Sciences at the Barcelona Supercomputing Center (BSC). In Valencia falls the coordination of the Impact data management axis. This involves investigating how medical records could be consulted from many different hospitals when almost each of them stores data differently. “The idea is that the information never leaves where it is legally stored [una Consejería de Salud, un hospital…], but can be consulted without removing it. In an ideal case, we would have all the information about a mutation and the drugs that are most suitable for them. On the other hand, there would be the patient’s information, their genetic and medical data, what medicines they have previously taken. All this information is provided to doctors to facilitate their diagnosis, a kind of decision system ”, details Valencia. At the end of the project, they will make a recommendation on which systems work best so that a system can be implemented at the national level.

This project intersects with another of great interest: the creation of Aina and MarIA, two language models in Catalan and Spanish, respectively, which are being created at the BSC. These models are capable of aggregating and classifying information and of maintaining dialogues similar to those of the artificial intelligences of Google or Amazon. The idea is that these systems can also read and understand medical records, a real challenge, since these are usually written in a telegraphic style, many negations and, in general, a language very different from what is normally used. “All this makes us think that they will have to be retrained so that they can understand the histories and extract the information that interests each doctor or researcher,” concludes the researcher.

ADE Awards for Business Leaders 2021: the 6 most outstanding leaders and entrepreneurs of the year were awarded

ADE Awards for Business Leaders 2021: the 6 most outstanding leaders and entrepreneurs of the year were awarded