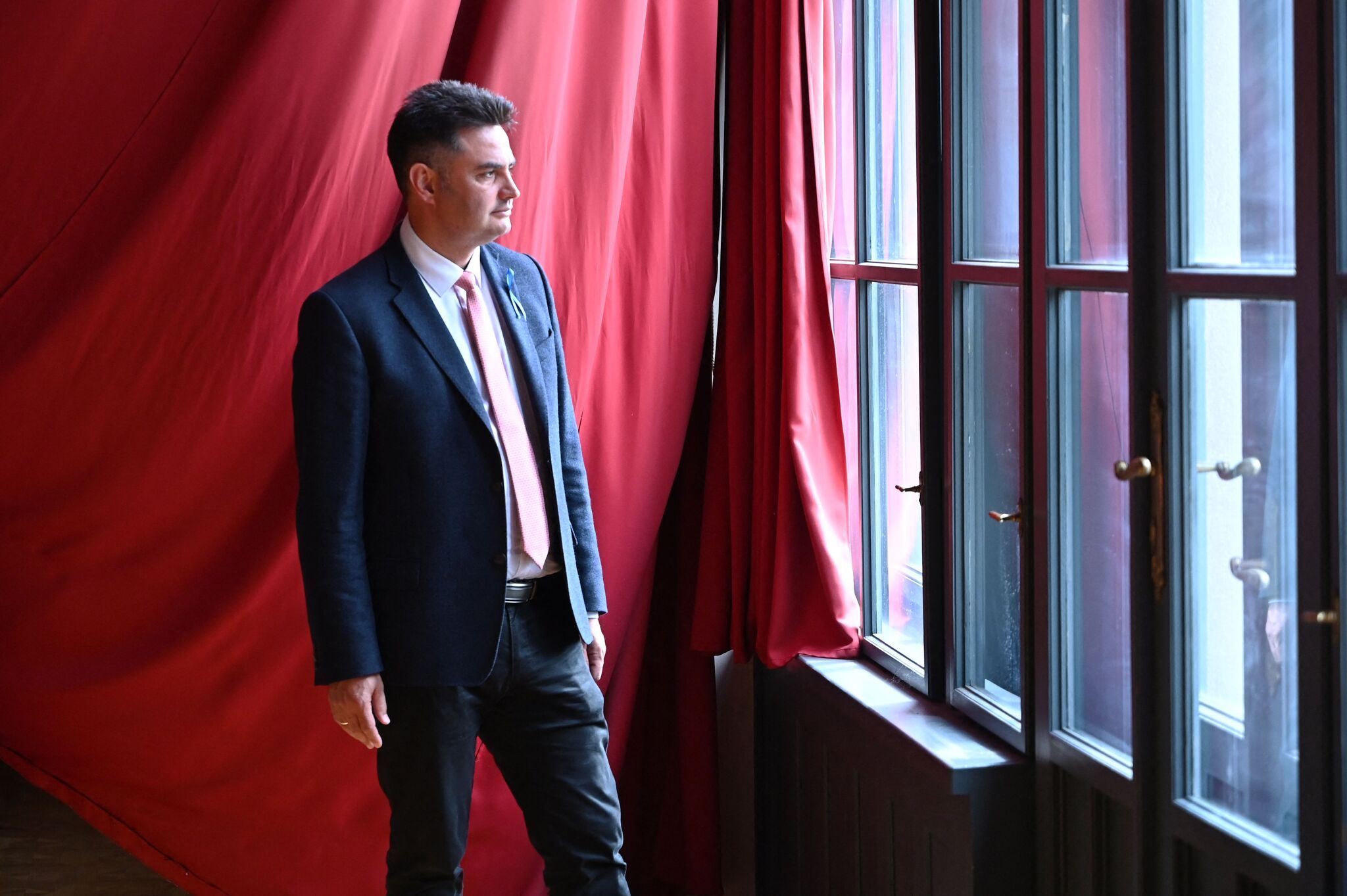 “I wouldn’t have bet on me either. This is not the shock sentence that we expected, from a fighter brought into the ring against Viktor Orban next spring. But it has the merit of honesty. His victory in the primary elections in October surprised everyone, and here is Peter Marki-Zay, “MZP”, propelled at the head of an alliance of six parties which share only one thing: the ardent desire to unclog the outgoing Prime Minister. “I offer the parties the possibility of winning together, because without me, they have no chance,” said the 49-year-old man who did his classes by delighting the town hall of Hodmezovasarhely, a stronghold of Fidesz du southern Hungary, in 2018.

A right-wing alternative acceptable to the left

Under the watchful eye of his campaign manager – an American-Hungarian who was born and raised in the United States – Peter Marki-Zay is very comfortable criticizing Viktor Orban and his system, with the freedom of tone of the self-taught politician. “ViktorOrban betrayed the interest of Hungary and the European Union to serve Chinese and Russian interests, and the only possible explanation is corruption.” He judges that the head of government “has no principles or values, is not Christian and has never been”, and that he has built a “kleptocracy”. “The criminals will have to be judged,” he warns, starting with Viktor Orban’s own son-in-law, Istvan Tiborcz.

→ REPORT. In Hungary, the united opposition holds its candidate who will face Orbán in 2022

The atypical profile for an anti-Orban of Peter Marki-Zay – which he now summarizes almost mechanically as that of “a Christian, conservative and father of seven children” – is his main asset. “Unlike a left-wing candidate, I can go and seek out conservative and undecided voters,” he assures us. Its strategy therefore consists in presenting itself as an acceptable right-wing alternative for the left, that is to say in convincing the supporters of the national conservative Jobbik party and the disappointed Fidesz, without losing the social-democratic and liberal left, which has remained powerful in the capital.

Between rupture and mimicry

The big gap comes at the cost of convoluted communication, supposed to consolidate the right with themes that appeal to it, but in which the left is also supposed to detect a denunciation of the cynicism of Fidesz. This is what he does by evoking the supposed homosexuality of Viktor Orban’s son or when he accuses Fidesz of having “allowed tens of thousands of migrants to enter Hungary and the Schengen zone, including criminals. and wanted Islamist terrorists ”. A message supported by a large poster campaign that hijacks government codes.

This could pay off with the provincial electorate. But the unstable team must not lose its left support along the way, who would have been much more comfortable by voting for the environmentalist mayor of Budapest Gergely Karacsony or for the social democrat Klara Dobrev. However, the euphoria of a primary which mobilized more than 800,000 voters at the beginning of the autumn has subsided, and gives way to the discomfort vis-à-vis “MZP” who speaks decidedly too much like the one he is fighting. . “It will be very difficult to support you,” warns journalist Lacko Bernath in the left-wing media Merce.

Peter Marki-Zay, however, knows how to be reassuring, taking care to denounce “unacceptable hate campaigns targeting Roma, migrants and homosexuals”. Favorable to a federal Europe (“Don’t forget that I lived in the United States”, he recalls) as well as to the integration of Hungary into the euro zone and into the European anti-corruption prosecution at most quickly, he made a successful tour in mid-November in Brussels.

It is 7 p.m. Peter Marki-Zay must end the interview to meet with former Social Democratic Prime Minister Ferenc Gyurcsany, an opposition heavyweight who is said to betray him at the first opportunity. “He’s a … pragmatic man,” he admits with a smile. But I am optimistic: all parties have understood that there is an extremely strong demand from the electorate for us to work together. Going against the united opposition would be suicidal. ” Peter Marki-Zay continues to chart his course, on a ridge line. The ravine is never very far.

Returning to power in 2010, Hungarian Prime Minister Viktor Orban chained two terms with a two-thirds majority, which gives him free rein to shape the Constitution as he pleases, according to his principle of “illiberal democracy”.

In less than twelve years, the leader of Fidesz (national-conservative, anti-immigrant) will have modified the electoral laws to his advantage, limited the power of the Constitutional Court, and taken control of the media through his relatives.

In the viewfinder of the EU, the Orban government has since 2018 been subject to a so-called “article 7” procedure for violation of the rule of law.

Questions in the math theme park