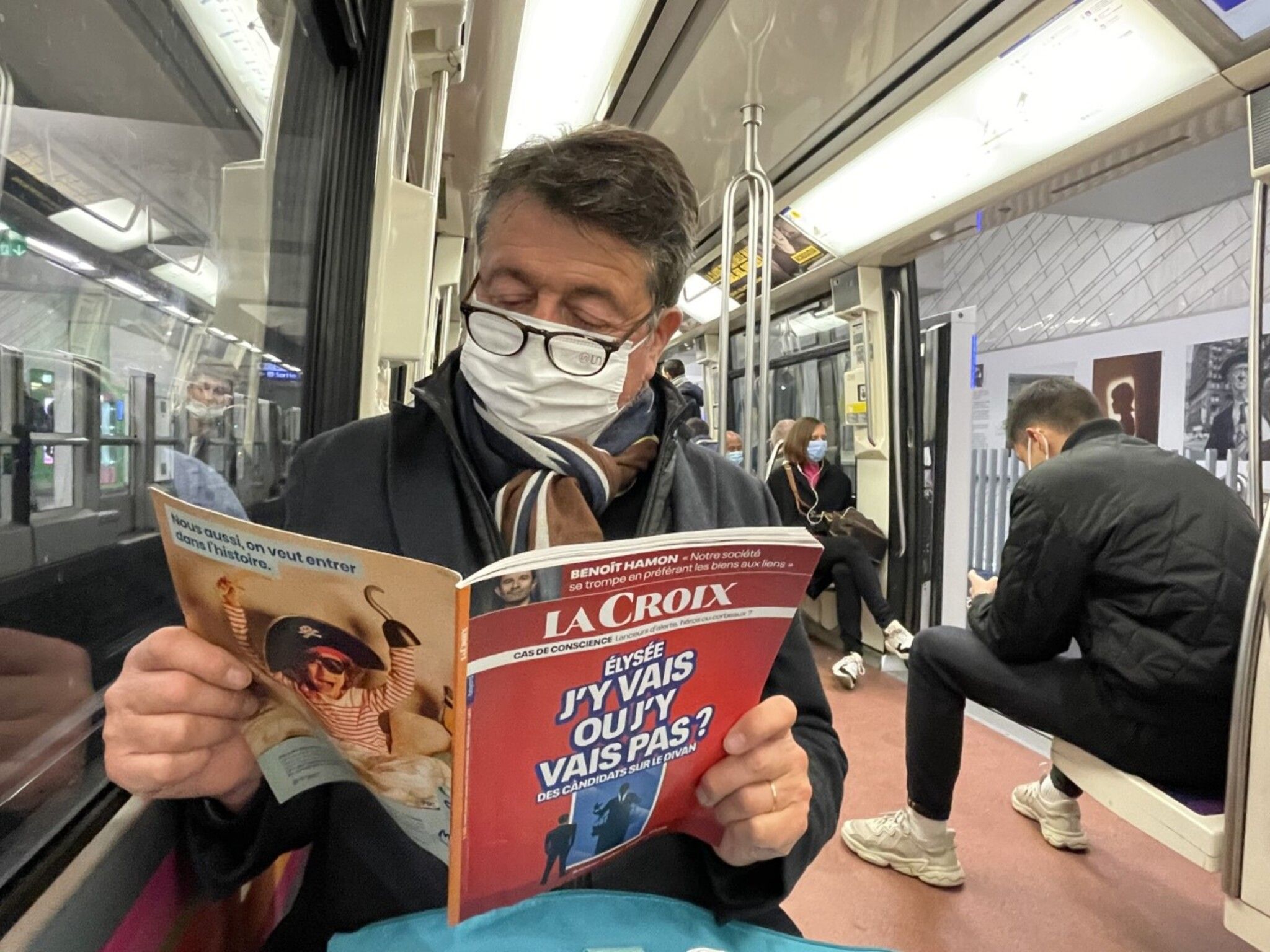 Where do you read L’Hebdo?

“One of the last to read a newspaper in the metro… The others are on the cell phone. “

Invitation to the museum

As an extension of the exhibitions “Hajj, the pilgrimage to Mecca” in 2014 and “Christians of the East. Two thousand years of history ”in 2017, the Institut du monde arabe in Paris is continuing its trilogy devoted to monotheistic religions in the Arab world with the exceptional exhibition“ Jews of the Orient. A multi-thousand-year history ”(until March 13, 2022). La Croix, partner of the exhibition, is offering the first 25 readers who come forward an entry for 2 people.

Find the link to participate in the La Croix L’Hebdo newsletter, on your e-mail box

The Salvation Army, in partnership with La Croix, is organizing a direct fundraising campaign to support social projects in favor of the most vulnerable people. Meet on Monday December 6 at 7:45 p.m. at the Théâtre de la Madeleine in Paris.

Everybody talks about it !

Our edition of November 27-28, whose dossier was devoted to Joséphine Baker, was broadcast at the Château des Milandes (Dordogne) on Tuesday, November 30, the day the artist entered the Pantheon.

Elsewhere, on the Twitch streaming platform, it was journalist Samuel Étienne who spoke at length about our dossier devoted to Joséphine Baker in his press review, “La Matinée est tienne” (twitch.tv/samueletienne), Saturday, November 27. What if it’s your turn to share L’Hebdo?

The hunt for songs

This week, L’Hebdo’s playlist is devoted to hunting. While Michel Delpech watches the wild geese go by, Rammstein’s angry Germans track down creatures of land and sea on frenzied riffs. to listen to on Spotify and Deezer (s.42l.fr/deezer_lhebdo)!