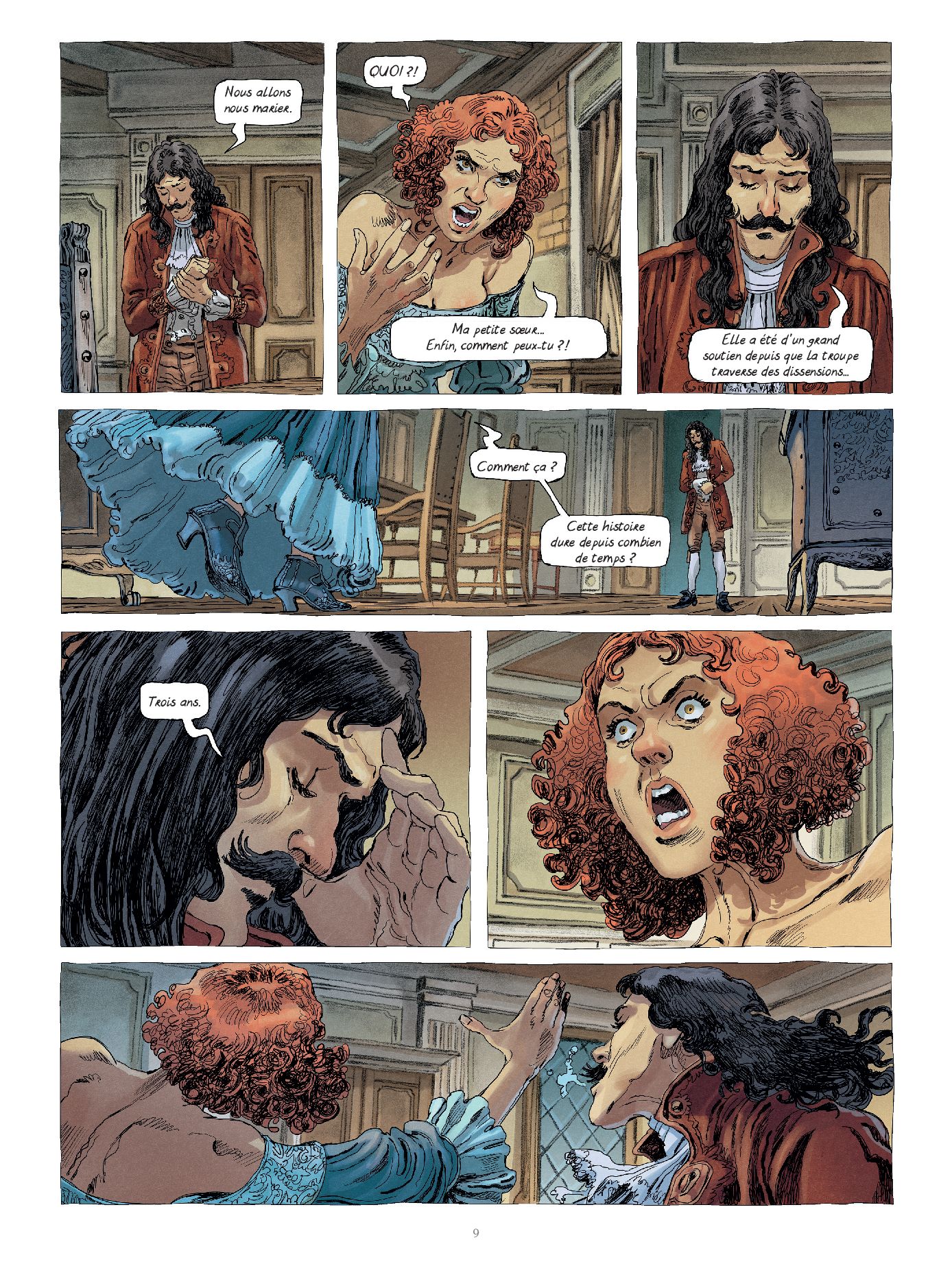 With the celebration of the quadricentenary of his birth, 2022 will undoubtedly be the year of Molière. An anniversary that La Croix will be celebrating on numerous occasions over the coming months and which begins today with the publication, exclusively, of an astonishing new graphic story, mixing history and reverie to tell the life of the most popular French playwright. This new series (planned in three albums) looks back on one of the author’s most famous pieces, L’École des femmes.

Then 40 years old, Molière is preparing to marry Armande, his youngest of twenty years and daughter of Madeleine Béjart, his former mistress. This marriage then arouses scandal and rumors, to the point of accusing the playwright of having seduced his own daughter. It is in this sulphurous context that Molière writes his play, which ferociously ridicules the domination of the so-called strong sex, the institution of marriage and the education of girls. Attacks rained down on all sides, but his keen sense of observation of the human soul as much as his skilful humor appeal to the only character whose adhesion is necessary: ​​Louis XIV.

Let’s go and explore this amazing journey, in the footsteps of a theatrical genius, on and off the stage.