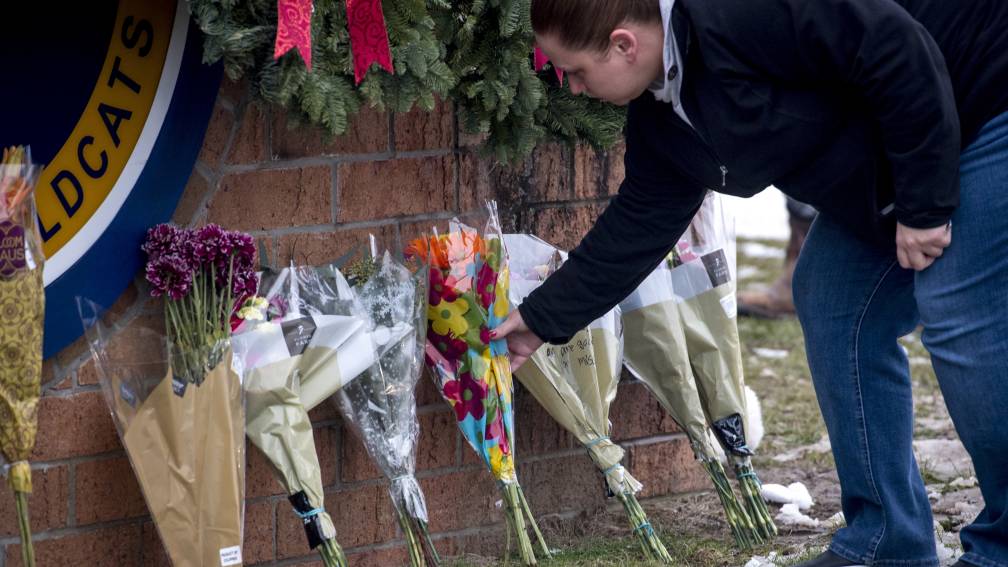 The parents of the 15-year-old boy who this week shot and killed four schoolmates at his Michigan school are facing charges. The Public Prosecution Service in the American state suspects them of culpable homicide, partly because the father bought the firearm together with the boy.

The suspected perpetrator, Ethan Crumbley, went to his school in Oxford on Tuesday armed and opened fire. Four students, aged between 14 and 17, were killed. Seven others were injured.

According to the Public Prosecution Service, the killing could have been prevented. A few hours before the incident, the parents were still at school with their son for a conversation. They came by because a teacher had found a drawing made by the boy of a bleeding person and a firearm. Despite the disturbing message, the parents did not act after the conversation, according to the judiciary.

In addition, the father had bought the semi-automatic firearm four days earlier in the company of his son and did not keep the weapon away from him. In fact, the boy’s mother talked about a Christmas present for her son on social media and posted videos of them testing the weapon together at a shooting range, the OM said.

School shootings are a regular occurrence in the United States, but parents are rarely charged with wrongful death. The law in Michigan makes that possible and the prosecutor now wants to use it.

“I believe they bought him that weapon,” the prosecutor said at a news conference. “I think they are responsible, that there is criminal culpability. These charges should hold accountable the people who contributed to this tragedy and further send the message that gun owners have a responsibility.”

COVID in Jalisco: Increase in cases in state public schools ruled out