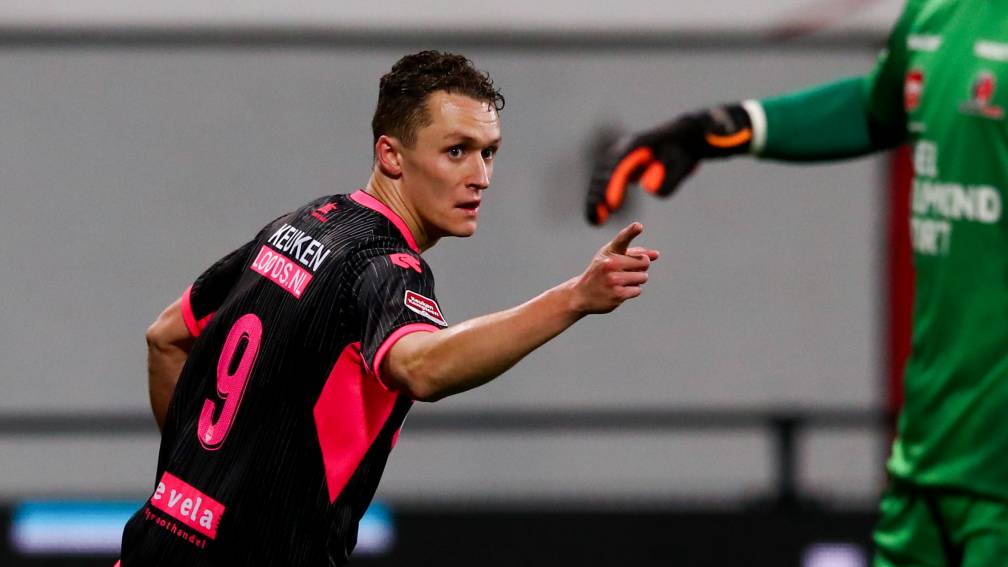 FC Volendam has lost important points in the Kitchen Champion Division in the battle for the second period title. On a visit to Helmond Sport, the leader got stuck at 1-1.

Arno Van Keilegom gave the team from Helmond the lead just before half-time. A few minutes later, Martijn Kaars made sure that Volendam was able to head into the dressing room with a 1-1 score.

In the second half, Volendam diligently looked for the winning goal, but despite a number of good opportunities, it did not come. Thanks to the draw, Volendam maintained the long series of unbeaten competition matches, the counter now stands at sixteen.

Volendam also leads the regular competition, but with a period title, the team would already be sure of a place in the play-offs. The second period consists of ten games.

FC Eindhoven and FC Den Bosch were also unable to win, which means that both teams can forget about the second period title.

The Brabant duel between Den Bosch and NAC was gloriously won 5-0 by the team from Breda. FC Eindhoven lost 2-0 at Almere City.

Ralf Seuntjens gave NAC the lead in the first half with a shot that changed direction. After the break, the team continued through Kaj de Rooij, Boris van Schuppen, Thom Haye and Pjotr ​​Kestens.

Thanks to the victory, NAC has the play-off places in sight again. The team from Breda is now ninth.