In the Cyprus stadium, Pope Francis met the whole world 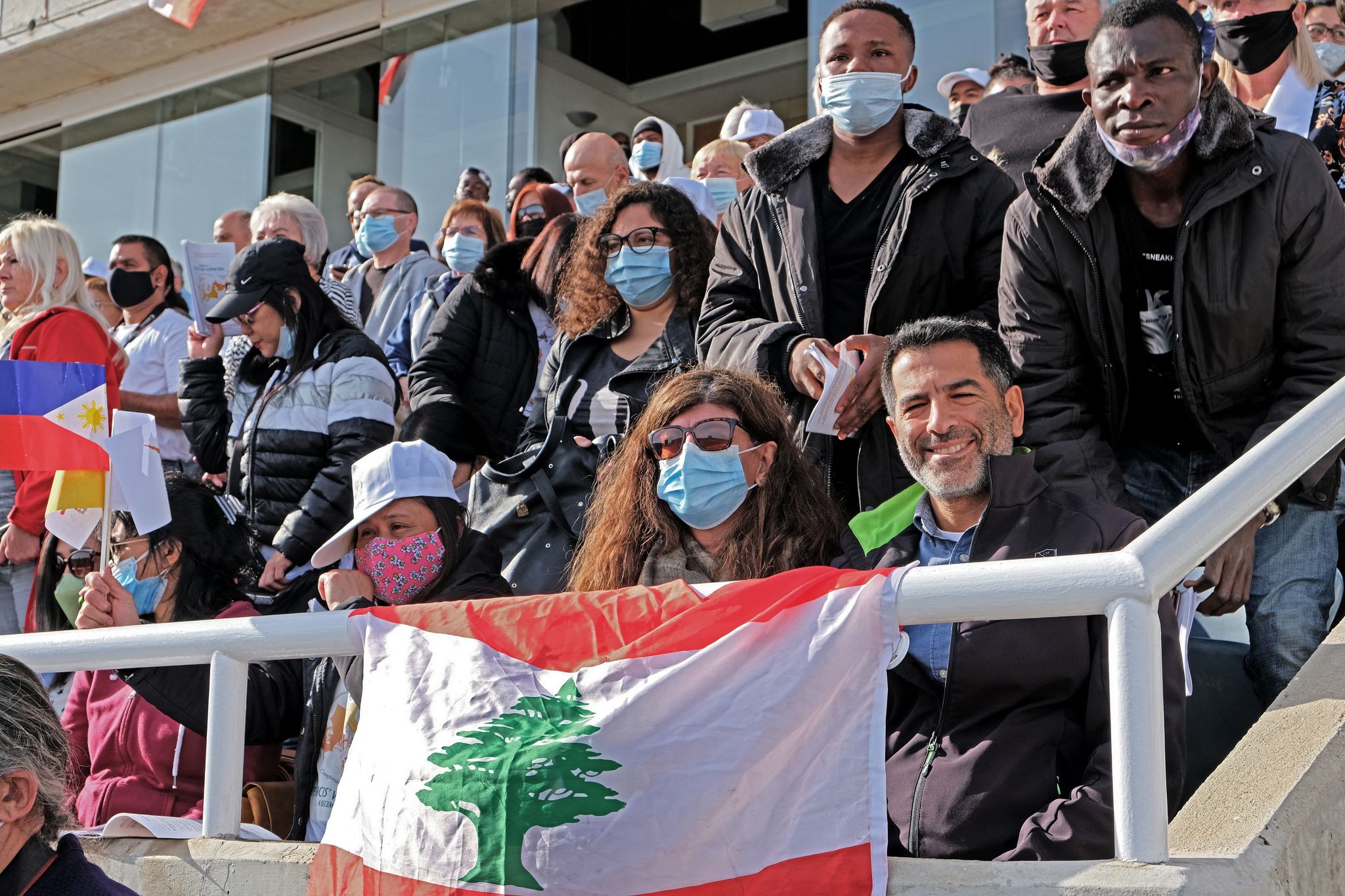 The whole world in a football stadium. Arriving at the Nicosia stadium, on the second day of his trip to Cyprus, Friday, December 3, Pope Francis suddenly found himself in front of a crowd appearing to come from all over the world. Lebanese, Filipino, Polish and Israeli flags floated in the stands, mingling with the colors of the Vatican, not far from the UN blue berets and Congolese and Cameroonian migrants who came to see the Pope. A multicolored face like the small Catholic community of Cyprus, marked by the strong presence of foreigners.

Pope Francis insisted, during the mass he presided over among the 7,000 faithful, to support the necessary fight against divisions. “Faced with our own obscurities and the challenges we face in the Church and in society, we are called to renew fraternity,” he told them during the homily.

Not far from there, just behind the stadium, cars and trucks continued to circulate on the motorway interchange, as if to remind that the presence of the Pope was far from being an event stopping the whole country, but the visit of the bishop of Rome to a minority Catholic community.

While he had called the day before political leaders never to be discouraged on the difficult path of dialogue, which seems blocked in Cyprus, Pope Francis continued his plea in front of the faithful. “If we remain divided among us, if each one thinks only of himself or of his group, if we do not come together, we do not dialogue, we do not walk together, we will not be able to fully heal from our blindnesses “, He insisted.

And like the day before, but this time without directly mentioning the situation on the island, cut in two since 1974, he again mentioned the importance of healing “wounds”.

Faced with the small crowd gathered in front of him, Pope Francis also encouraged Cypriot Catholics to “proclaim the gospel.” “It’s not about proselytizing, it’s about witnessing,” he said. Not of a moralism that judges, but of mercy that embraces. He praised “enlightened but above all bright Christians,” and warned of the risk of “intimate, severe, and plaintive faith.”

Throughout this homily, the Pope once again seemed to portray the small Church of Cyprus, a Catholic minority made up of the faithful from several rites, Latin and Eastern, as an example to follow for other Catholics, far beyond the small island located on the borders of the Mediterranean.

So many words that the crowd undoubtedly had a hard time understanding, because the organizers had very strangely neglected to provide a translation system, or an interpreter, to allow the faithful to understand the homily spoken in Italian.

‘Bad English’ is the world language

Two young people, suspected of having raped and burned a woman, indicted

Two young people, suspected of having raped and burned a woman, indicted