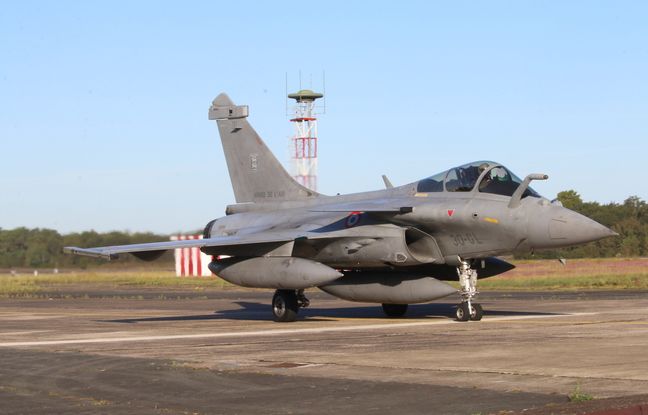 On the occasion of French President Emmanuel Macron’s visit to Dubai this Friday, France signed an agreement for the sale of 80 Rafale fighter jets, built by the French group Dassault Aviation, with the United Arab Emirates, said the Elysee.

In addition to the Rafale, the Emirates have also signed an agreement for the purchase of 12 Caracal helicopters. “This is a major achievement of the strategic partnership between the two countries”, welcomed the French presidency in a press release.

A “technological, industrial and strategic leap”

This order is the largest obtained internationally for the fighter aircraft since it entered service in 2004. The agreement was signed by the CEO of Dassault Aviation, Eric Trapier, while Emmanuel Macron was spoke with the crown prince of Abu Dhabi Mohammed bin Zayed Al-Nahyane, known as MBZ, on the site of the World Expo.

The planes will be delivered from 2027 to the F4 standard, a program under development of nearly two billion euros to be delivered in 2024 and presented as a “technological, industrial and strategic leap”. This order aims to replace the 60 Mirage 2000-9 acquired in 1998 by the Emirates. It comes ten years after fruitless negotiations supported by former French President Nicolas Sarkozy.

Since then, the Rafale has made an international breakthrough despite competition from American and European aircraft. It now has six foreign customers: Qatar (36 planes), India (36), Egypt (30 new in addition to 24), Greece and Croatia. The Emirates are currently the fifth most important customer of the French defense industry over the decade 2011-2020, with 4.7 billion euros in orders, according to the report to Parliament on arms exports from the France.

In recent years, Paris has been criticized because some of these weapons had been used in the conflict in Yemen, where Saudi Arabia and its allies are suspected of war crimes by NGOs like Amnesty International.

“Identities”: the fascinating debate between Olivier Abel and Michel Wieviorka