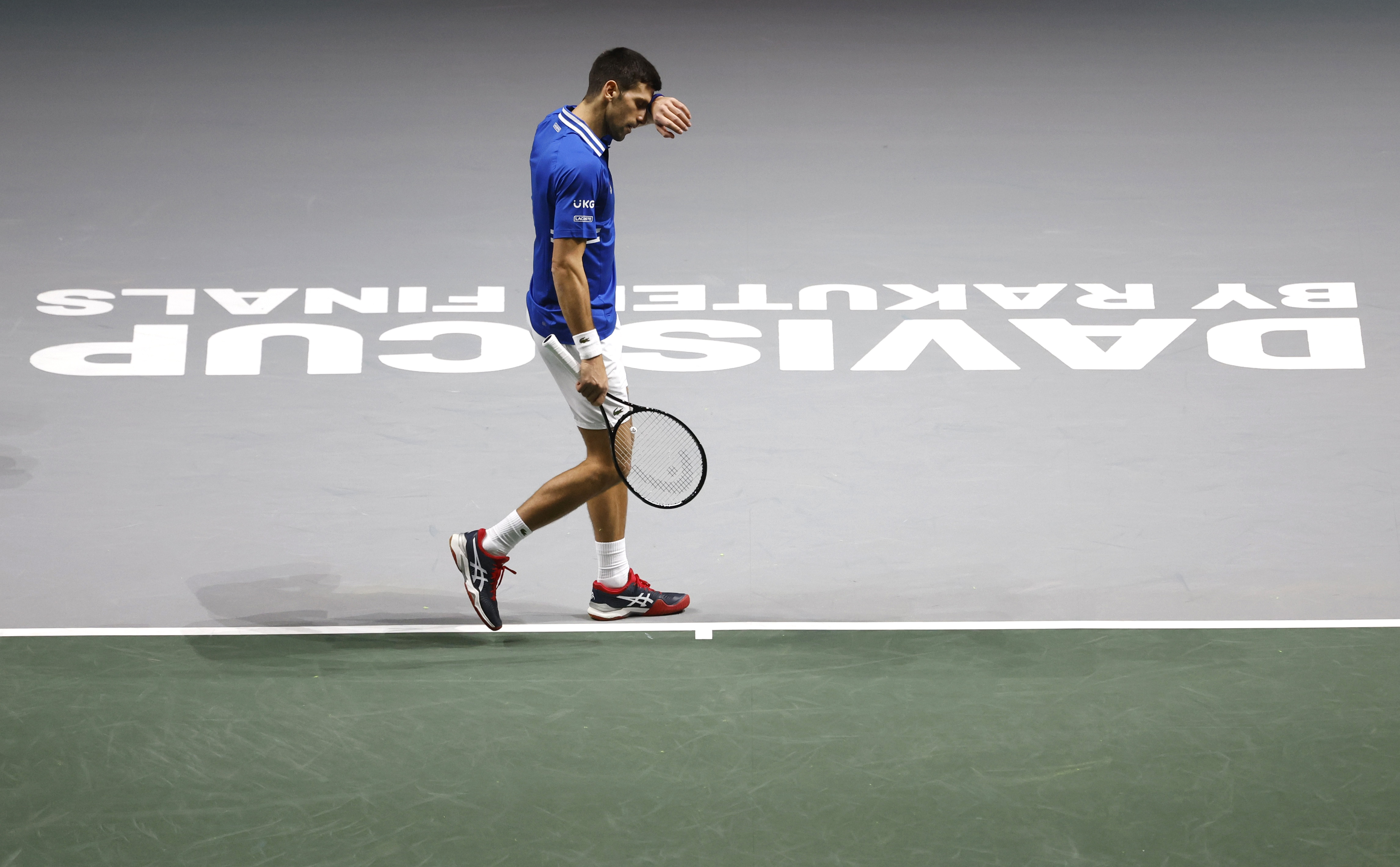 Croatia achieved this Friday the pass to the Davis Cup final by beating Serbia 2-1 and will face the winner of the cross that will star (13.00, #Come on) Russia and Germany at the Madrid Arena. The defeat of the Serbs is, therefore, the goodbye of Novak Djokovic to the competition. The 34-year-old number one complied on the individual turn and beat Marin Cilic 6-4 and 6-2, but in the final duels duel he fell along with Filip Krajinovic against the best couple in the world, the one formed by Mate Pavic and Nikola Mektic (7-5 ​​and 6-1).

However, the tie was marked by the initial slip of the experienced Dusan Lajovic against the 279th in the world, Borna Gojo (4-6, 6-3 and 6-2). The Serbian’s stumble had a high cost for his team, forced once again, as happened in the previous stop against Kazakhstan, to sail with a headwind. From urgency to urgency, Djokovic broke in again as a savior and fire extinguisher, but this time the terrain to be recovered was too extensive. With nine awards in the bag this season and recording one victory after another over the course of two weeks, Pavic and Mektic ended their track record in the tournament. This time, Nole was not enough.

Djokovic already had to start the afternoon on the razor’s edge, jumping onto the track without a net and with the red light activated. Another afternoon more. Gojo’s victory over Lajovic in the opening of the series forced the number one to row against the current and exposed his team to a limit situation, under and knowing that if he resolved in the second individual, then he would have to overcome with Krajinovic to the Croatian golden couple. That is, demanded the feat to gain access to the final and continue targeting the Salad Bowl, which would have been the second in the Balkan country. Just fantasy now.

Pavic and Mektic come to be something like the Globetrotters of the doubles, the one and the two of the ladder respectively, and knowing it, Nole warred muttering all the time, knowing the one that was coming over him and regretting the initial stumble. The crux of the matter. A skid with a maximum toll. The number one ended the meritorious resistance of Cilic and managed to keep Serbia alive, but in the final episode he succumbed to the office of the best couple in the world. He and his partner managed to tense the first set until the resolution, and there the Croats spread their wings.

The rest, sew and sing for them, rallying on the red carpet towards the final on Sunday (4:00 pm, Movistar Deportes). Thus the journey of the king of the circuit was closed in this Davis, to which he arrived with appetite and the logical wear of the entire course. However, Djokovic leaves another demonstration of class in Madrid, staying one step away from the fight for the title and showing his commitment to his country. Unassisted, he climbed as far as he could: four singles, four wins. But the Davis does not reward the soloist but the collective, and his team limped from the start of the competition.

In this way, Djokovic closes the year with a grimace of disgust. Unstoppable until August, the double blow in the Tokyo Games – fall in the semifinals, against Alexander Zverev, and defeat in the bronze fight against Pablo Carreño – made a dent in the final in New York – “from the point from an emotional point of view, all this has been very difficult to handle ”-, and although he was emotionally straightened with the victory in Paris-Bercy and the record achieved there, the goodbye at Davis hurts a man who insists, exposes himself and goes to for all. Nole wants it all, without concession, and ambition multiplies the risks and, therefore, the possibility of going off a curve.

Meanwhile, Croatia, champion of the 2005 and 2018 editions, and finalist in 2016, cling to their powerful duo and wait in the final with an ace up their sleeve. Gojo, 23, who had just knocked down Australian Alexei Popyrin (61st) and Italian Lorenzo Sonego (27th) in previous performances, confirms the saying that in the Davis Cup, the ranking it is little more than a number.