Disappearance of Peng Shuai: Can the sports world stand up against China? 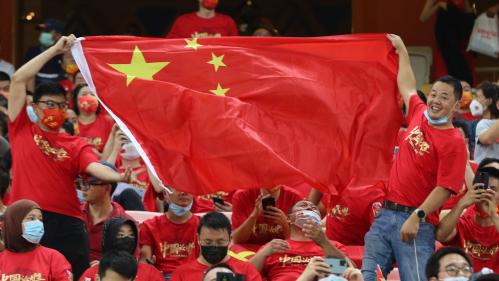 He is a leading player in the world of sport who stands up against a superpower. On Wednesday, December 1, the WTA, the body that oversees the women’s tennis circuit, announced the suspension of all its tournaments in China, after the case of the disappearance of Peng Shuai, which shook the tennis world in November.

While in 2019, the last normal year before the pandemic, the women’s circuit had visited China 10 times, in particular for the end-of-year Masters, it left not to stop there in 2022. A prospect that could making waves in other disciplines and within other federations.

After the WTA’s shattering announcement, all eyes turned to ATP, its counterpart on the men’s circuit. Several players, such as Novak Djokovic or Andy Roddick, have spoken about the fate of the player and praised the taking of the WTA position. But the body remains little talkative about the Peng Shuai affair and its latest developments, and was satisfied with a timid statement Thursday evening, demanding lip service “a direct line of communication between the player and the WTA”, while rejecting the idea of ​​boycotting China.

“With the full support of the WTA Board of Directors, I am announcing the immediate suspension of all WTA tournaments in China, including Hong Kong.”

China is not, however, such a strategic territory in the men’s circuit. Out of 75 tournaments organized in 2020, only 5 visited the Middle Kingdom. In 2019, there were 4. The spinoffs could therefore be less significant, contractually and organizationally.

The question of sponsors and television rights is undoubtedly the most sensitive, as explained by the professor in sports management at the University of Aix-Marseille and tennis specialist, Lionel Maltese at franceinfo: sports on November 19: ” The sore point for me is the Chinese channels. If they start to cut women’s tennis, there is a shortfall. I can tell you that in Grand Slam tournaments, agreements with Chinese TVs constitute a significant part of their turnover. “

But a position taken by the ATP could have a strong impact, and encourage other bodies or federation to follow suit. “If the ATP decides to move, there will also be a symbolic look, because it’s ATP, it’s very famous,” notes Carole Gomez, sports geopolitician and research director at IRIS. A reaction from the ATP would pave the way for a joint response from the entire tennis world, and the body would become the second player in the world of sport to react in this way to the case. A movement that could appeal to others.

“There, what will be essential is to know if it will be followed by others”, continues the researcher. “The position taken is very strong, very surprising, especially in view of the past and the fact that international sports bodies tended to add water to their wine rather than to clash so head-on.”

IOC Statement on the situation of Peng Shuaihttps://t.co/7wDhc0w33f

Put water in its wine, like the IOC, which announced on Thursday November 2 that it had again exchanged by video with Peng Shuai, defending a “discreet diplomacy” and a “human approach” to manage the affair . “This raises more criticism than it answers, since the IOC is content to assure that she is well. not asked, or at least that is what is reflected in their press releases, ”explains Carole Gomez.

Two months before the start of the Olympic Winter Games in Beijing, it is undoubtedly not from the IOC that the strongest actions will come. But other bodies could take a stand.

In the past, some of them have already moved away, more or less temporarily, from China. Since the start of the pandemic, the country, the epicenter of the virus, has seen many sporting events in its territory be canceled or postponed (tennis tournaments, therefore, but also Formula 1 Grand Prix …).

But the reasons are also sometimes geopolitical. After taking positions by players or coaches on the question of Hong Kong or human rights violations, the sports platform of the technological giant Tencent has several times suspended the broadcasts of certain NBA matches, since the fall 2019. Precedents that will perhaps be followed by a global movement this winter.

Germany: Berlin airport in the middle of a storm