Compulsory vaccination against Covid-19: how the idea is gaining ground in Europe and around the world 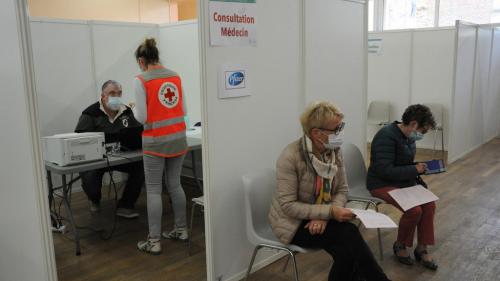 Will vaccination against Covid-19 become compulsory for everyone? The question is seriously posed in several countries of the European Union, the epicenter of the fifth wave of the pandemic. In France, Emmanuel Macron said he did not believe in this option in an interview with Brut in December 2020. But a year later, 22.4% of the population has not received any dose, according to the Covidtracker platform, and the arrival of the Omicron variant raises fears of greater contagiousness and resistance to vaccines.

>> Covid-19: follow the latest information on the pandemic in our direct

In this context, the European Union questions the need for compulsory vaccination, even if it is considered excessive and impractical. “A discussion (…) must take place,” said Ursula von der Leyen, President of the European Commission, on Wednesday 1 December. Franceinfo is touring the countries which are considering it or which have already implemented it.

Germany and Austria have already planned it

This is a great first. In Austria, the government has decided to make vaccination compulsory from next February. On this date, Austrians who refuse to be vaccinated will be liable to a fine of up to 7,200 euros, reveals the daily Die Presse (in German). The bill is currently under discussion to decide how this vaccine obligation can be implemented under constitutional law. Only people who benefit from a contraindication will be exempt from it.

In Germany, the future coalition government is also considering including this measure in its program. “Too many people have not been vaccinated,” said Social Democrat Olaf Scholz, who will succeed Angela Merkel next week. The future German Chancellor, who opposed compulsory vaccination during the electoral campaign, would like this obligation to be adopted by Parliament before the end of the year, for implementation on February 1 or March 1 at the most late.

Several countries have already imposed it

Outside European borders, a few countries have taken the plunge since the arrival on the market of vaccines against Covid-19. In Indonesia, since January, vaccination is therefore compulsory. But due to a lack of available doses, barely 35% of the population had received a complete vaccination schedule as of November 21, according to the platform. OurWorldinData.org. Presidential regulations stipulate that sanctions imposed on unvaccinated people may take the form of delays or termination of government administrative services, at the sole discretion of officials in those services, reports International mail (paid item).

In the Vatican, a note, dated February 8, makes the vaccine imperative for the inhabitants of the smallest state in the world and the employees who work there. Impossible to escape it under penalty of sanction which can go up to the dismissal, unless to have a “proven health reason”, reports The cross (paid item). So far, the Vatican has not communicated the number of people who have been vaccinated.

In France, the question is debated

In France, the vaccination obligation only applies for the moment to the staff of hospitals, retirement homes as well as firefighters, ambulance attendants and home helpers, and this since September 15. But it will soon concern everyone in New Caledonia. This French territory in the South Pacific, which has a large autonomy, will impose it on its population as well as on travelers from December 31.

Can this example stain oil? For the moment, the need for an obligatory vaccination is not unanimous. Olivier Véran again assured Wednesday that it was “not the choice of France” and that the executive favored a strategy “without obligation if possible”, reports LCI. The Minister of Health stressed that such a measure would require “control” and “sanctions” which would not make its feasibility “obvious”. But he added that if this vaccination obligation is complicated to put in place, it was however not “impossible”.

As for Professor Jean-François Delfraissy, President of the Scientific Council on Covid-19, he displayed his skepticism for reasons of principle as well as of practical application. “Of course health (…) is an essential element, but should we still be deprived of a certain form of freedom?”, He asked in front of deputies. And to add: “How do we control it?”

“When you have a little grandma who tells you that she does not want to be vaccinated (…), do you think that we will send the gendarmes?”

Jean-François Delfraissy, President of the Scientific Council on Covid-19

in front of the deputies

Mandatory vaccination has, however, long-standing defenders in the French political and medical landscape. This summer, the president of the Hospital Federation of France (FHF), Frédéric Valletoux, already called in Sunday Newspaper (paid item) to take this action. Socialist senators had also tabled a bill to complete the list of eleven compulsory vaccinations with that against Covid-19 in the Public Health Code, reminds Public Senate.

François Bayrou, the president of the MoDem, also estimated on BMFTV that “the debate must be open”. For her part, Anne Hidalgo, mayor of Paris and candidate for the presidential election, answered “why not” to the question of an implementation of compulsory vaccination on France Inter. Finally, in Release, François Bourdillon, former director of Public Health France, thinks that “we will go slowly” towards this obligation. Because it is “the role of the State to protect” the people who are still not vaccinated, according to the doctor.