Vaccine against Covid-19: faced with the influx of requests, the time slots for the booster dose have not yet been met 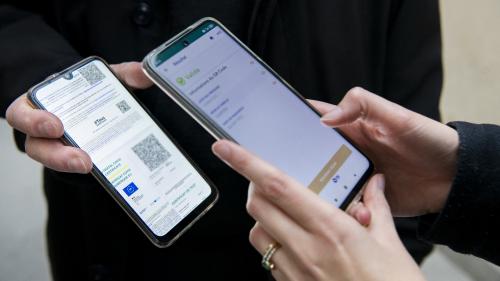 The French are flocking again to booking platforms. Two days after announcing the opening of the booster dose to all adults, on November 25, the Minister of Health, Olivier Véran, welcomed the start with fanfare of this new campaign: “Three million meetings have been caught since Thursday. Let’s not let our guard down! ” Appointments have peaked at more than one million per day, bringing the total to 4.5 million since the minister’s intervention. At the peak of reservations, some 250 slots were set every second on Maiia, the medical reservation platform.

A total of 19 million people are now eligible for this booster dose. In these conditions, it is sometimes difficult to obtain a niche. Tuesday 1 December, the Doctolib site recorded 290,000 appointments available within two weeks, which is nowhere near enough to absorb this sudden influx. Logically, the deadlines are getting longer. A situation that is all the more complicated as a race against time is underway. From January 15, adults will lose the validity of their health pass if they have not taken this famous dose, which should be administered five months after the complete vaccination schedule. The offer will have to be quickly adjusted.

“Slots will be put back on the platforms to allow the French to make their callbacks and about fifty centers were able to reopen yesterday [mardi]”, promised Gabriel Attal, spokesperson for the government. Last weekend, on TF1, Olivier Véran had already announced the reopening of 300 centers to reinforce the 1,100 sites still in operation, and promised that “hundreds of thousands of short-term slots” will be open every day. With 25 million doses, France has “more than enough vaccines in stock to be able to vaccinate all those who need to be vaccinated”. He added.

All the prefectures are in order of battle. In Indre-et-Loire, for example, 56,000 additional slots will be unlocked in December. The regional health agencies (ARS), for their part, announce an increase capacities “gradually” by expanding “the vaccine lines”, the number of opening days and the hourly amplitudes. In Marseille (Bouches-du-Rhône), on Wednesday, a fourth vaccinodrome opened at Chanot Park. “There has been an outbreak of new appointments, we have gone from 600 to 2,500 daily injections”, underlines Thierry Zaveroni, the person in charge of the coordination of the vaccination centers of the city, questioned by France 3 in another center .

Doctors and pharmacists, who perform about half of the injections, are also increasing their orders. “The appointment book is full and we add people to the extent of our possibilities”, explains Hervé Armant, pharmacist in the Paris region. Beyond the health pass, the prospect of the end of year family holidays also explains this influx in pharmacies. “There will be an increase [financière] vaccinations for pharmacists who vaccinate on weekends, “Olivier Véran said on Wednesday. The minister invited the” 15,000 pharmacies “with doses to be more open at the end of the week, to speed up the vaccination campaign.

“[Lundi et mardi], we had a record of vaccine orders by liberal health professionals, which shows that there is going to be an increase in injections in the coming weeks. “

during a press conference Wednesday December 1

After a long period of vaccine decline, this sluggish start to booster doses was denounced by the right-wing opposition. “The logistics are not there in this crisis”, accused Philippe Juvin on France 2, during the debate of the candidates for the LR nomination for the presidential election. “We must accelerate the reopening of centers, continued Xavier Bertrand. The deadlines are starting to be very long and we must open [les centres] massively. “While it is sometimes difficult to find a place before January, or even February, certain devices are back in favor, such as Covidliste. The Vite Ma Dose platform has also announced on Wednesday a simplification of its interface by offering the possibility of view differentiated time slots for the first dose or the booster dose.

This rush, once again, seems to favor the audiences most comfortable with digital tools. On Doctolib, during the weekend, some 64% of appointments were made by users under the age of 50, calculated Le Parisien. “A little patience. We must also preserve the vaccination of people over 50,” said on France Bleu Alsace Laure Pain, head of the Bas-Rhin Covid-19 cell at the ARS: “We have already experienced that. Everyone will get upset and, ultimately, everyone will be vaccinated.”