Track sprinter Büchli will do something different: ‘Ultimate dream is to win the Tour stage’ 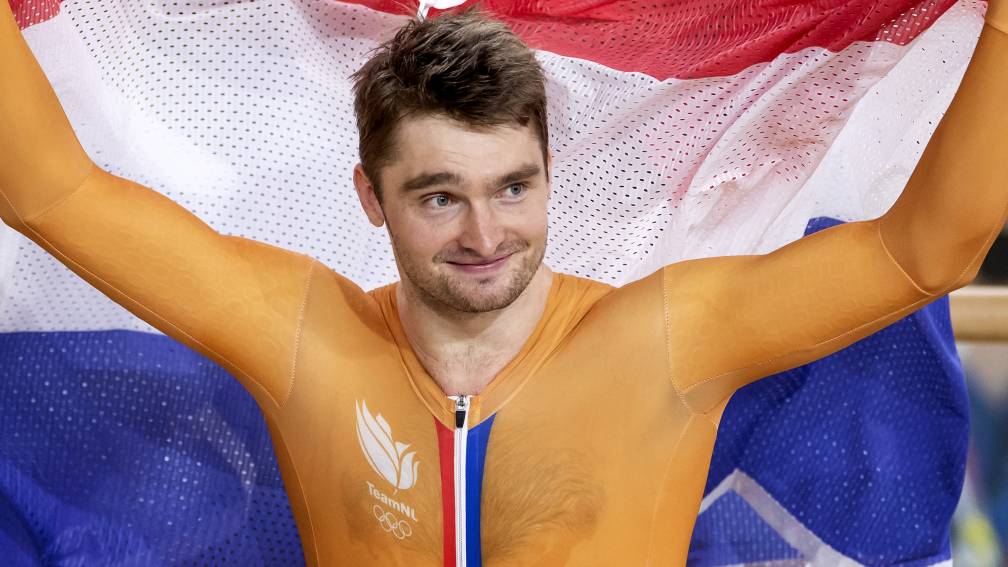 After national coach Hugo Haak, the team sprinters also have to continue without Matthijs Büchli in 2022. The 28-year-old track cyclist will switch to the road from 1 January.

Büchli will compete for Beat’s team, for which he already raced two races on the road in October.

It’s a remarkable step. Büchli spent his entire career as a sprinter on the track. At the age of fourteen, he already became Dutch junior champion in the omnium section and that proved to be the beginning of a long series of successes, with 14 national titles in the seniors, both individually and with the team sprinters.

He experienced his highlights at the Rio Games (silver on keirin) and Tokyo (gold with the team sprinters) and in 2019 at the World Cup in Poland.

That last title turned out to be a tipping point. “I thought of this quite a long time ago, actually in April 2019. That year I became world champion on the keirin and with the Olympic medal in Rio, the circle was complete then.”

Büchli had to postpone the switch for another year to participate as a sprinter in the Tokyo Games. He took gold there in the team sprint and disappointed on the keirin.

Now he is looking forward to his new challenge, where he will be supported by the experienced cycling and triathlon coach Louis Delahaije. “It is of course completely different. Normally my races on the track are one kilometer long. But on the road it only starts after 180 kilometers. I have to put in a lot of hours just cycling slowly.”

Trianing rides of 27 kilometers per hour are no exception in the beginning. He will have to use other muscles and also lose the necessary weight. “That is not necessarily a goal, losing weight. Although that will be a natural consequence, the less I train in the weight room.”

“Whether it’s all realistic? I don’t know, that’s why I like it so much. No idea. I’m going for the highest attainable. I hope to be able to participate in a year for a victory. Maybe already next year. The first goal is Olympia’s Tour in March. Maybe I can already participate there, maybe I won’t even make it to the finish. No idea.”

Büchli also puts a dot on the horizon. “My ultimate dream? Maybe win a Tour stage one day, but I want to look at it step by step.”

“I have already trained with the endurance coach once. I am looking closely at the World Cup next year. Who knows, maybe I can win a scratch or a elimination race there. It would be cool to have a world title in a sprint part and on an expensive part.”

Watch here how Büchli won gold at the keirin in 2019:

CDMX: what are the days and times to enter public transport by bicycle