The UN in New York cordoned off, an armed man arrested in front of the building 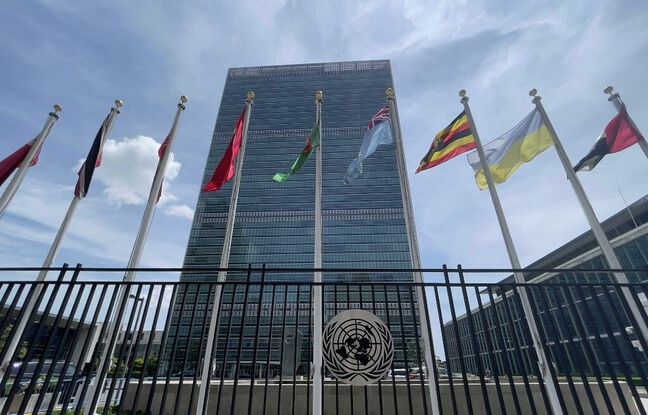 The United Nations headquarters in New York was sealed off late Thursday morning due to the presence of an armed man in front of its gates, who threatened to kill himself but was eventually arrested, according to police and sources within the UN.

Images circulating on social media showed a man, dressed in red, holding what looks like a large caliber weapon under his chin, on a sidewalk surrounding the United Nations headquarters compound, surrounded by police, at the level from 42nd Street and 1st Avenue in Manhattan.

No details on his motivations

“We have a man under arrest,” a spokesperson for the NYPD, New York police, told AFP at around 2 p.m. (7 p.m. GMT) after the incident began in the middle of the morning. The man “threatens to kill himself”, had indicated a little earlier a UN official speaking anonymously, while the police explained to be “in the process of establishing a dialogue” with the individual, described as ” a white man in his sixties ”. The police did not immediately give details of the man’s motives.

The closure of the headquarters did not cause any disruption in the buildings where the Security Council was continuing a meeting devoted to Iraq. One of the entrances to the UN, at 46th Street in Manhattan, had been reopened at noon (5 p.m. GMT), according to UN spokesperson Stéphane Dujarric. The enclosure, known for its large glass building, borders New York’s East River on Manhattan Island.