The Pope in Cyprus and Greece: the challenges of a trip to the borders of Europe 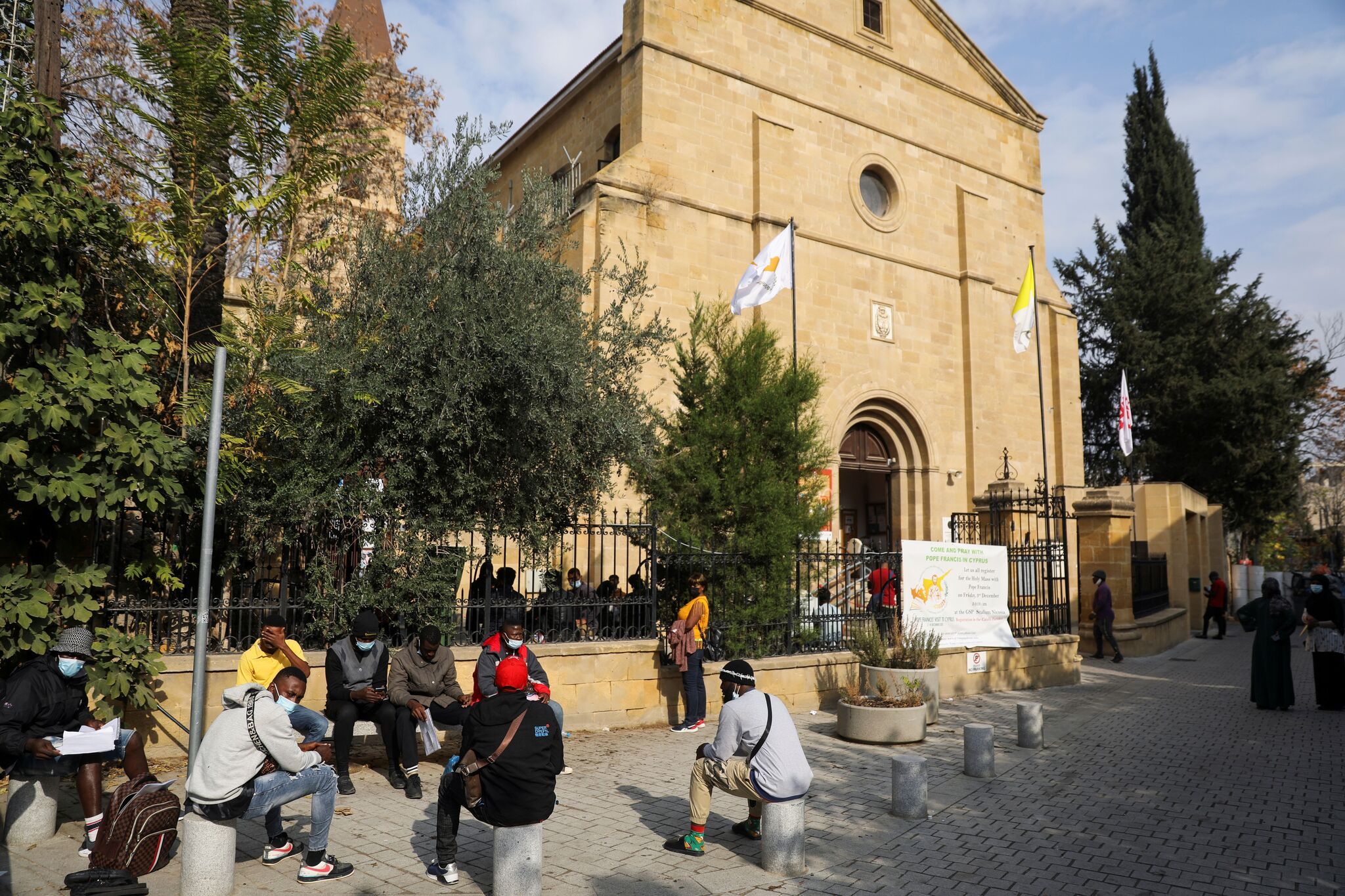 In the Cypriot capital, John Paul II’s words calling for “building bridges, not walls” have lost none of their force. And for good reason: the house which houses the representative of the Holy See is located near the “green line”, this border of barbed wire and walls which cuts Cyprus in two. More precisely in the “buffer zone”, which extends all along the double border, Turkish and Greek. It is here, in Nicosia, that Pope Francis will land on Thursday, December 2 to inaugurate a four-day trip, during which he will also visit Greece.

→ THE FACTS. The Pope’s program in Cyprus and Greece

In Cyprus, where Benedict XVI visited in 2010, François knows that he will engage in extremely sensitive diplomatic and political terrain. “We all have the hope that reunification can advance, but it seems that the Pope will not venture there”, notes a diplomatic source. “We support the reunification of the island, but it seems further than ever,” adds, lucid, a Vatican source. In question: the hardening of relations between the two parties, further strengthened by the pandemic, explain several local observers.

Will the Pope challenge Turkey directly? In Greece as in Cyprus, those whom the local authorities sometimes refer to as “the eastern neighbor” – without even pronouncing his name – are seen as adversaries. If the Holy See maintains delicate relations with Ankara, they are real and Rome does not intend to undermine them. The issue of reconciliation was barely addressed during the presentation of the trip on Tuesday, November 30. Barring an unexpected coup, the Pope will therefore probably not go to the north, in the Turkish zone.

Report, analysis … The journey of @Pontifex_fr in Greece and Cyprus can be followed on @LaCroix and with our correspondent in the Vatican, @LB2S.

Even if it is not excluded that François encourages the leaders of the island to build bridges rather than walls, it is the migrant crisis that will be at the center of this displacement. Admittedly, the Cypriot government has done everything to stay out of the map of the migration crisis. “Cyprus has been completely forgotten by the smugglers throughout the hot phase of the Syrian conflict”, confirms a source on the spot. But the flow of refugees has grown since 2019. Migrants now constitute 4% of the Cypriot population.

As part of an agreement negotiated between the Vatican, Cyprus and Italy, around fifty of them should reach Rome from mid-December, via the Sant’Egidio movement. The Pope’s proposal is viewed favorably by the Cypriot authorities, who see it as a way of showing solidarity with the countries on the front line in the migration crisis. “It is a way of telling all of Europe that it must stand together, and not to let the small countries do all the work”, sums up a diplomat. A gesture reminiscent of that of the Pope who decided in 2016, to everyone’s surprise, to bring three families of Muslim Syrian refugees back to Italy in his plane, just after his visit to Lesbos.

“I promised the refugees to return to Lesbos”

Sunday December 5, on the Greek island, the Pope will find encampments which no longer have anything to do with those he knew. In September 2020, the one that housed nearly 12,000 people was set on fire. Now, 4,000 asylum seekers live in the new Mavrovouni camp. Why is François going back there? “I promised the refugees to return to Lesbos,” he has said privately on several occasions.

The Greek authorities fear that the trip will be reduced to this single theme. They had proposed to organize the Pope’s visit to the Parthenon, symbol of the Greek culture on which Europe was built. But the Pope preferred to focus on meeting a Catholic Church which is seen as a negligible quantity compared to the hegemonic Orthodox Church (1).

Within it, it is the Greek Catholics (6,000 faithful) who cause the greatest tensions with the Orthodox. This branch of Catholicism, seen as “a Trojan horse of Rome”, does not have the right to practice proselytism. In this context, ecumenism will be one of the focal points of the trip: several meetings are planned with the highest Orthodox officials.

Thursday, December 2, in Cyprus, Pope Francis will notably meet the President of the Republic, Níkos Anastasiádis. The next day, he will meet in private with Chrysostom II, the primate of the Orthodox Church of Cyprus. On Saturday December 4, François will fly to Athens, where he will be received by President Ekateríni Sakellaropoúlou and Prime Minister Kyriákos Mitsotákis. In the afternoon, he will meet in particular Hieronym II of Athens, the Orthodox Archbishop of Athens and all of Greece. Sunday December 5, François will go to the island of Lesbos to meet refugees and will deliver the Sunday Angelus in the camp. He will return to Rome on Monday 6 December.