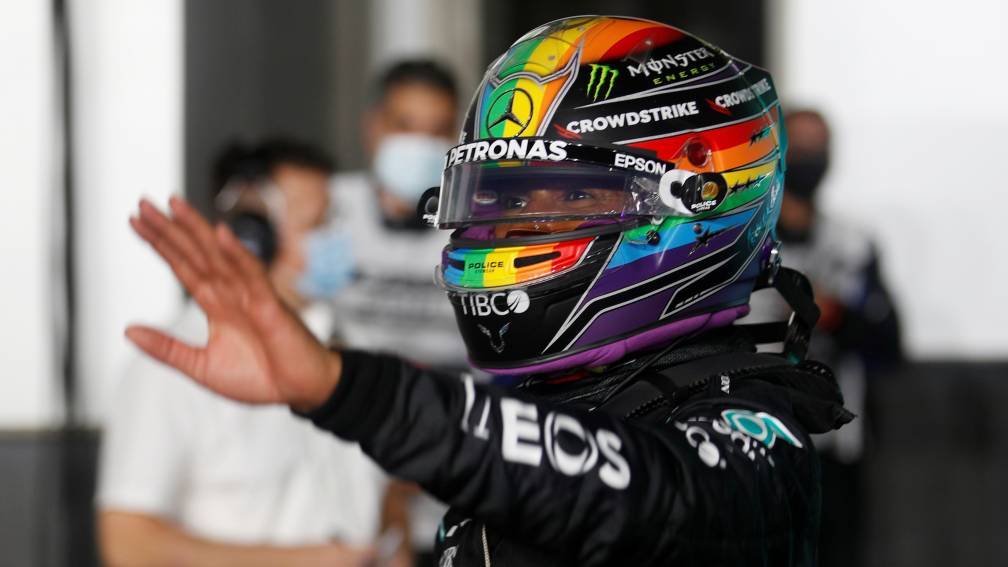 In addition to the titanic battle between Max Verstappen and Lewis Hamilton at the grand prix in Saudi Arabia, the theme of human rights in the run-up to the first Formula 1 race in Jeddah is also high on the agenda.

Hamilton spoke out about the human rights situation in the country at the pre-race press conference, as he did in Qatar two weeks ago.

Verstappen did not, despite an invitation from Amnesty International.

The British seven-time world champion will wear the same rainbow helmet as in Qatar next weekend, with which he wants to underline the equality of all people.

Saudi Arabia’s grand prix is ​​highly controversial because of the human rights situation in the country.

Amnesty International calls the race “another large-scale event the country is organizing to polish its image.”

The human rights organization called on Formula 1 drivers to speak out. In the run-up to the Jeddah grand prix, the Dutch branch of Amnesty sent information about the human rights situation in Saudi Arabia to Max Verstappen.

‘Sports must do more’

Verstappen did not discuss the theme at the press conference. He wasn’t even asked about it. Unlike Hamilton, who previously took a firm stance against racism and for the Black Lives Matter movement.

“As I said before, I think sport should raise awareness in the countries we visit. And that certainly applies to human rights,” said Hamilton at the press talk in Jeddah.

“Changes have to be made, here too. Why are some women still in prison? The sport needs to do more, but I don’t think I should be the one pretending to know everything better. There are other people for that with a lot more expertise in this area,” said the British driver.

“I’ve been given a great welcome here and feel welcomed. It’s not my choice to be here. Am I comfortable? I’m not going to say I am. But I haven’t determined that we race here.”

Four-time world champion Sebastian Vettel is also concerned with the situation in the country. At the press conference, he wore shoes with the rainbow flag.

Vettel is less outspoken than his British colleague, but the German driver also wants to contribute. He organized an event where eight Saudi women were allowed to race on a kart track.

“They have only been allowed to drive here for a few years in a male-dominated country, so it was an exciting day,” said Vettel.

“There has been a lot of talk about this race in Saudi Arabia and a lot of questions have been asked. Also to me. I also ask myself questions, about human rights and the position of women here,” said the Aston Martin driver.

“This event was important to me. It was inspiring to hear the stories and experiences of these women. Also about what is going well here and what needs to be done better or differently. I have tried to give them some confidence. We also have to be careful that we not if outsiders or passers-by start to judge what and how everything should be better here,” said Vettel.

Carlos Slim: what classes did the magnate teach at UNAM before he became a millionaire