Pressure is increasing at Fortuna: ‘I miss the confidence of many boys’ 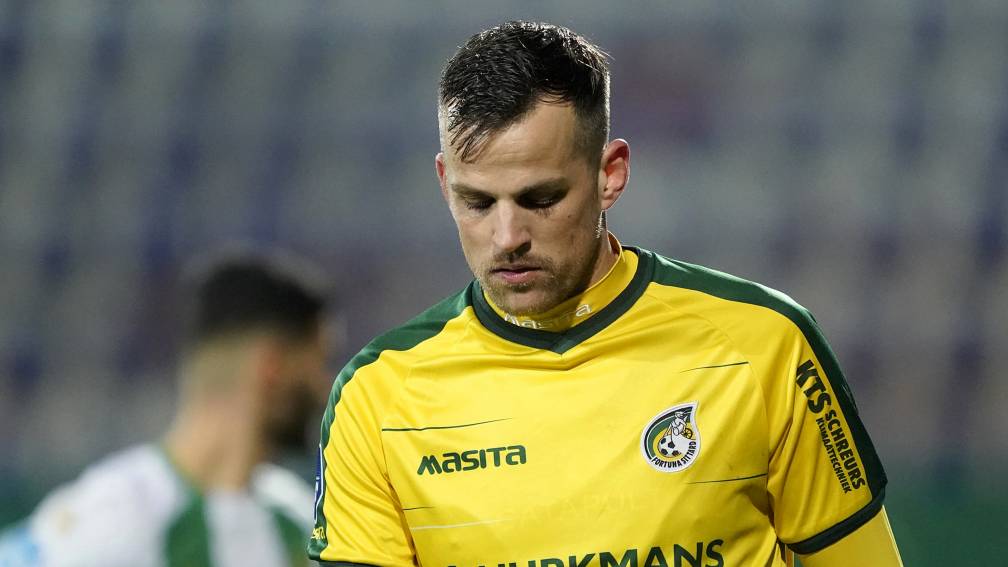 What do you wish a coach who is on a bad streak and has away games against AZ and Feyenoord this week? Good luck? Get well soon? Fortuna Sittard trainer Sjors Ultee does not want to know anything about it. “Have fun!”, he says.

After the 4-1 home defeat against FC Groningen, he was still lost last Saturday. But in the run-up to tonight’s game against AZ, there seems to be no trace of stress or panic in the troubled trainer.

A wink here, a wink there. But he cannot deny that the situation is worrisome.

“I also feel that the pressure is increasing,” Ultee admits. After four defeats in a row, Fortuna is in penultimate place. “But that pressure mainly comes from myself, because the bad results eat the most on myself.”

He says he is not upset that his chair legs are being sawed in newspapers, TV programs and on social media. With a shrug: “If you win, there will be a ‘Sjors Ultee meter’. If you lose, you will be called four times a day whether there have been dismissal conversations. Well…”

Yet the contrast is striking between today’s Fortuna Sittard and the team that apparently easily escaped the relegation worries from Ultee’s appointment, exactly one year ago today.

Only Mats Seuntjens escapes the malaise with seven league goals. The attacker finds that many of his teammates struggle to break the downward line.

“I see a lot of guys crawling into their shells. I miss the confidence in them. Even when we take the lead. Last year we didn’t relinquish that, already three times in the last four games.”

As far as Seuntjens is concerned, Fortuna’s players should address each other a little harder about this. “Maybe the hard approach will come in handy for once. We do tell each other the truth, but I have the feeling that players can still get away with it.”

“Look at our goals against: that involves a lot of individual mistakes. We could be a little harder on each other.”

Ultee mainly points to the personnel problems as an explanation for the poor performance. “If you look at the players who made the difference last year, those are the names who are no longer there or who were injured for a while: Sebastian Polter, Lisandro Semedo, Zian Flemming, Roel Janssen, Ben Rienstra and Mickaël Tirpan.”

“Everyone understands that at a small club with a small budget it is difficult to compensate for the absence of six basic players. So that is the simplest explanation, but also not the only one, for the big difference with last season.”

Now that the infirmary is empty again on Semedo, Ultee sees the game getting better again. The 34-year-old trainer is therefore still confident that he will also succeed this year in piloting Fortuna from seventeenth place into a safe harbor.

“Last year there were people who said I was crazy to take on my first job as head coach at a club that would ‘definitely relegate’. Well, if there’s one thing I enjoy it’s proving others wrong. So now the motivation is only increasing to prove that we are going to get out of this.”

And that grueling program until the winter break (after AZ and Feyenoord, competitor PEC Zwolle and FC Utrecht and Ajax follow)? Well, Ultee sees that differently. “We won’t feel like it has to happen against such opponents. Maybe we can surprise then.”

Health Council: We already advised you to prepare boosters in September

Health Council: We already advised you to prepare boosters in September