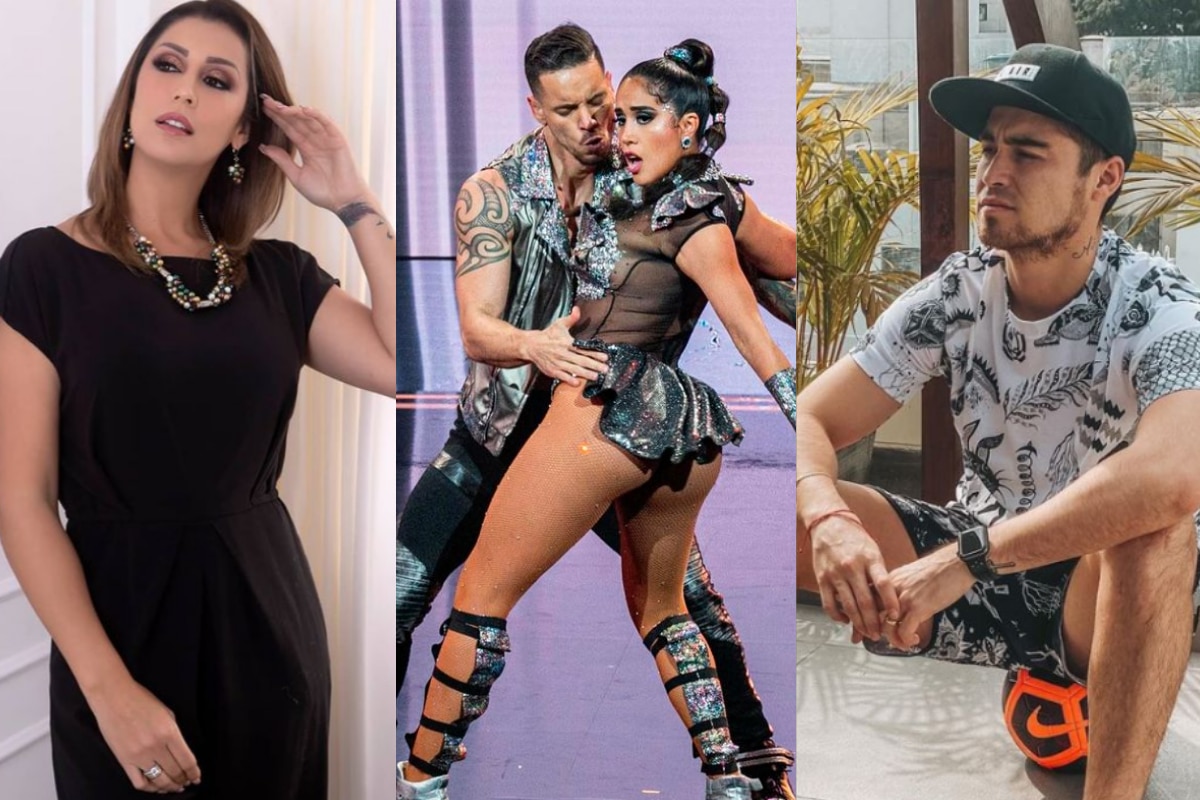 During the broadcast of the Mujeres al Mando program on December 2, the television presenter Karla Tarazona was a guest to host the magazine.

One of the topics that was discussed in the morning program was about the recent signals from Melissa Paredes and Anthony Aranda on social networks that imply that they would be initiating a possible romance.

The radio host began by saying that for her, both could formalize a relationship very soon since their encounters are not by chance.

“What I think they will make official at some point. They send subliminal messages, implying that they are together, who are in the same place, in the gym, in the pool, there is nothing by chance “, he pointed.

Likewise, in conversations with the host Thaís Casalino, the wife of businessman Rafael Fernández compared the dancer with Isabel Acevedo as she would consider him a “Chabelo”, since the dancer fell in love with her ex Christian Domínguez when he had a relationship with her.

“What happens is that at some point, years ago, many said that the verb ‘chabelear’ meant to remove something“Tarazona said with a laugh when he recalled that the popular” Chabelita “” took away “the cumbiambero.

“What you mean is that Anthony ‘chabeleó’ el Gato Cuba”, expressed Thaís Casalino. Quickly, Karla replied: “Of course, but according to the version of ‘Gato’ Cuba, because he said that he only found out on the day of the ampay that they had finished (with Melissa Paredes)”.

Recall that after the ex-beauty queen’s ampay, rumors of infidelity began despite the fact that she clarified that the sentimental relationship she had with her daughter’s father since October had ended.

Everything seems to indicate that Melissa Paredes and dancer Anthony Aranda would have enjoyed a day at the pool together. On November 30, the ex-driver of América Hoy uploaded a curious story on Instagram, where you could see that she was in a pool thanks to the reflection of her sunglasses.

The funny thing is that a few hours before, ‘The activator’ published a snapshot swimming in a pool very similar to Melissa’s. Both posts show a lilac and white piece of furniture, which would show that they were together in the same place and at the same time.

On another occasion, Melissa Paredes’ truck was seen in the same apartment as the dancer, a day before officially divorcing Rodrigo Cuba. According to Magaly Medina, the neighbors of the popular ‘Activador’ warned her that Paredes’ vehicle was parked in the garage of the condominium located in San Miguel, next to his motorcycle.

On November 30, Karla Tarazona was invited to the leadership of Mujeres al Mando and began to talk about the recent divorce of Rodrigo Cuba and Melissa Paredes that took place officially on Monday, November 29.

After the public news of the official separation, the wife of the “King of Eggs” did not hesitate to criticize Rodrigo Cuba for his father’s frequent statements to the press.

“Dad is the spokesperson or what. El Gato is 15 years old? I do not understand. It seems nice to me that the family supports in difficult moments, but he is also very old, he makes his own decisions”, express.

As is known, Rodrigo Cuba has been receiving the support of his family since Melissa Paredes’ ampay with the dancer Anthony Aranda was revealed.

Pietro Sibille was in psychological therapy after Andrea Luna’s ampay with Andrés Wiese, according to Vanessa Terkes

Samahara Lobatón tells about her relationship with Jefferson Farfán: “He loves us very much”

‘The Midnight Club’ from next week on Netflix: everything about the new horror series

Divided opinions on new costume drama on Netflix: ‘Not sure if I liked it or not’ – Paudal