Justice endorses the prohibition of League matches outside of Spain 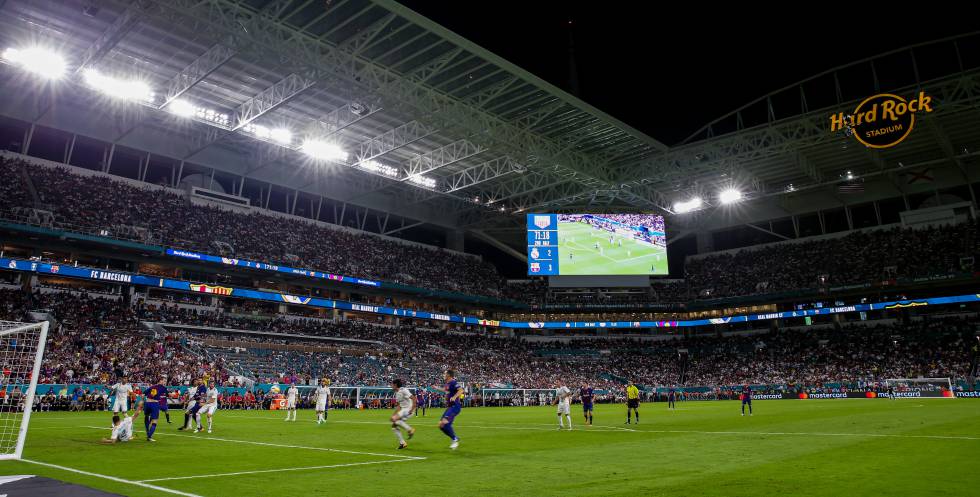 League matches cannot be played outside of Spain. The Provincial Court of Madrid has given the reason to the Royal Spanish Football Federation (RFEF) and has dismissed the appeal filed by LaLiga on the suspension of the match between Girona and FC Barcelona that was intended to play in Miami in January 2019. The judge of a commercial court of Madrid already gave the reason on this matter to the Federation in March of last year, when LaLiga sued the RFEF for preventing the match from being played.

It has been the Federation itself that has made the ruling known through a statement. “The following conclusions are drawn from the sentence notified this morning: the Spanish justice endorses the prohibition of the dispute of League matches outside of Spain, condemns the League once again to pay the costs of the judicial process and returns to pronounce in favor of the RFEF in a judicial process with the League ”, explains the governing body of Spanish football.

In addition to the opposition of the RFEF backed by justice, LaLiga previously ran into other obstacles to celebrate the match at the Hard Rock Stadium in the American city. Barcelona, ​​after a meeting of its board of directors, showed its refusal to participate in the match due to the lack of consensus between the Competition and the Federation. LaLiga accepted the resolution of the Blaugrana club, but did not give up its intentions, ensuring that they would play an official match in the United States in the same way that American sports leagues do beyond the national territory. With the ruling of the Madrid Court, that possibility has been rejected once again.