In Germany, the CDU gives voice to its members 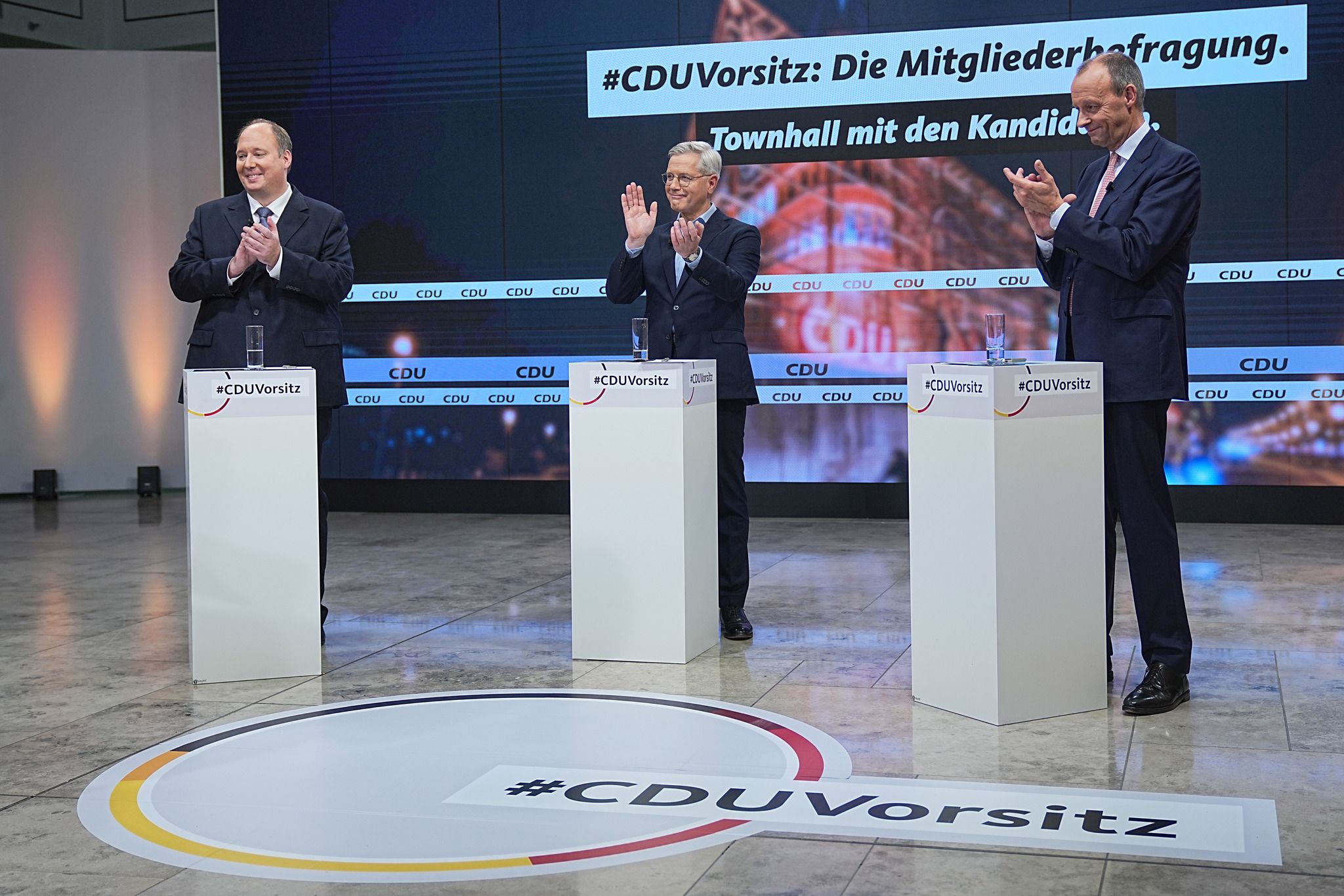 Three candidates and questions asked by members of their party, the formula is not new for the CDU. For the third time in three years, the Christian Democratic party of future ex-Chancellor Angela Merkel is looking for a leader. The three contenders for the post, Friedrich Merz, Norbert Röttgen and Helge Braun, therefore played the game of questions and answers, this Wednesday, December 1, for 90 minutes.

The base called to vote

What is new, however, is the participation of the 400,000 party members in the appointment of the leading bodies of the CDU. Usually, the leadership is elected by the delegates at a national convention.

→ ANALYSIS. Germany: at the CDU, three candidates for a seat

But this time, the base is called to vote, from December 4, hence the importance of the debate on Wednesday evening. If no candidate obtains an absolute majority, a second round will be organized. The results will then be confirmed by a national congress on January 21. Admittedly, this participation of the members is only consultative but the 1 001 delegates should endorse the decision of the base.

And for good reason. This consultation was intended to put an end to the crisis, which began in 2018, with the departure of Angela Merkel from the leadership of the CDU. A crisis which reached its peak in September with the electoral debacle of the unsuccessful candidate for the chancellery, Armin Laschet.

After sixteen years of Chancellery Merkel, the Christian Democrats find themselves in the opposition. “Grassroots participation was inevitable,” comments Tilman Mayer of the University of Bonn. “The party leadership has positioned itself very badly and its leadership has been insufficient. Eliminating the base in decision-making was no longer justifiable ”continues the political scientist.

→ READ. In the European Parliament, the consequences of the defeat of the Merkel camp

Nothing has been decided yet, but the consultation of the 400,000 members could favor Friedrich Merz. Very popular among conservative voters, the 66-year-old liberal has twice failed to get himself elected as head of the CDU, due to opposition from executives.

The question of a leadership with two rejected heads

Will this consultation of members become the rule among Christian Democrats, as is already the case with German environmentalists and social democrats (SPD)? No, decides the current secretary general, Paul Ziemiak. “Usually the party congress decides, but this time it’s a question of legitimation. The desire to involve the base was very strong after the legislative elections. This formula is the right one for the present situation but will not be in the long term ”he adds, supported on this point by the three candidates in the running.

In Germany, Merkel’s CDU wants to meditate on defeat

In the same vein, the question of a two-headed leadership, with a man and a woman, is also rejected. “The formula works with the Greens but not with the SPD” noted Wednesday evening Norbert Röttgen, not convinced that this “corresponds to the culture” of his party.

The three candidates however plead for a better attractiveness of the CDU towards young people and women, under-represented within the party and among its voters. “It could be that the political culture of the CDU evolves to more closely resemble that of the Greens and the SPD,” said political scientist Tilman Mayer. This consultation could change the identity of the CDU. “