In front of political leaders, the Pope’s plea for the reunification of Cyprus 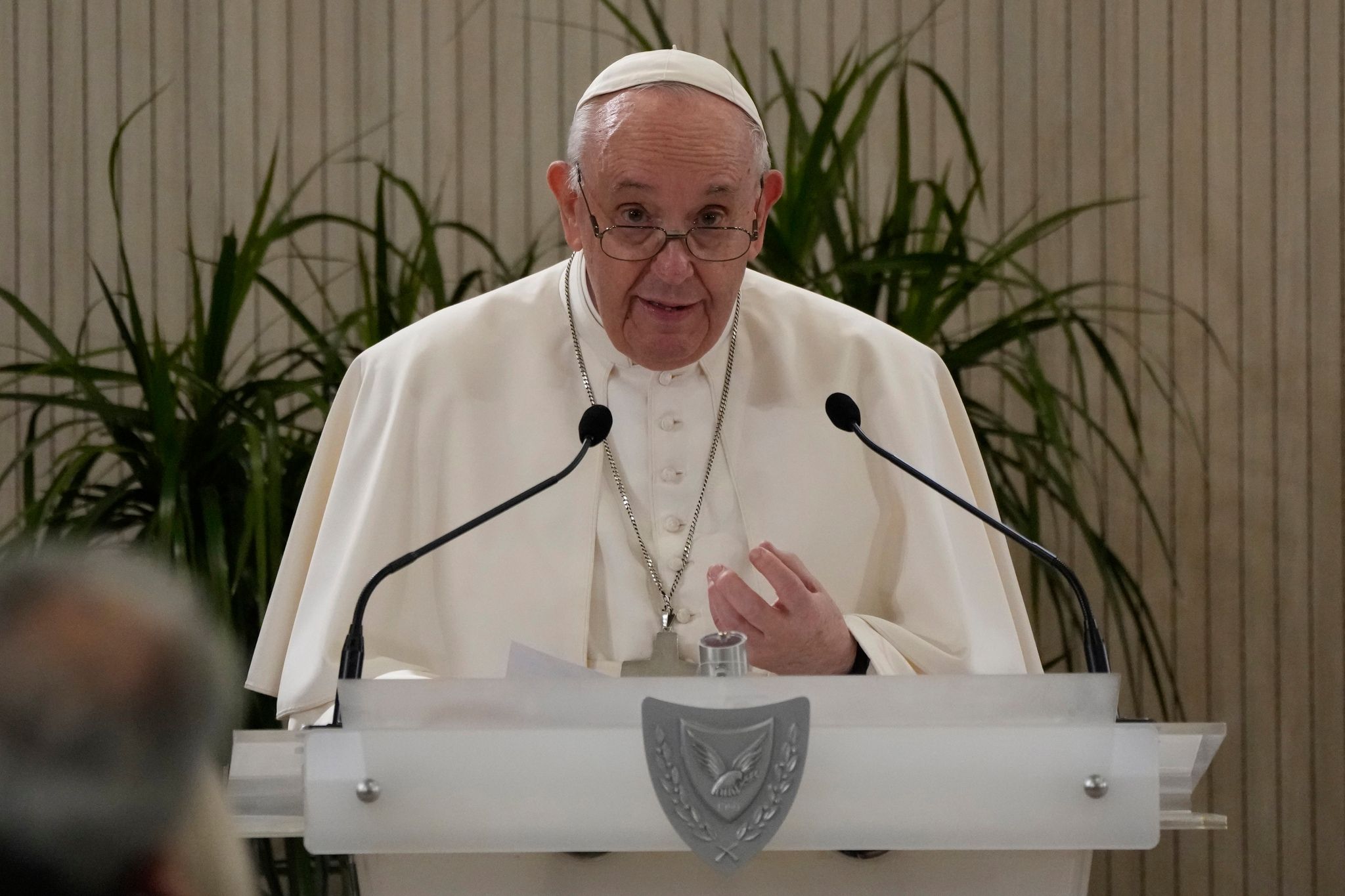 “Injury”, “laceration”, “suffering” … On the evening of the first day of his trip to Cyprus, Thursday, December 2, Pope Francis did not mince words to describe the situation on the island where he had arrived a few hours earlier, and cut in two since 1974, by a border unilaterally imposed by Turkey.

At the presidential palace in Nicosia, in front of Cypriot politicians, François notably painted a portrait of Cyprus as an island which “shines with beauty”, comparing it to a “pearl”, but struck by “difficult circumstances”. “The Pearl of Cyprus has been obscured by the pandemic, which has prevented many visitors from accessing it and seeing its beauty,” he lamented.

“But the wound from which this land suffers the most is the terrible laceration suffered in recent decades,” François insisted. “I pray for your peace, for the peace of the whole island. “

Pope Francis intervened after a long speech by the Cypriot President, Níkos Anastasiádis, in which he lambasted Turkey’s “intolerant position”, citing the island’s eastern neighbor on several occasions.

The pope, without ever mentioning Turkey, occupying the northern part of Cyprus, Francis pleaded for a constant “dialogue” between the parties. “We must help each other to believe in the patient and gentle force of dialogue, drawing this force from the Beatitudes”, Francis added. A dialogue that takes time, even if it can sometimes “stall”, recognized François.

Throughout his speech, the Pope remained faithful to the constant position of the Holy See, which has always supported the reunification of the island. A prospect that today seems more distant than ever. “We know that this path is not easy, that it is long and winding, but there is no alternative (to dialogue) to achieve reconciliation”, besides underlined François.

Faced with the blockage, François insisted on the importance of “the daily determination of the little ones” to achieve peace. As often, he broadened his speech well beyond the situation of the country from which he was speaking. “The European continent needs reconciliation and unity, it needs courage and momentum to move forward. “Before adding:” Because the walls of fear and vetoes dictated by nationalist interests will not contribute to its progress, any more than the economic recovery alone will guarantee its security and stability. “

A few minutes after this speech, Pope Francis then joined the nunciature where he was to spend the night. A building located in the buffer zone, under UN control. Between two borders.